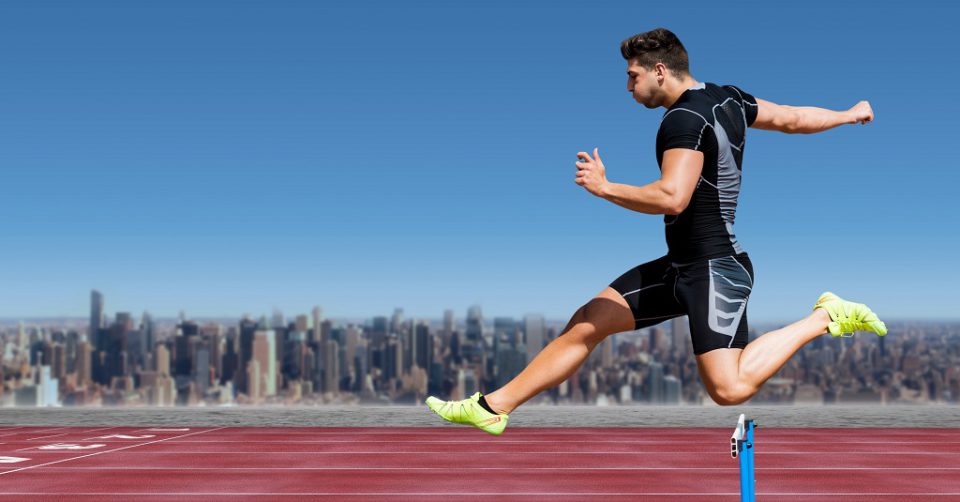 Sports is not just about game, it is a culture that need respect, habit to nurture and most importantly it demands love and passion for it. Sports academies play a crucial role in evolving the overall game of an athlete. They give deep dive into the habit, background, inclination of a sportsperson that eventually helps to improve the physical and mental aspect of the sportsperson building a proper balance and bringing out the best of it.

If we go back to early 1900, various games were taking the shape of sports, but the culture was not very visible. There was no such significant sports academy which was formulated or not in record. In India and also in most British ruled countries, in defence barracks the culture of sports was becoming popular. The Services Sports Control Board was supposed to be the pioneer on this. In 1919, the organisation started its movement with the name of Army Sports Control Board (India) and later it’s been amalgamated by all the 3 defence wings’ participation. In its 100 years of operation they have produced hundreds of international players who made Indian tricolour flying high. The most prominent names among them were, Hon. Capt. Shankar Lakshman, Brigadier Raj Manchanda, Boxers like Gurcharan Singh, Dingko Singh, Varghese Johnson, eminent 50 m rifle shooter Sanjeev Raput, pistol WC Jitu Rai, Olympic Silver medallist Viay Kumar and many more names.

India got corporate investments and several senior players gave up their career to invest their energy and excellence to make new gen champions. These sports academies seems to be the most successful sporting institutions in last 4-5 years and we hope that they will produce many more in coming years.

The stadium is named after Maharaja Chhatrasal and was built in 1980. The stadium is famous for its wrestling akhara, where Dronacharya Satpal Singh & Virender Singh coached several young wrestlers from the year 1988. The akhara produced prodigies like Sushil Kumar, Yogeswar Dutt, Amit Dahiya The academy is oldest at its genre, received multiple Olympic medals and still shaping young grapplers for international excellence.

Bhagwan Parshuram College of Engineering, Gohana was inaugurated in the year 2004, but 5 streams B.tech College was closed down its engineering facility in 2016. The College Trust was approached by Olympic medallist Yogeswar Dutt and the Trust approved the Olympian’s idea to transform the 27-acre engineering campus to a full-fledged wrestling academy. The academy was then refurbished & was running with Dutt’s personal investments until JSW Sports came forward to sponsor students. The academy may not have international wrestlers in its kitty now, but we can visualize that in 2028 Olympics, the talents from the academy would represent India on 12*12 feet mat.

In 2001 when Pullela Gopichand smashed aside World Number-I Peter Gade and Chen Hong to win the prestigious All-England Open, India thought we have got a champion badminton player who could lift our pride in big games. But, Gopichand took retirement from his playing career early due to injuries.

After quitting the court he was busy to nurture his dreams and even mortgaged his ancestral house to build Gopichand Badminton Academy. The academy was first come into limelight when academy’s player Saina Nehwal became first woman in country to reach the quarter finals of Olympic badminton in 2008.

With having the opportunity to train as a national coach from the year 2006 Dronacharya Gopichand created a perfect platform at his academy in Gachibowli, so that new generation could get actual blend of training in a single place; in recent BWF published WR, all Indian players who ranked in top-30, are produced from the academy.

In the year 2011, the shooting academy sowed its seed at Shiv Chhatrapati Shivai Stadium, Balewadi, Pune, by Gagan Narang & former Rifle shooter Pawan Singh. In 2012, Narang’s Bronze medal in Olympics boosted the dream of the academy and increased its popularity; Narang the master mind of the academy, were amazingly balanced player and hence became a popular coach.

The academy started nourishing young nursery talents for years to produce the emergent world champion like Elavenil Valerivan, international medallist like Esha Singh, Shreya Agarwal, Manini Kaushik, Yashvardhan, Viayveer Sidhu, Keval Prajapati, Shardul Vihan The academy is now spread across India with their 13 branches and trainers like former Pistol champion Samresh Jung, Ronak Pandit, Mind trainer Vaibhav Agashe shaping the students in such a way, that the academy will flourish as a backbone of the Indian team

The dream of a academy for next generation talents was synthesised in Olympian Rifle shooter Joydeep Karmakar’s mind when he finished 4th in 2012 Olympics 50m rifle Prone (M) event and missed the medal by a whisker.

In 2015, he inaugurated the academy at new Town, Kolkata and along with international player & chief coach of the academy Bibaswan Ganguly, Joydeep excelled his academy from regional level to became an internationally acclaimed facility for shooting.

The academy has set a benchmark and promising the backward shooting state of the country to provide great opportunity towards middle class family’s child to choose a different dream.

Can you imagine a player from a remote state, winner of 6 World Championship, playing in international level for 2 decades, won WC after giving birth of 3rd child and she is still left with enough energy and excellence to qualify for 2021 Olympics & running a academy to dominate the sport with next gen; That’s why she is called “Magnificent Mary’.

The academy was structured in 2006 with a vision to create a Centre of Sporting Excellence which would be the cradle to churn out Champions in the Boxing Sport and achieve Glory for India at the Olympics’. The young talents from the academy might not tasted the heat of international competitions yet, but the academy is providing great hope to the mountain covered state of north-east to bring up great talents for future.

Bhiwani district of Haryana is nicknamed as “Little Cuba’ after the state produces 4 out of 5 players who represented in 2008 Beijing Olympics and Vijender Kumar won bronze medal. Vikas Krishan & Kavita Chahal are the other prominent WC medallists, who hail from this district in recent past.

The Biwani Boxing Club (BBC) lost its glory in past few years, as they were unable to showcase any promising talents, but the district has great history of boxing culture and the state is still dominating the national youth games, so it can be imagined that the next generation of ‘Little Cuba’ will rise and fight again to beat the players from Cuba.

Started its sprint in the year 2002, Golden Girl P T Usha’s brainchild-‘Usha School of Athletics’ brings a world of opportunities to the girls of Kerala to transcend all odds and shine in the quarter mile track. The school provides a residential training facility for girls under supervision of the ex-Olympian.

Currently the school shifted to Kinaloor, a small town near Kozhikode and providing exposure to 18 young trainees. The school excel with the names like Tintu Luka or Jishna Mathew and accelerating with new batch of athletes with a motto of winning the first Olympic medal in athletics.

A venture of JSW Sports Pvt. Ltd., the institute is a multi-sports facility in Vijayanagar, Karnataka which provides a state of art sports facility with all kinds of advanced sports science infrastructure. The institute has facility to players of 5 Olympic disciplines – Judo, Boxing, Wrestling, Athletics & Swimming.

Olympic Gold Quest was first brainstormed in Sydney Olympics games village, when legendary Cue sports player Geet Sethi approached with an idea of total support for Indian Olympics. Later Sethi and Prakash Padukone started the organisation along with the support from Vishy Anand and many more.

With this effort OGQ has already set a new concept of sports academy, which not only provides a coaching or training facility under one roof, but provide all support to emerging players, guide them with modern sports concept, provide scholarship/financial support and most importantly monitor and analyse their performance to find the best result.