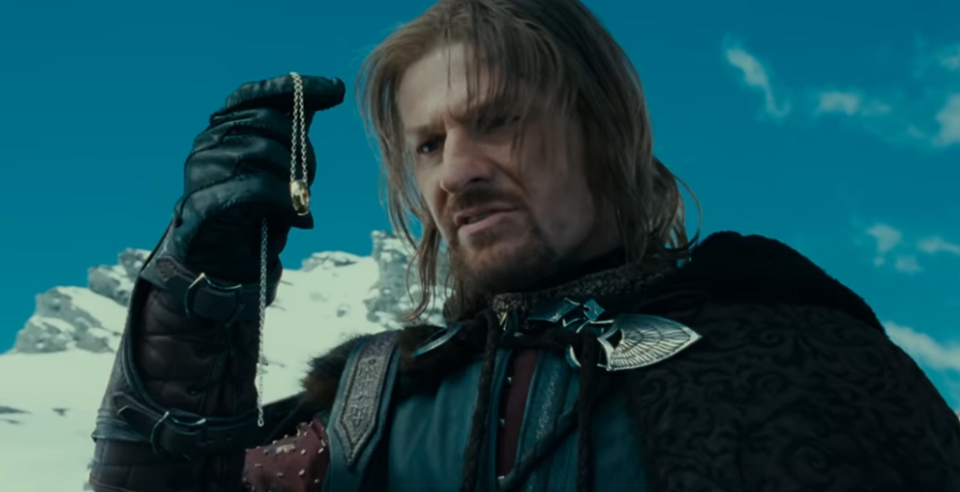 Cinema is the art form deeply rooted in the experience of the impossible and the realization of the magical. It’s where cinema started and where the biggest blockbusters spend their budgets. So, today we are going to take a look at movies that do this best. Kicking things off with this list, we are taking hot ones approach and starting our fantasy mild before dialling it up towards maximum spicy which means the first movie has magical elements so mild sometimes you will wonder if they are even fantasy at all. Where you get a whiff of the unbelievable but even that might just have been in your head. This is called surreal fantasy. These are our picks for the ten best fantasy films of all time, the best one is at the last:

Big Fish is a 2003 fantasy comedy directed by Tim Burton and stars Ewan McGregor, Albert Finney, Helena Bonham Carter, Daniel Wallace, Billy Crudup and Jessica Lange. This movie best engages the gray area between the real and the imagined. Tim Burton’s tale of a young man getting to know his dying father by chasing down the tall tales he used to tell. It is a fantasy that engages with the core function of fantasy in our lives. Investigating the emotional roles of story and authenticity and imagination in our lives, it succeeds mightily in each capacity, both as a thesis on the purpose of narrative and as a storybook fable, all its own. Winding Edward Bloom along a blurry path between fact and fiction, chasing down witches and giants and hidden utopias in pursuit of the truth of the man who sired him and arriving at its magical conclusion finds that it is on both sides of that line. The film is a constant delight with a huge heart and a sense of magic, not as a force of witchcraft but of imagination and wonder.

Warcraft is a 2016 action fantasy film, directed by Duncan Jones and stars Travis Pimmel, Paula Patton, Ben Foster, Dominic Cooper, Toby Kebbell, Robert Kazinsky and Clancy Brown. Being one of the most famous computer games, World of Warcraft has finally come to this big screen in this adaptation. Set in a fantastical world defined by magic, supernatural creatures and a never ending war between man and orcs. Both species have to overcome their conflict and hate to survive a threat that is beyond their power.

Conan the Barbarian is a 1982 epic sword and sorcery film, directed by John Milius and stars Arnold Schwarzenegger, James Earl Jones, Sandahl  Bergma, Cassandra Gava, Sven – Ole Thorsen and Robert E. Howard. The best word to describe this all time classic is probably ‘epic’. In this story we follow a boy whose parents were murdered after being enslaved in a so – called wheel of pain. Conan grows up to be a man training to become the ultimate killer. Now his goal could not be clearer, to seek vengeance for his loved ones.

The Chronicles of Narnia is a fantasy film series directed by Andrew Adamson and Michael Aptid and stars Geogia Henley, Scandar Keynes, William Mosley, Anna Popplewell and Ben Barnes. It is based on a series of novels by C. S. Lewis. We all seek the dream of an adventure greater than the world bound to reality. We all want to free ourselves from the tangles of our lives. This is what happens to a group of siblings escaping from world war after accidentally entering a fantastical world beyond logic. We follow these children on their emotional and physical growth to become the kings and queens of Narnia. And the most important reason to watch this series is ‘Arslan’ the great alpha lion of Narnia, who stole the show from all the humans in the movie.

The Dark Crystal is a 1982, puppet animated dark fantasy film, directed by Jim Henson and Frank Oz. Set in a truly fantastic world that is threatened to lose its purity and beauty. Two brave but tiny Gelflings have to go on the journey of their lives to save everything that makes their home the place it should be. But dark forces are on the horizon and time is running out in the stylistic refreshing take on fantasy.

Labyrinth is a 1986 musical fantasy film, directed by Jim Henson and stars David Bowie, Toby Froud, Brian Henson, Shelly Thompson and Jennifer Connolly. Fifteen year old Sarah is annoyed by her baby brother just like all older siblings are. But when her dream that he would just vanish becomes true as fantastical creatures kidnap the boy, an adventure begins that she never asked for. Because in this magic labyrinth, no creature and no mystery is really what it seems.

The Never Ending Story is 1984 German fantasy film, directed by Wolfgang Petersen and stars Noah Hathaway, Barret Oliver, Thomas Hill, Patricia Hayes, Gerald McRaney and Tami Stronach. It is heartwarming, beautiful and also masterfully crafted to be an adventure on the big screen. We are told the story of two protagonists, one kid in the real world, dealing with the death of his father, who finds a book called ‘The Never Ending Story’ and this book’s protagonist in a world that unfolds itself as the boy keeps reading.

The marvel cinematic universe started with the movie Iron Man 1 in 2010, where Robert Downey Jr. aka Tony Stark builds a humanoid metal suit in order to escape captivity of terrorists who wanted him to build a missile for them. That movie was the beginning of the saga that no one ever even imagined would possible. Today the Marvel cinematic universe consists of 24 films divided into 4 phases. And this does not include the animated movies or the multiple TV and web series. Marvel’s phase 3 ended with the movie ‘Spider – Man: Far from Home’ in the year 2019 and the production house commenced its phase 4 with  the Black Widow movie in July 2021. If not for the COVID situation, marvel would have completed half of its phase 4 till now. However, MCU still has 3 movies lined up to release in 2021, 4 movies in 2022 and 3 more in 2023. Marvel has created a whole separate world of fantasy and it is too good in all aspects.

The Hobbit is a high fantasy adventure film directed by Peter Jackson and stars Ian Mckellen, Martin Freeman, Richard Armitage, Evangeline Lilly and Benedict Cumberbatch (he voiced Sauron and Smaug the dragon). Being a prequel to the legendary Lord of the Rings trilogy, this story gives the world of middle earth depth, by crafting the beginning of it all. We follow the halfling Bilbo Baggins on his journey alongside a group of dwarfs who could not be more different to create a bond that needs to overcome orcs, magic and even a dragon.

The Lord of the Rings is an epic fantasy adventure film series directed by Peter Jackson and stars Elijah Wood, Ian McKellen, Viggo Mortensen, Liv Tyler, Sean Astin, Cate Blachett and Orlando Bloom. This trilogy should  be watched in the exact manner it was made, that is all at once, even without getting up for a loo break. Taken as a whole, the trilogy is a grand fantasy opus so very worthy of its equally legendary source material. The world building is massive yet so sublime, the musical themes are bigger still the battles are unforgettable. The expanse of the narrative is shocking and the visual effects would still be astonishing if they came out today except the films are now almost 20 years old. Getting to the end of the seventh and final ending of the return of the king is one of the saddest cinematic experiences out there, even better than iron man’s sacrifice in the ‘Avengers : Endgame’. This all time iconic movie tells the story of middle earth, a place of peace and easiness, at least that’s how it seems. But the dark forces are on the horizon and a group of friends who could not be more unsuitable for this mission have to go on the adventure of their lives to save everything they ever lived for. Once you are done watching, there is really nothing quite like the lord of the rings, which is why we think it is one of the best fantasy movies / trilogies of all time.

This was our list of the top ten best Hollywood fantasy movies that we think you should definitely give a watch. Now, we know that there might be some movie or movies that you think should be on this list and they are not. The thing is, we have curated the best of the best in the list above, be it the new vfx heavy CGI works or the old classics and when dealing with such a wild range, it is possible that some movies might have been omitted. Still, we hope that you enjoy these movies with a bowl of popcorn in your lap.