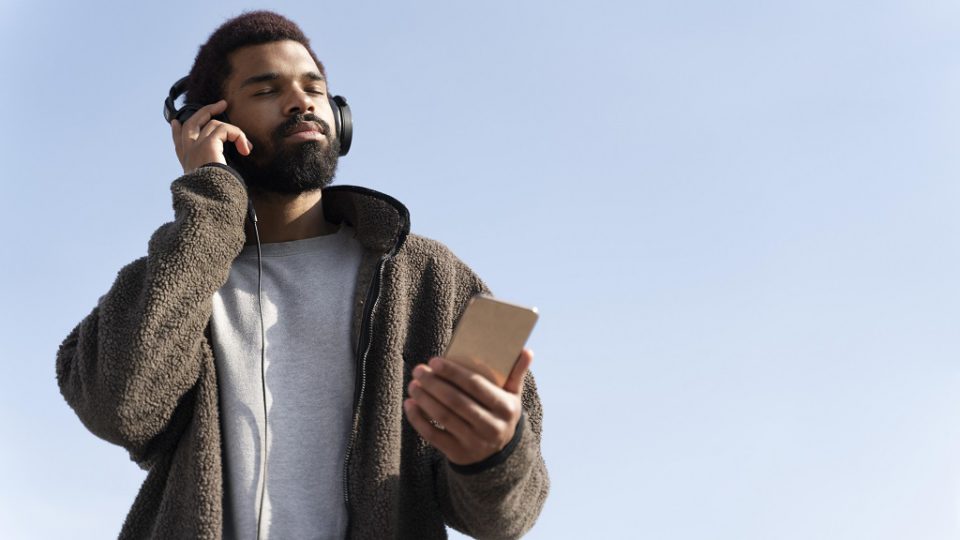 Audiophile-quality headphones now are available from more firms than it has ever been. The spike in interest has spread beyond the headphone community, with an increasing number of customers attending personal audio trade events all over the world, transforming what was once a modest cottage sector into a multi-billion-dollar industry.

However, not every pair of headphones is the same. While all modern headphones have the same goal in mind: to deliver music to our ears without sacrificing comfort, mobility, or violating other people’s auditory range, some are just superior to others. Noise cancellation, Bluetooth connectivity, and clean sound are all features of this speaker. These are just a few of the high-end features many customers expect from their headphones. Premium features, on the other hand, are not found in low-cost headphones.

Consumers might easily spend $10,000 on a headphone system due to the increased degree of quality. Nevertheless, for some music fans, a high-end headphone system offers various benefits over a comparable home audio system, including portability, space savings, and comparable, if not superior sound quality.

It’s difficult to envision a list of high-end headphones that don’t include Sennheiser. It appears that the company is pursuing every possible niche and creating high-quality headphones. That’s exactly what they did with the Sennheiser HD800. This model is huge, and the sound it makes is massive. With the largest transducers ever utilized in headphones, these speakers could only deliver loud, clear sound.

The original HD 800 stood atop the headphone world’s iron throne for a long time. Their objectivity & transparency at the reference level were admired. They were much more of a great thing for some people, which explains why the warmer-sounding planar magnetic headphones that took off its crown piqued people’s interest. The HD 800 S are a revamped version of the over-the-ear open-back Teutonic classics, with updated driver technology, improved manufacturing quality, and a much smoother presentation that is world-class on many levels. The price is $1600+

This headset is nothing more than another audio device again for the average person. Those who are familiar with instruments and devices, on the other hand, will quickly notice the headphone’s two distinguishing traits. These planar magnetic headphones have a 0.001mm thin driver, which is a remarkable feat of engineering. Other features include a sophisticated asymmetrical magnetic circuit, three-core cable, polyester earcups, and an ergonomic shape that should make them comfortable to wear for long periods. However, if you’re spending more than £2500 on them, you’ll almost certainly do.

Although the more costly HiFiMan headphones have a lot to offer in terms of sound quality & distinctiveness, we think these are our favourite because of their transparency, powerful bass response, middle resolution, and general comfort. One can wear them for hours without becoming tired but bear in mind that these are open-back headphones, which means that everyone can hear what you’re listening to and be jealous.

Given Grado’s great ratings and awards throughout the years, calling this the best headphone they’ve ever made is a bold assertion. The PS1000e is part of Grado’s Professional Series, which was modified (along with a slew of other models) as one of the ‘e’ Series, bringing the company’s eye for detail to a whole different extreme. Right down to the adhesive, every single component was carefully chosen. They have an unusual design made of tone-wood wrapped with metal alloy, which reduces ringing and distortion. How many more headphones have mahogany that has been handcrafted?

Following that, we get a pair from these on our list of the world’s most costly headphones. Grado boasts that these are the best headphones they’ve ever manufactured, which is understandable given how meticulously they’ve scrutinized every aspect and hand-selected each component. This set of $,2030 headphones is made of hand-crafted wood and might last you a lifetime! These cost $2030.

Meze Audio is a modest Romanian headphone company that has become a household brand in the audiophile community. Meze spent the last few years building their planar magnetic Empyrean, which takes a backseat to very few headphones at whatever price point, after establishing their credibility through their inexpensive and award-winning Classic 99 headphones. The Empyrean’s imaging and midrange resolution are nearly hypnotic, and they’re only limited by the quality of the amplifier they’re connected to. Meze Audio understood that their $3,000 statement would have to look the part, and this is industrial design at its finest.

Meze, a Romanian company, decided to stretch out and offer a more premium product after initially solely creating inexpensive headphones. The Empyreans may appear to just be ordinary in comparison to many other headphones in this price range, yet they stand out for their outstanding audio quality, astonishing affordability, and general comfort. These would cost $2999.

Audeze led the planar magnetic revolution and has received more praise and criticism than any other company in the category; something which occurs when you push the limit with novel speaker technology while simultaneously charging $4,000 for a pair of over-ear, open-back headphones. Audeze headphones enliven music like few other items, but they might feel like you’re carrying a suitcase on your head and consume a lot of power. The LCD-4z sounds even better when you have a better headphone amplifier. This can also be used with a smartphone or DAP, and we like the lightweight design. Did we mention they’re $4,000 each? That.

How about an extremely tiny nano-grade diaphragm, two Fluxor magnetic arrays with exceptional efficiency, and a cast-magnesium chassis that makes the LCD-4 ($3995) lower in weight? Furthermore, because the LCD-4z does not require an amplifier, it may be powered directly from the aux port of your favourite listening device. Certainly, it’s worth more than £3,000.

Focal is a leading loudspeaker manufacturer in the world, and its patented beryllium drivers are found in some of the most costly loudspeakers available. Their $3,000 asking price is indeed a bit high for a pair of closed-back dynamic headphones, however, the build quality, comfort, accessories, and reference-level sound quality are difficult to argue with. The Stellia is designed for those who want to hear everything, which might or might not be a good thing depending on the quality of your source or music. Deep bass is delivered by the Stellia, but it is cerebral rather than visceral. One significant advantage is that they have a low impedance, making them suitable for use with smartphones.

When compared to Tournaire’s Focal Utopia, these cans are a relative value at £2795. Where the original Focal Utopia shines brightly at home, in a quiet room, with a strong enough system, its open-back design means that outside of certain conditions, there is far too much sacrifice and if you absolutely must have a closed design, the Focal Stellia’s is the way to go.

Of course, not all expensive headphones have to also be over-ear models. Astell & Kern’s in-ear headphones will set you back $3299 (£2700). There are 12 patented balanced armatures in each earpiece: quad low, quad mid, and quad high. A 3D printed chamber houses every 12-driver configuration, allowing for a thinner shell design while using ‘freqphase’ (a proprietary A&K technology that strives to assure the exact phase and time alignment among all frequencies). Take a look at the patterns on those shells.

The first Layla was released in 2014 as a bespoke earphone. Ever since two limited-edition Laylas have been released: “Carbon Fiber Edition” and “Full Metal Jacket.” The former was the first complete Titanium earphone, and the latter was the very first Carbon Fibre earphone. This Layla AION is the newest third-generation product, and it’s guaranteed to be a success among gamers and music fans who aren’t short on cash.

This sound signature is not only dependable but also incredibly satiating. It is energetic, beefy, and nicely balanced. Layla would make you weak in the knees, especially if you listened to it for a long time.

Stax has given its ordinary SR-009 electrostatic ear speakers ($3600) a gold plate finish. But don’t assume the engineers are just showing off; Stax writes on its website that if a technology isn’t fit for music, you shouldn’t use it, no matter how high-tech it is. “Each technology must contribute towards music production,” it continues, in case people didn’t get the word. Or maybe he’s preaching to the choir, but we’re taught that.

The exorbitant price is due to a super-thin diaphragm and a silver-coated, high-purity copper wire in the cable, which Stax is known for. On cable, there is also a right and left channel indicator: a golden solid line on the left and a dotted line on the right. The only way to know for sure is to listen to the audio.

Although they perform similarly to planar magnetic drivers, the SR-009s have a more complicated design since the diaphragm is hung in an electrostatic field rather than being implanted in a thin film. The SR-009s may create sounds that are described as “deep,” “clean,” and “beautiful” by professionals.

If you’re prepared to spend $5,000 on a pair of headphones, it means you have a serious (and possibly dangerous) addiction to personal listening. While we can’t offer a cure, we can recommend giving the Warwick Acoustics Sonoma One package a great long listen; it’s undoubtedly one of the best-sounding alternatives we’ve heard.

Not only will you get a pair of open-backed electrostatic headphones for that price, but you’ll also get a specialist energizer amplifier (electrostatic drivers demand high voltages so that these headphones won’t function with standard amplification). The headphones don’t feel especially high end, the set’s headband (made of durable Nylon 12 polymer) cracked a little when bent, and the clamping pressure was a little too stiff – however, the sound is so clear and detailed that we can’t seem to help but become immersed with the music.

Electrostatic headphones are almost as unusual as it gets in the world of headphones. Due to an extraordinarily light diaphragm that is pushed throughout its full surface, rather than just the centre as in a typical dynamic driver, this type of drive unit promises a lot, from more detail and speed to significantly lower distortion than that of the others.

The Beyerdynamic T1 is an open-back headphone that is one of a kind. If you’re wondering why? It uses the customary traditional drivers but interestingly has an innovatively designed and progressively built inside that sets it apart from the other headphones. Each of these earpieces is made using Tesla-based innovation, which many say portrays a re-designed driver in light of a neodymium ring magnet with streamlined magnetic field characteristics, and these legendary tilted tesla drivers ensure its signature spatial sound.

It might sound very re-engineered and quirky to most laypeople but the specialization is what makes the sound quality and product something that every individual can relate to, giving them a musical experience. These headphones come with breathable and replaceable ear pads made of memory foam giving you a comfortable as well as sophisticated experience right at home. It also has double-sided connection cables that are detachable made with high-quality copper cables covered with fabric making it safe for you. To make it ultra-special it is handmade in Germany where they focus on the highest standards to strive for perfection. It delivers a cutting-edge quality of sound that is crisp and clear, making it stand apart from the other headphones.

Top 10 Richest Footballers in the World. Neither Messi nor Ronaldo are at the top.