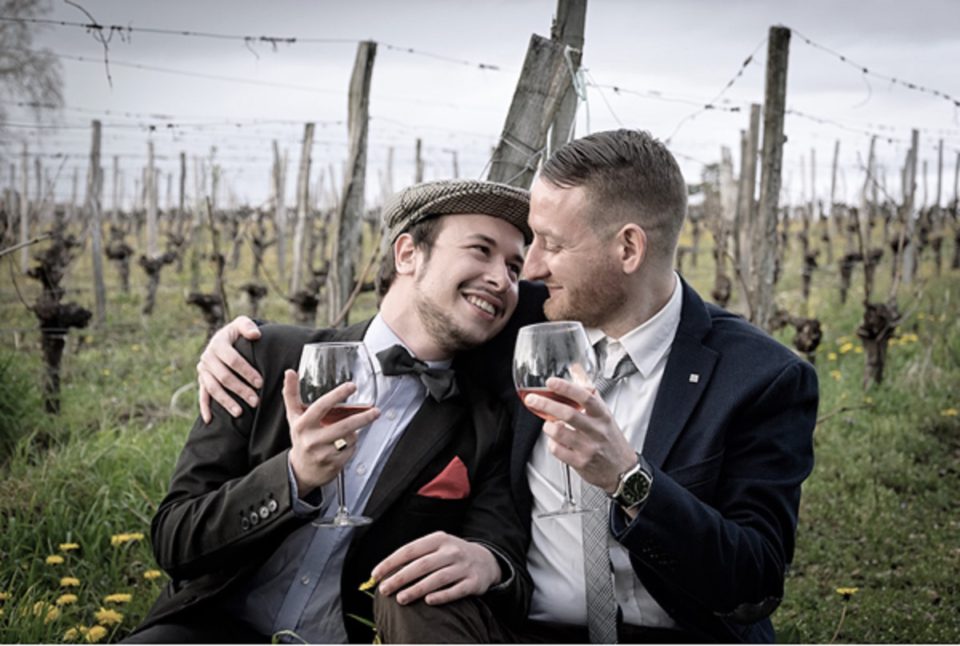 Since the past few years, we have seen a considerable rise in gay dating apps. In 2022, there are more than 1500 dating apps in which people belonging to all genders find their perfect match. Although many dating apps narrow it down to cater personal preferences of the users, some help us in finding a true companion for a long-term relationship as well. We know that LGBTQ community and gays struggle the most to find the right spot. But now, they need not lose hope as we have gathered some of the best LGBTQ+ dating apps for queers, men and women where they can find their perfect match easily.

Lex is one of the top LGBTQ free dating apps which allows you to link your Insta handle in the profile. The main intention of the app is to highlight your short handle and bio. Lex was formerly known as PERSONALS and was inspired by the women run exotica magazine printed during the 80s and 90s. Personals were written by lesbians where they informed about their romantic desires and social needs. Lex is a social app that connects queer friends and lovers. It adheres to a zero-tolerance policy regarding creepy messages, racism or ableism. Maintaining a healthy community is their top priority and is perfect for the ones who are still looking for their companions.

Launched in 2009, Grindr is a popular LGBTQ dating app where more than 3 million active users across 196 countries connect with their friends and partners. Grindr is perhaps one of the largest social networking apps used by queers, gay, trans and bi people. The app is user-friendly and useful to a large number of users, people find their perfect match easily. The grid layout in the app helps users to go through the profiles of others. People can list their HIV status or STDs to raise awareness and make safe matchmaking within the LGBTQ community.

Scruff is sometimes referred to as simply another hookup LGBTQ dating app, but it does include functionality geared to bring you, someone, to return home to for the rest of your life, ranking it one of the top LGBTQ dating apps. Scruff, in fact, has several positive stories when it comes to connecting people with long-term or life companions. Scruff Match is a tool that simplifies the process of finding your forever sweetie and creating a healthy homosexual relationship. This technique is designed to match people depending on their preferences.

Sometimes called Romeo, PlanetRomeo is a social networking site meant specially for the transgender, bisexual and gay communities. PlanetRomeo is the most popular dating app launched in 2002 and has become immensely popular due to its user-friendly and high-quality features. The app has a video calling facility and sophisticated algorithms that authenticates the users’ profiles according to their social network information’s. This app can be termed safest among all as it has advanced filters to list the right match, segregating the fake ones. You can share your location to find a match nearby or exchange pictures if you want.

Like another dating app Her, Hornet is more than a dating app. It seeks to promote community building and enhance social interactions. The app was launched in 2011 and is now one of the biggest gay apps available online. Like Grindr, Hornet caters to communities including queer, bisexuals, trans and others in general. Hornet also features bogs and stories centered around the lives of queers and social norms such as dos and don’ts. So, download Hornet and become its users to gather information about the LGBTQ community.

As the name says, Hashtag Open is a community-building app that can be used by everyone who seeks ethical and consensual communities. Since all communities must be respected equally, and every people’s choice must be considered, Hashtag Open provides space for all to be open and vulnerable with one another. It offers a safe, transparent and respectful space for the users where they can find their perfect match peacefully, without any kind of guilt, fear or shame.

OkCupid is increasingly been known as the “relationship” app of choice for those searching for something really substantial other than brief bedroom fantasies. OkCupid is highly renowned for being accepting of all sexual identities, in addition to providing a variety of relationship choices. OkCupid’s strongest component is most likely its compatibility percentages. It features thousands of questions you may answer, and the algorithm will compute your match % with others on the app based on your answers. Although these algorithms may not always get it right, they do make it easier to filter through the crowd by assigning people compatibility percentages.

The League is not some dating app that advertises itself as “not only for hookups.” In reality, its main concentration is on those yearning for someone to love or just be loved by. The application is officially for everyone, heterosexual or homosexual, but its queer user community is primarily made up of homosexual men. It is meant to connect people who agree to respect their partner’s job decisions, making it one of the top dating apps for professionals. As a result, its usual target group consists of professional and intellectual romantics who want their partners to be as encouraging as they are of their partner’s.

Just like OKCupid, Feeld is one of the top LGBTQ dating apps that offer inclusive space for all-gender people. With twenty options in the app, users can choose their gender and sexual identity, making it one of the most diversified platforms available. You can connect with others after searching relevant profiles or exploring the community in general. The options to pair with other profiles is very clean as compared to other dating apps in the list.

Her is a popular dating app just like Grindr where you can make new friends and build your community. The app is designed particularly for queers by providing them with a safe space to hang around with people belonging to their own community. Even if you do not want to pair with someone, you can keep checking until you find a perfect match for yourself.

With over 54 million members globally, Blued is one of the most popular gay dating applications for Android and iOS platforms. The software functions as a social media platform, allowing you to like, post, and comment, as well as meet and interact or expand your LGBTQ+ network. Aside from that, the app makes it easy to create a broadcast and securely express your emotions with the community. The software is well-known since it enables users to make unlimited voice and video calls across borders.

A leading lesbian dating app FEM is available for both iPhone and Android users. As compared to other LGBTQ+ community dating apps, FEM is unique due to its live chat rooms in which bisexuals and lesbians can make new friends, date or chat to find their perfect match. Once you log in, you can view video clips and images of other users worldwide besides connecting with them through the app.

What Is Love Bombing? How to Deal With Love Bombards?

Looking to Settle Down Abroad? These Are the Best Countries to Migrate from India

How to Grow Hair Faster for Men?