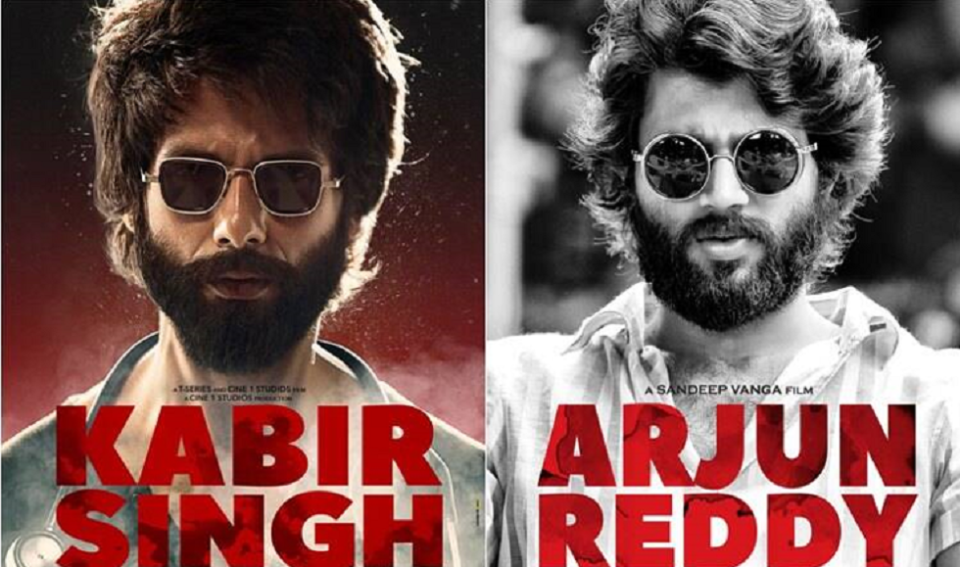 Wanted is a Bollywood movie directed by Prabhu Deva and stars Salman Khan, Prakash Raj and Ayesha Takia. The movie is a remake of a Telegu film named ‘Pokiri’ which was a super-hit film. Pokiri starred Mahesh Babu and did well in the box office as it resembles a typical south Indian movie style. ‘Wanted’ also gained a lot of fame like Pokiri and received much appreciation in the Bollywood industry.

Judai is a remake of Subhamanglam released in 1994. The film was directed by SV Krishna Reddy and starred Jagapati Babu in the lead role. The remade of Shubhamanglam was made in 1997 and was directed by Raj Kanwar starring Anil Kapoor, Urmila Matondkar and Sridevi. Although Judai started with slow opening, it got fame and good response making the movie a semi-hit in the box office.

Maryada Rammana got released in 2010 and was directed by S.S Rajamouli. Maryada Rammana was a super hit movie in Telegu film industry and hence a Hindi version of it was remade in 2012 by Ashwin Dhir. Son of Sardar starred Ajay Devgan and Sonakshi Sinha. Overall, the movie did a good business in the box office and was an instant hit.

Ready is considered as one of the biggest hits in Tollywood film industry. The Telegu version of the movie features ram Pothineni and Genelia Dsouza. This super-hit Telegu movie was remade in Hindi and given the same title, ‘Ready’. The film stars Salman Khan and Asin. The Bollywood version did better than the Telegu version and crossed a 100-crore mark in the box office.

Vikramarkudu is another Telegu movie that was directed by SS Rajamouli in 2006. The Telegu film featured Ravi Teja along with Anushka Shetty whereas the Hindi remake features Akshay Kumar and Sonakshi Sinha. The success of the movie made other directors remake Vikramarkudu in various languages. the Tamil version of the movie was named as Situthai while the Kannada version titled Vera Madakari. In Bengali, the movie was named as Bikram Sinha and Bangladeshi remake was named Ulta Palta 69.

Athadu is a Telegu action thriller movie that was directed by Trivikram Srinivas. The lead roles of the film include Mahesh babu, Prakash Raj and Trisha Krishnan. The movie was a super hit and it was reported that Athadu proved to be a turning point of Mahesh Babu’s career before which he gave many flops. The Power One is the Hindi remade of the movie and was directed by Sangeeth Sivan. The movie stars Bobby Deol, Nana Patekar and Shriya Saran. Nevertheless, the Hindi version did not work well although the Bengali version named Wanted was a hit like the Telegu version.

Ghajini is a psychological thriller of Bollywood industry and is a remake of a Telegu movie with the same title. Both the versions i.e., Telegu and Hindi version is directed by the same director, A R Murugadoss. In both the industries, Gajhini did well in terms of box office collection. The Telegu-Tamil version features Suriya Sivakumar and Asin whereas the Hindi version stars Amir Khan and Asin. Asin worked in all the three versions of Ghajini- Telegu, Hindi and Tamil.

Drishyam is a remake of a Telegu movie ‘Drushyam’. The movie stars Ajay Devgan and Tabu and did well in the box office. The Telegu version features Daggubati Venkatesh. The Bollywood version has Shriya Saran in the lead role and the movie received much appreciation from its viewers.

Kick is another Telegu movie which was remade under the same name. The action-comedy film stars Ravi Teja and Ileana D Cruz in the Telegu version. The Hindi version stars Salman Khan and Jacqueline Fernandez and was directed by Surender Reddy in 2014. Although the Telegu Kick did good, the Hindi remade did not perform well in the box office.

Makkhi is another Bollywood movie that is a remake of the Telegu movie named Eega. The Hindi dubbed film did well in the box office and its Telegu version is considered as one of the Best Tollywood industry so far. The graphics and animation in the film along with excellent acting by Sudeep, Samantha Ruth Prabhu and Nani made this movie instant hit.

Tevar is the Hindi remade of Telegu film Okkadu. The film got released in 2003, stars Mahesh Babu and is directed by Guna Sekhar. It is also one of the super-hit collection of the Tollywood film industry and was remade in Hindi. The Hindi version, however, did not work well and was unable to make enough collection as the Telegu version did. The Bollywood remade stars Arjun Kapoor and Sonakshi Sinha.

Main Tera Hero is one of the South Indian movies remade in Bollywood starring Varun Dhawan, Ileana D Cruz and Nargis Fakhri. It is the remade of a Telegu film named Kandireega which is a comedy movie released in 2011. The Telegu movie was directed by Santosh Srinivas and featured Ram, Aksha Pardasany and Hansika Motwani in the lead roles. The Hindi version was directed by David Dhawan and got released in 2014. The Bollywood version got a mixed review and sparked a comparison between Varun Dhawan and Govinda. Kandireega was remade in Bengali also and named as Paglu 2.

A Wednesday is another popular south Indian movie remade in Hindi starring Naseeruddin Shah and Anupam Kher. The movie is a remake of Tamil film Unnaipol Oruvan which was released in 2009. In Telegu, the film was released in 2009 and named as Eenadu while the English version was named as A Common man. The movie plot is written brilliantly and has many twists which unpredictably deal with terrorism.

Singham is a movie based on the life of an honest police officer. The Bollywood movie features Ajay Devgan and is directed by Rohit Shetty. The Kannada version is Kempe Gowda while the Bengali version has been named as Shot. All the three versions got released in 2011 and did well in the box office.

Yuva is the south Indian remade movie in Bollywood which got shot in Hindi as well in Tamil simultaneously. Although the star cast of the film was entirely different. The story revolves around three youth and was liked by the viewers. However, the Hindi version did not do well in the box office. The Tamil version was named as Aaytha Ezhuthu and was released in 2004.

Bhool Bhulaiya is another south Indian film dubbed in Hindi. The movie stars Akshay Kumar, Vidya Balan and Amisha Patel. The Kannada version is named as Apthamitra, Tamil is Chandramukhi and Bengali remake has been named as Rajmohol. This is the only movie which got appreciation in all the four versions equally and was admired by the masses. The Hindi remake was directed by Priyadarshan and is based on comedy-horror drama.

18. Holiday- A Soldier is Never Off Duty

Holiday- A Soldier is Never off Duty is the remake of the south Indian film which was acclaimed as an instant hit. The movie was directed by AR Murugadoss and stars Akshay Kumar, Sonakshi Sinha and Govinda among many others. The movie was a huge success commercially and successfully crossed a hundred crore mark.

The Tamil version of Houseful movie is Kaathala Kaathala and was released in 1998 starring Kamal Hassan. The Tamil version was directed by Singeetam Srinivasa Rao and produced by P L Thenappan. Although the film producer filed a petition against Sajid Nadiadwala for making a Bollywood remake without the rights issued, Houseful was able to make a smooth release. The Hindi version features Akshay Kumar, Arjun Rampal, Deepika Padukone, Lara Dutta and Ritesh Deshmukh.

Boss is one of the south Indian remade Bollywood movies which got released in 2013. The action-comedy film is a remake of Malayalam movie named Pokkiri Raja released in 2010. The Akshay Kumar, Mithun Chakrabarty and Ronit Roy starring film was directed by Anthony D’Souza. You will be amazed to know that Boss entered a Guinness World Records for making the largest film poster beating Michael Jackson’s ‘This Is It’. The film poster was 58.87 metres broad and 54.94 metres in length that was unveiled in the Little Gransden Airfield, UK.

Kabir Singh is the remake of a hit Telegu movie Arjun Reddy that was released in 2017. The Bollywood version of the movie stars Shahid Kapoor and Kiara Advani. Like the Telegu version, the Hindi remade received much appreciation and made the film one of the biggest grossers in 2019 crossing 278 crores collection.

Top 10 IT Companies in India