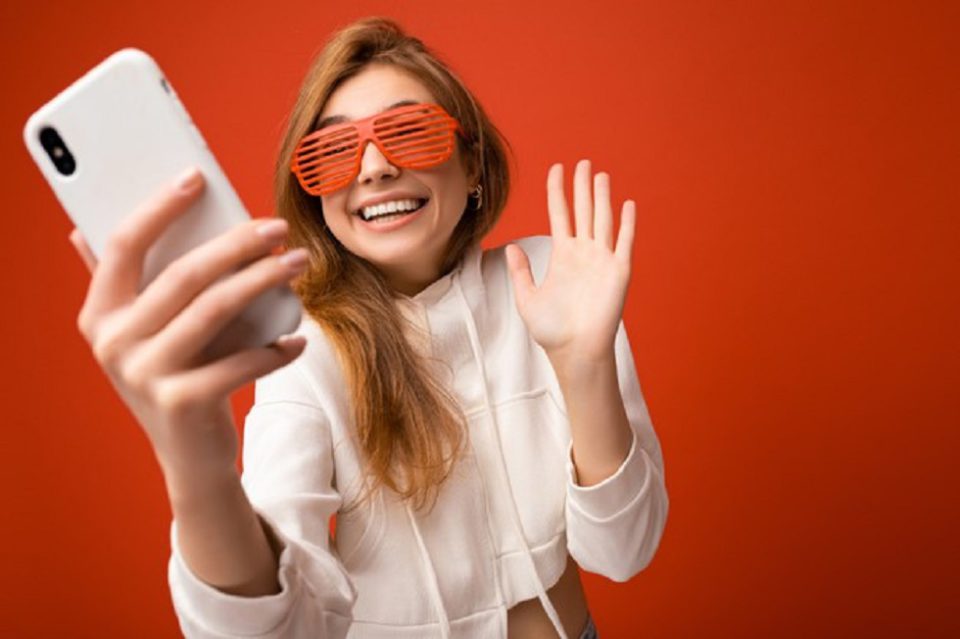 Blogging is a full-time job for many in today’s day and age. And ten years ago, India frowned upon people who introduced themselves as bloggers, questioning how they made a living. However, times have changed and how!

Bloggers are also one of the country’s highest-earning breeds. According to figures, bloggers make as much money as doctors and CEOs.

In India, the blogging landscape shifted rapidly. Urban Indians who have a passion for photography or writing are launching their websites. The new generation of bloggers on the internet will soon be a larger job market, thanks to the internet domain registrars like GoDaddy, who made website creation as simple as spreading butter on a slice of bread. You are probably wondering how much money bloggers earn at this stage. Take a stab at it and see what you can come up with. Even in your wildest imagination, you would not believe that some Indian bloggers earn over Rs 20 lakhs/month.

Komal Pandey is indeed a YouTuber and fashion blogger. With her amazingly trendy personal looks, this fashion icon has been winning Instagram. Komal Pandey, a Delhi-based fashion blogger, was named the ‘Best Fashion Blog 2019′ by Cosmopolitan magazine. Her videos contain exclusive beauty tips, tricks, and multiple makeup tutorials, as she is one of India’s top fashion influencers!

Komal uses Instagram to share some stylish photos of herself. She has 1.3 million Instagram followers (as of March 21, 2021). According to reports, her net worth ranges from $8 to $41 million. She also makes money by endorsing brands and running a YouTube channel.

Diipa Khosla, now known as a global Indian celebrity, is a beauty and fashion influencer from Delhi who now lives in Amsterdam. On Instagram, she has over 1.2 million followers. After earning her bachelor’s degree in law, she began her influencer journey. Modelling and collaborations with clothing companies provide the majority of Diipa Khosla’s earnings. If she is not blogging, she is seen endorsing brands. After reaching 100,000 Instagram followers, she was approached by the well-known fashion retailer H&M, which helped her break into the industry. She was soon featured on the covers of international magazines and billboards. Her earnings per social media post range from £900 to £1300.

Dolly Singh works as a fashion stylist for the internet media channel iDiva, but she is best known for her funny and relatable vines and videos! She began to appear in iDiva videos and became famous for her character ‘Raju ki Mummy,’ which was so popular that she went on to create other characters such as ‘Guddi bhabhi’ and ‘Shree, the artist.’ Later she established herself as a famous Indian Instagrammer.

Her net worth is estimated to be around one crore rupees, and she recently gifted her parents a house in Nainital. She has 446 thousand YouTube subscribers and 1.1 million Instagram followers. Also, she has appeared in the Netflix web series Bhag Beanie Bhag, Kitchen Khanna & conversations, and more.

This Indian Instagram influencer started her career at iDiva as a journalist and blogger, and her popularity skyrocketed once she began to act and hosting the media channel. She is well known for her character ‘Billi Maasi,‘ in which she produces amusing, frank, and unbelievably relatable images. All of this has helped her become one of the most famous Indian Instagram influencers! On Instagram, she has over 1.6 million followers (as of March 21, 2021). On Instagram, she shares some comedic videos. For Priyanka Chopra Jonas’ Instagram posts, the actor has also worked with her. Her net worth is about 20 crore rupees.

Savi and Vid are a married couple who make a good living by living their lives to the fullest. Doesn’t that sound amazing? The pair is a journalist/photographer duo who travel the globe and blog about various travel experiences, requirements, fashion, and lodging, among other stuff! What sets them apart from all other bloggers as one of India’s top travel bloggers is their passion; a burning passion for travel and each other. This will encourage us to enjoy the beauty of our surroundings and live in the moment! They have over 654K followers on Instagram. Along the way, they continued to save for full-time travel. They left their jobs to become full-time travel bloggers in 2015, after saving for ten years.

This young, wanderlust-filled individual not only blogs about travel, but it is also about travel with style. Larissa’s posts exemplify excellent material. They provide captivating photos of travel destinations with their personal touch, as well as practical DIY tips and tricks. Her fans are in for a treat when they see images that are out of this world. Larissa D’sa is among India’s top Instagram influencers, thanks to her high-quality material. Larissa earns a majority of her income by monetizing her YouTube posts, promoting various brands, and working part-time as a graphic designer. She has 582K followers on Instagram, and her actual net worth is undisclosed.

Dilsefoodie, or Karan Dua, is an Indian food blogger and YouTube sensation. He introduces lesser-known, mouth-watering food joints in Delhi in his videos. He shaped his love of cooking into a career, as per him. He enjoys dining, taking pictures, and sharing them with his followers that are over 742K on Instagram. Indian bloggers make anywhere from a few thousand rupees to 15 to 20 lakh rupees every month on average. For the first 6 to 12 months, one does not get anything. Instead, you’ll have to invest some cash to get it up and running. More than his blog, the influencer side has played well for him.

On Instagram, this self-taught baker and food blogger from Delhi has been posting delicious food. Given his broad audience, the food he prepares looks delectable and most definitely tastes just as sweet. Shivesh is the writer of the cookbook ‘Bake with Shivesh,’ in which he discusses how to master the art of food styling, among other things. Shivesh Bhatia, a well-known blogger, has a net worth of $1-5 million, as per Wikipedia, Forbes, IMDb, and other online sources. He is 23 years old. As a talented blogger, he was able to make money. He has over 524K followers on Instagram.

Beer Biceps is what Ranveer Allahbadia is known as is a top Indian health and fitness influencer! Tens of millions of people who care about fitness and wellbeing look up to this charismatic fitness fanatic. Ranveer is also a motivational speaker who believes in the power of realism. His content focuses on both personal growth and physical progress, making him a famous Indian Instagram influencer!

He has 1.3 million followers on Instagram and has a net worth of about $ 1 million which is equal to seven crore rupees.

Yogasini, or Radhika Bose, is a comprehensive Indian fitness influencer. She is a dedicated yoga practitioner who produces health, travel, and lifestyle material! She also is a TEDx speaker, and her videos feature a variety of workout workouts and yoga asanas. She has been ranked on the list of popular celebs by Wikifamouspeople. She has 411K followers on Instagram as of March 21, 2021, and has a net worth of $100K-$1M approximately.

Which is the Fastest Train in India?