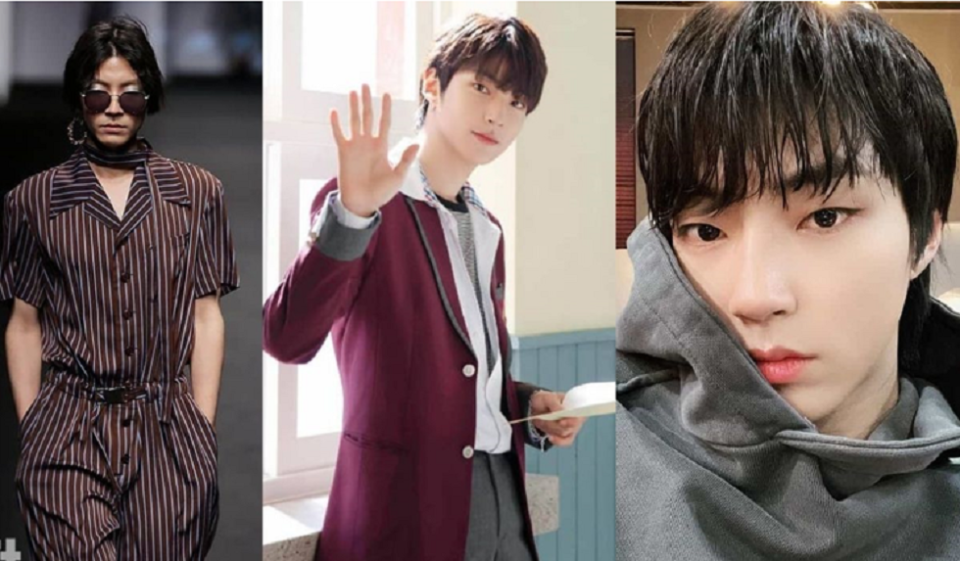 Hwang In-Yeop is one of the Korean actors who entered the K-drama some five years back and have already made sensational showbiz and fashion statements. He played a lead role as Han Seo-Jun that is a webtoon-based Korean drama named True Beauty is now the fastest rising Korean actor. Although he started his career much after the popular Korean stars, his baby-faced looks prove that timeline does not matter in the film industry rather it is the talent that makes a star-like Hwang In-Yeop.

Many people do not know that Hwang In-Yeop studied at Nikkei Jin Kai International School in Davao in the Philippines. Since he loved fashion designing, he joined Bachelor of Fine Arts Major in Fashion Design in the year 2012. When Hwang In-Yeop was in school, he was called Ryann Leon.

Why Hwang In-Yeop chose to become an actor?

It seems like Hwang In-Yeop entire family is equally talented as his little brother is a famous producer and is named Inof. He not only produces films but also sings, writes songs and own a YouTube channel where he uploads his latest songs.

In 2018, Hwang In-Yeop made his debut entry from a web drama named ‘Why’ which is a story about a 20-year-old who is dumped by her boyfriend on the hundredth day anniversary. Soon after, Hwang In-Yeop was again seen in the new online show named Freshman in 2019. This is a university-based web series that reveals college students live and how they struggle to become new school insiders.

Hwang In-Yeop first K-drama role was for “The Tale of Nokdu.”

In 2019, Hwang In-Yeop bagged himself a small screen role for a historical drama named ‘The Tale of Nokdu’. He is seen playing the role of Park Dan Oh who is an assassin and a swordsman acting as a right-hand man of the show’s antagonist.

Hwang In-Yeop appeared in the remake of “17 Again.”

’17 Again’ is a Korean remake of a Hollywood teen movie that starred Zac Efron. Hwang In-Yeop booked himself for a supporting role in the show as Goo Ja Sung, a basketball player.

Hwang In-Yeop started his career as a model

Like many other Korean actors, Hwang In-Yeop started his career in the modelling industry in 2017. It is said that he was under YG KPlus model management firm, a big entertainment industry based in Korea. Though he always dreamt to be an actor, he took up modelling initially for his love for fashion.

All the fans of Hwang In-Yeop stay quite happy and contented because Hwang In-Yeop is quite active on Instagram with his Insta handle @ hi_high_hiy. If you want to look at behind the scene photos of this actor during his drama sets, just follow him on Instagram. He occasionally posts pictures from magazine features besides other snippets of his personal life.

In many of the interviews, Hwang In-Yeop mentions his love for the Pokémon game and he lovingly showcases his knowledge about the game by naming popular game characters. He had once posted a picture of adorable Pikachu on his Instagram. Hwang In-Yeop Instagram profile picture indeed resembles that of Ditto, a character of Pokémon.

In one of the ‘True Beauty’ scenes interview, Hwang In-Yeop stated that he used to like speed skate but was not able to skate during one of the scenes in the last episodes of the drama.

Hwang In-Yeop got a motorcycle license for “True Beauty.”

In one press conference held for True Beauty, Hwang In-Yeop shared with his viewers how he had to get himself a motorcycle driving license for the show to make his persona resemble a bad boy. He took up motorcycle action lessons too and had to practice separately for it.

With a remarkable body figure and height, we can assume how Hwang In-Yeop is in sports. And he too loves basketball. In one of his movies, ’18 Again’, he plays a member of a basketball team and posed one picture with basketball in his Instagram account.

In one of the interviews with ‘Vogue Korea’, Hwang In-Yeop admitted himself of being an introvert. He said that he was so shy that it took him a lot of effort to step out of his comfort zone to start modelling. As a model, he gained confidence and he was able to chase his dreams to become an actor.

Hwang In-Yeop has already finished with his military service as required by Korean laws. So, he can pursue acting, modelling or any other role he feels like.

HRCT Reports: What is Their Significance in COVID-19 Treatment?