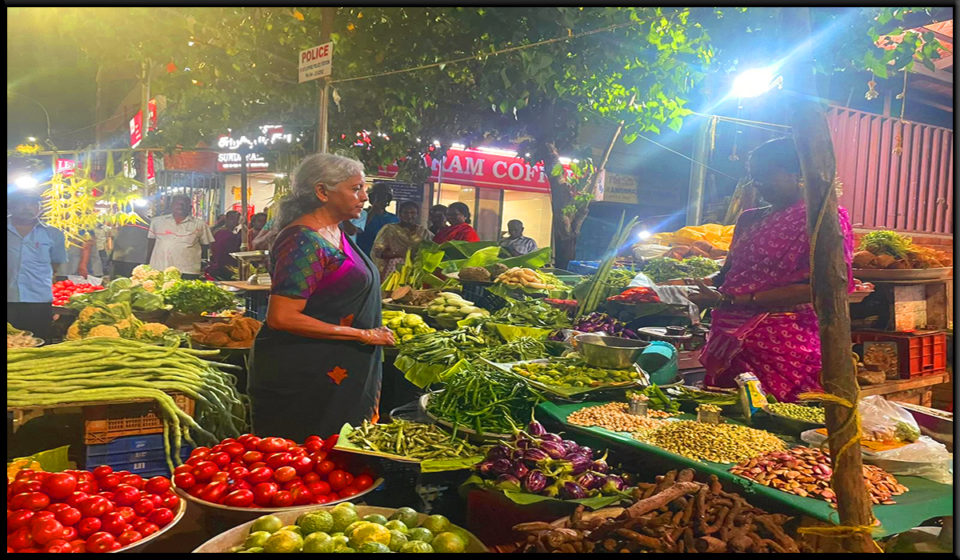 Union finance minister Nirmala Sitharaman was on Saturday seen interacting with local vendors in Chennai. She also bought some vegetables from them. A video tweeted by news agency ANI showed Sitharaman at Chennai’s Mylapore locality where she is seen picking up some sweet potatoes for herself from a vegetable basket. She also greets and speaks to locals who were present.

“During her day-long visit to Chennai, Smt @nsitharaman made a halt at Mylapore market where she interacted with the vendors & local residents and also purchased vegetables,” a tweet by her office said. The handle also posted a few pictures from her visit.

One of the users wrote “What a down to Earth approach by Madam FINANCE MINISTER. I don’t think any FM has ever purchased vegetables from vegetable Vendor Directly. This certainly gives feeling that we are in safe hands.” Another twitter user commented under the video “Hope both vendors and consumers also learned how spiralling inflation might erode their savings and steps by the government to bring it under control.” “Ma’am, ground-level understanding of people’s problem about prices of vegetables, fruits and daily necessities is needed” wrote another twitter user.

The 1:30 minute clip also showed the minister interacting with locals while she was accompanied by her security.

10 Super-Foods for a Healthy Liver