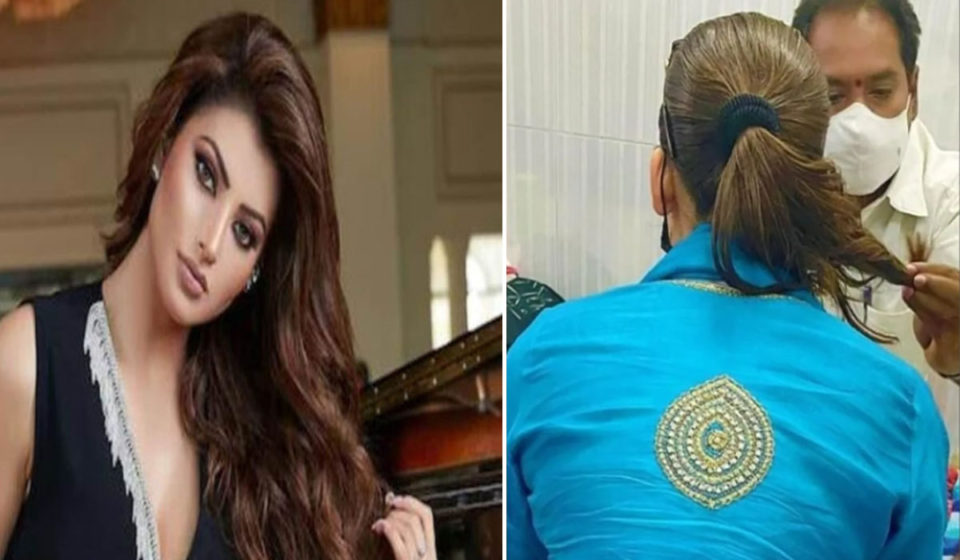 Bollywood actress Urvashi Rautela has decided to cut off her hair to extend support to Iranian women and girls who have been killed in protests at the death of Mahsa Amini which broke out last month and is still outgoing. Rautela also extended her support for a 19-year-old girl Ankita Bhandari from Uttarakhand, who was allegedly killed by a resort proprietor and two of his cohorts on the night of September 18.

Sharing photos of herself getting her hair cut, the actor wrote a long note about the protests in Iran. She took to Instagram “CHOPPED MY HAIR OFF! cutting my hair in support of Iranian women and girls who have been killed in protests at the death of Mahsa Amini after her arrest by Iranian morality police & for all the other girls. And for 19-year-old girl my Ankita Bhandari from Uttarakhand. Around the world women are uniting in protest against the Iranian government by cutting their hair. Respect Women 🙏🏻🙏🏻 A Global Symbol for Women’s Revolution. Hair is seen as a symbol of the beauty of women. By chopping off hair it in public, women are showing that they don’t care about society’s beauty standards and won’t let anything, or anyone decide how they dress up, behave or live. Once women come together and consider one women’s issue as an issue of the entire womankind, feminism will see a new vigour.” Urvashi shared a couple of photos of her getting her hair cut. However, her face cannot be seen, as she has back towards the camera.

Reason for anti-hijab protest in Iran:

Anti-hijab protests erupted in Iran after the death of 22-year-old Mahsa Amini last month for failing to wear the hijab. She was detained by the country’s ‘morality police’ for violating the Islamic nation’s conservative dress code. The anti-hijab protests have now become a global movement now.