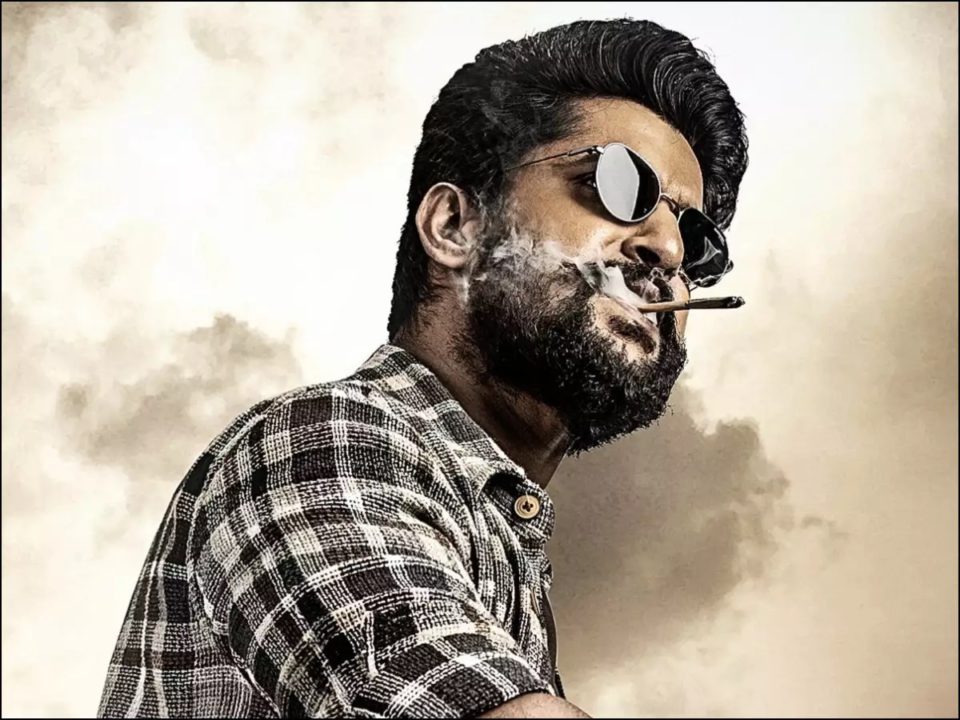 Starring amazing actors like Nani, Sudhir Babu, Niveda Thomas, Aditi Rao Telugu movie ‘V’ has been released on Amazon Prime. This was the 25th film for Nani as a lead actor where as the role of Yendluri Vishnu, he commits a series of murders and leaves information for the next murder to DCP Sudhir Babu during each murder. Let’s check out the movie review for the film: V .

V is a 2020 Indian Telugu language based action thriller film where there is a cat & mouse game for a talented police officer called Sudhir and the murderer whose name starts with “V” being played by the actor Nani.

Co-produced by Dil Raju, Shiris, and Harshit Reddy, the Telugu film “V” is written and directed by Mohan Krishna. All of them made a movie which offers viewers the desire to jump into the sea like a swimming pool.

In the movie, Nani is not to be believed, except for the fact that after every murder Nani calls Sudhir and speaks casually and gives him clues. For some people a few scenes can have the effect of dejavu.

And at one point, Sudhir focuses on why he commits murders rather than finding Nani. However Nani’s unpredictable handling of the reason why he is committing serial murders has helped keep the film alive till the last scene.

Lastly, we must mention that the over-heroism in the film also reduces the credibility of the film.

Appearing as an aspiring crime novelist, Niveda Thomas has been used for key scenes to help the policeman Sudhir Babu find Nani’s clues of murderous acts. Actress Aditi has added strength to the emotional scenes by giving a compelling performance. Also Vanilla Kishore, Rohini, Thalavasal Vijay, and Madhusudhanan have done their job well.

Sudhir Babu as DCP proves that he is the right man for the role by his appearance in the very first scene of controlling the riots.

Last but not least Nani, who has acted to the extreme of his abilities, is like 2015’s Mari Dhanush in certain scenes. Most of the characters that Nani has done so far are mixed with humor. But this is a completely serious role for him. He makes his character believable from the very first scene as a horrible psycho. It is also said that Nani himself did the Tamil dubbing. All in all, the Telugu action star Nani’s Telugu acting spiced up this movie to the maximum.

‘V’ is a film that answers questions including why the actor Nani commits serial murders and what is the connection between the policeman Sudhir Babu and him.

The film makes us wonder why these murders are happening and if the ghost of the same lover comes in revenge for the one who killed his lover? Also, why is DCP Aditya’s friend, an inspector named Prasad brutally killed by an unknown assailant? Why is there a clue at the scene? On that piece of paper, the crimes of the murdered are pointed out. Who is to blame for the next murder? The speculation is also mentioned on that slip. The killer leaves the challenge of being caught if possible. Why is he killing like this? What is the reason for that? That is the rest of the story of the film.

The film, without many spoilers, is about a killer who leaves the clue after each murder and when the clever police find it and arrive at the scene (as usual) the murder is over and the killer escapes leaving the next clue.

DCP Aditya played by Sudhir Babu acts as a competent cop initially but then he left every award shown in the buildup intro and finally surrendered his medals ( the Medal of Heroism) and pretended to admit defeat to surrender.

S. Thaman’s background music adds more strength to the scenes. The footage is eloquent and cinematographer P. G. Vinda has intimidated everyone in the theatre with the recordings of Nani’s murder scenes from different angles.

An Ultimate Guide to Renting a Flat in Bahrain

Best Romance Animes for You to Watch Right Now in 2021