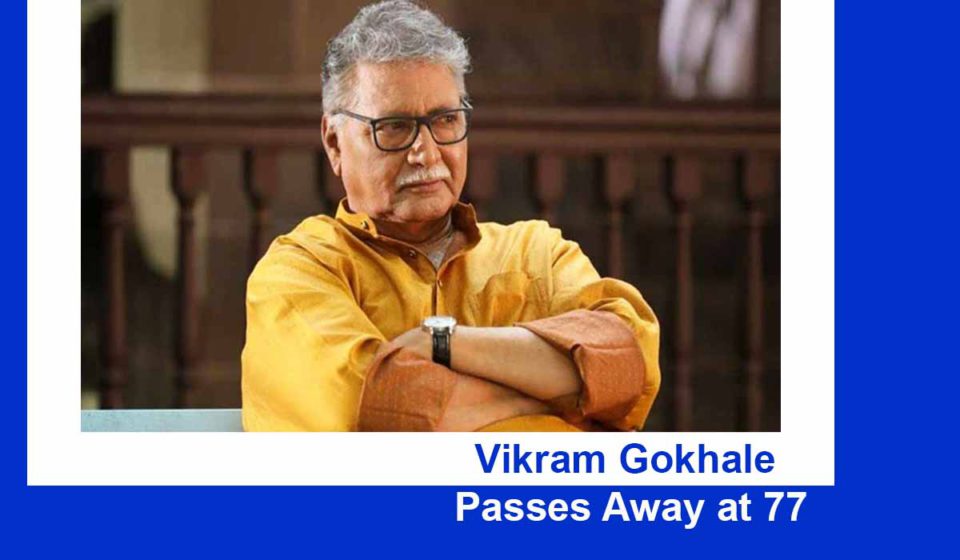 Veteran actor and the spian Vikram Gokhale breathed his last on today (Saturday) afternoon at a Pune hospital. Due to multiple organ failure, the actor was admitted to the hospital for several days and was undergoing treatment earlier this month. According to a close family friend, Gokhale’s last rites will be performed in Pune on Saturday evening.

According to doctors at Deenanath Mangeshkar Hospital where the actor was undergoing treatment, Gokhale’s health deteriorated on Saturday, and he was back on BP support medication. He had continued to be on ventilator and was critical. On Saturday afternoon he passed away. “His body will be kept for antim darshan at Bal Gandhar Auditorium. Final rites will be performed at 6pm at Vaikunth crematorium in Pune” said his family friend Rajesh Damle.

Earlier this week, rumor about his death were over social media following which several Bollywood celebrities including Riteish Deshmukh, Ajay Devgan JaavedJaafery among others took to Twitter to express condolences. Later, the rumors were denied by his family.

His wife shared an update about his health

Vikram Gokhale’s wife Vrushali Gokhale had shared an update about his health on Thursday. In a statement Vrushali had said “Mr. Vikram Gokhale is critical since last 24 hours. Doctors are trying their best. He is not responding to the treatment as expected. He has a multiorgan failure” as quoted by news agency ANI.

Vikram Gokhale, the man of the movies

Vikam Gokhale was a noted Marathi actor before making his debut in Hindi films at the age of 26 in Amitabh Bachchan – starrer Parwana (1971). He appeared in various films most notably Agneepath (1990), Hum Dil De Chuke Sanam (1999), Bhool Bhulaiyaa (2007), Natsamrat (2015), Hichki (2018), and Mission Mangal (2019), over a career spanning more than 40 years. Gokhale received the National Award for Best Actor for his work in the film Anumati (Marathi), in 2010. He was last seen in the film Nikamma alongside Shilpa Shetty and Abhimanyu Dassani which was released earlier this year.