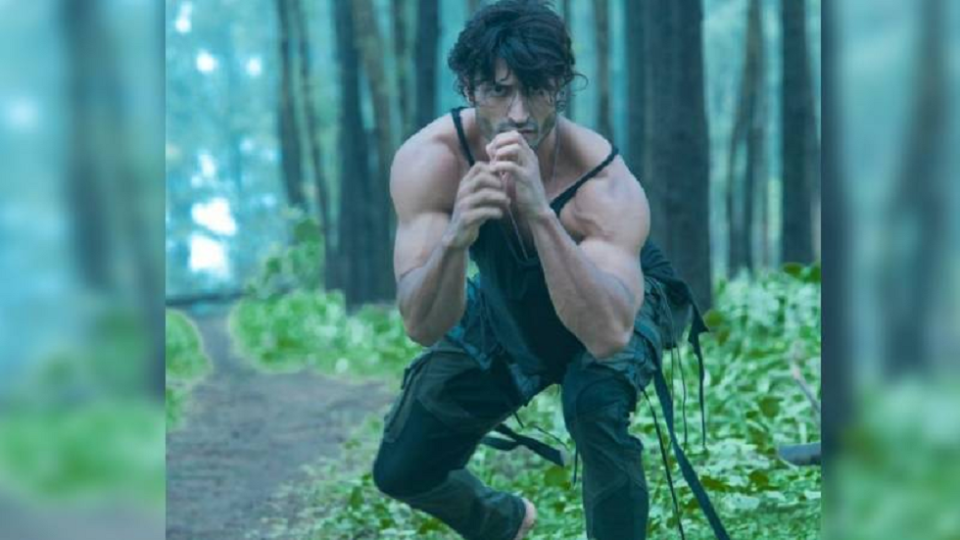 The fab and fit Vidyut Jammwal is among the top 10 people you don’t want to mess with along with others like Vladimir Putin, and “Man vs Wild’ host Bear Grylls.

Bollywood’s suave looking hunk and rising star Vidyut Jammwal has accomplished a new feat by getting his name listed among ’10 people you don’t want to mess with’. Ever since the news about the actor broke out, he became one of the trendiest topics in social media sites like Twitter. Vidyut Jammwal is trained in martial arts and performs difficult stunts in his movies by own.

About Vidyut Jammwal and early career

Vidyut Jammwal was born on 10 December 1980 in Jammu and is born to an army soldier. Due to his father’s job, Vidyut Jammwal had travelled to various parts of India in his lifetime. He is trained in martial arts from Kalaripayattu in Palakkad’s ashram, Kerala. Vidyut Jammwal started learning martial arts when he was three years old. His friends and family call him Singu.

To become a trained expert in martial arts, he had travelled to many countries where martial arts is been taught in different forms. Vidyut Jammwal travelled to some 25 countries where he performed action shows. In the year 2000, he participated in Gladrags and started living in Mumbai since then. He first became a model in Delhi in the year 1996 but then dismissed his career as a model. He made his first debut role in a Telegu film named Shakti and thereafter in Tamil and Bollywood movies.

The physical appearance of Vidyut Jammwal

Vidyut Jammwal’s outrageous looks and style have made him appear in the list of top ten people whom we must not mess with. He is blessed with an athletic body and poses a tall height of 5’11”. He weighs around 80 kg, has got 18” biceps, 44” chest and striking 32” waist. He has deep brown eyes and black hair.

Vidyut Jammwal is a fitness freak which has made him own six-pack abs, dreamt by every youth. His routine workout is followed strictly by him and his martial arts training is conducted 5 days a week. 2 days he is involved in weight training that includes pull-ups, running, warm-ups, upper body workout, handstand walks besides many others

Vidyut Jammwal is a Rajput by religion. Vidyut was a child when his father passed away. His mother Vimla Jammwal is a former Miss Jammu and Kashmir. Vidyut has a sister.

He was in a relationship with a famous TV star Mona Singh. However, they broke up and Vidyut Jammwal is unmarried as of now.

Vidyut Jammwal entry in the Bollywood

Vidyut Jammwal made his entry in the Bollywood with John Abraham starrer movie Force released in the year 2011. The movie was a remake of a Tamil film named Kaakha Kaakha. Vidyut played a negative role in the film and won many awards for the best debutant in popular award shows like Filmfare.  After his negative role in Force, he bagged many movies where he played negative roles and gained success gradually.

In 2012, Vidyut made his debut role in Tamil film industry with Billa II. He played the antagonist role opposite Ajith Kumar and earned critical acclaim for the movie. The same year Vidyut Jammwal played the antagonist in Thuppakki that became a blockbuster film. He also received the best actor in a negative role in SIMA Award function.

The next was a Bollywood film again for Vidyut Jammwal. He played the lead role in Commando and performed some real-world combat-based stunts and actions without involving any professional stunt man for his role. The movie was premiered internationally in July 2013. First, it was showcased in Montreal Fantasia and then got screaming in Fantastic Fest in September 2013 at Texas. The international media made a positive remark for the actions performed by Vidyut Jammwal and called him India’s Bruce Lee.

After Commando, Vidyut Jammwal played the role of a sharpshooter in Bullet Raja directed by Tigmanshu Dhulia. In 2014, he was seen again in a Tamil film named Anjaan along with Suriya. Commando 2 was released in 2017 which was the sequel of his first successful movie Commando. Badshaho was the next one that year in which Vidyut Jammwal played the role of an army officer, Major Seher Singh.

Vidyut Jammwal played the lead role in an American Director Chuck Russell’s Bollywood film named Junglee in the year 2019. Other projects that are expected to be released in upcoming years include Yara of Tigmanshu Dhulia, and other two being larger films directed by Ram Madhvani.

Is Kangana Ranaut Views on Nepotism in Bollywood Justifiable?