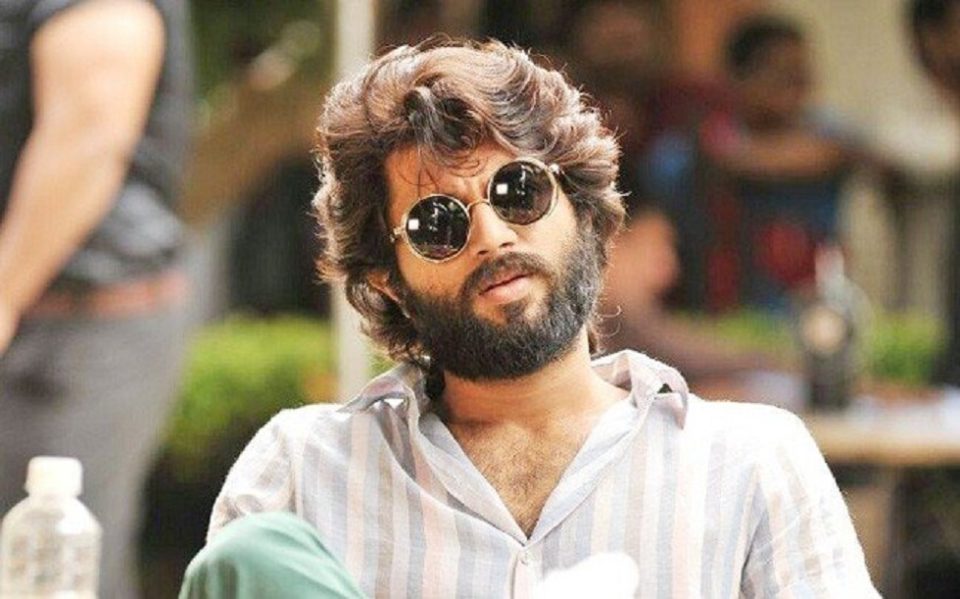 Earning ₹510 million at the box office, the Telugu movie “Arjun Reddy” directed by debutant Sandeep Reddy Vanga turned the actor Vijay Deverakonda into a star overnight. But did you know that it was Sharwanand who was offered the iconic part? Here are some other interesting facts about the Vijay Deverakonda that could blow your mind away!

Vijay Deverakonda: 7 Facts About The Actor You Must Read!

Deverakonda says his family used to call him a rowdy:

Born in Achampet of present-day Telangana, Vijay Deverakonda says he was called “rowdy” every time he did something that his family members  did not approve of. His family members include his parents Govardhan Rao (a small television serial director who quit doing them due to lack of success), his mother Madhavi (a soft skills tutor) and his younger sibling Anand Deverakonda who is also a film actor.

Over the years, the actor started using this term for himself and his fans.

Vijay Deverakonda is known to express his real opinions gathering a lot of popularity:

I don’t care what you think of the film, misogyny or the interview,” said Vijay Deverakonda

Actress Parvathy was hailed by the Internet for her honest comments about the 2017 film Arjun Reddy.

The film’s actor Vijay Deverakonda said: “I am very irritated right now. I can’t keep it in and I want to take it out. If I keep it in, it will become a tumour inside me,” reported news agency IANS.

Telugu film Arjun Reddy was accused of extreme misogyny and slammed for glorifying violence and the very outspoken Parvathy said on the show: “I, as an actor, cannot really stop a director from doing that but I can choose not to be a part of that film,” for which she has been cheered on by netizens on Twitter.

To this, the Telugu star replied: “Normally, I am very understanding. I give people the benefit of doubt. I saw that there was genuine angst and genuine intention behind these questions. But these people don’t know what they are talking about. I feel they are very misplaced. I didn’t mind the question. I love Parvathy. I admire her work. What irritates me is social media and media ‘hadavidi’. People go nuts. They don’t know what they are talking about”.

Vijay also added that the only “issue” that’s bothering him currently is: “I dislike that people are celebrating at my cost. That’s my issue. I don’t care what you think of the film, misogyny or the interview”.

“If you think of it broadly… I don’t want to justify it but it is possible that if a couple are completely in love and they give each other little hits and stuff and they completely understand and they are still in love. There might be the other case when as a kid I saw my parents – my father abusing my mother – when I come from a background like that and see a film like Arjun Reddy, it’s scary.”

“I can’t make a film about everybody’s personal lives. The director is making what he truly believes in,” he added.

Vijay Deverakonda was not the first choice for “Arjun Reddy”:

Earning ₹510 million at the box office, “Arjun Reddy” by Sandeep Reddy Vanga had the whole world debating about the central character Arjun Reddy. However, no one can deny that Vijay Deverakonda nailed the portrayal of the arrogant, rebellious, stubborn, young surgeon Arjun Reddy who falls in love with Preethi. Today, the film Arjun Reddy is synonymous with Vijay Deverakonda. But according to reports, when director Sandeep Reddy Vanga learnt of Sharwanand’s performance in Vennela, he knew he wanted to cast Sharwanand for his debut film. Speaking to the Deccan Chronicle, Sharwanand revealed that he was indeed offered the role first, confirming: “Sandeep narrated the story to me first. Actually, he wanted to produce the film, but I felt that it was a big responsibility for him, so I sent him to a few producers. But they felt that it was a risky project and that’s how I couldn’t do it. I felt bad that I couldn’t do the project.”

Always a supporter of his fellow actors, Sharwanand said, “After the film became a huge hit, I feel that Vijay was the right actor for it.”

Vijay Deverakonda once said I am clueless about stardom:

The actor told IANS in an exclusive interview:

“I don’t know if this stardom people say I enjoy is true. I’m still worried if people will turn up at the theatres to watch my films. I’m still clueless about stardom because I don’t know how to measure it. Stardom only makes sense when it converts into footfalls in the cinema hall. It’s the only physical transaction that justifies it,

However, one thing he could measure and put a finger on, was his reception when he landed in an airport in Kerala to promote “Dear Comrade”.

Thousands of fans turned up and he said: “I was surprised by that kind of reception. Then again, these are people who don’t get to meet me regularly. This was their chance to interact with me. I know there are people who get influenced by what I say and will do anything for me, but the question is whether all these people will go and watch my films”.

He also once said that success allows you the freedom to truly be yourself:

“I can’t point out a few things and say these made me who I’m today. Something as small as my human values class in my school or my upbringing has in some way shaped me and my career. Success gives you the courage to unleash yourself. After the success of two films, I thought I’d start a clothing line and I did it and that’s how I want to approach life,” the actor said.

When his PR team would try to change the way some people perceive the actor, he said he’s not the President of India:

“When I have to say something or react to a faceless comment on social media, my team would want me to go easy and say it mildly. But I’m not the President of India to always say the right things. I don’t always have to be correct, do I? It’s perfectly alright for people to not understand me,” he explained.

The actor was targeted by entertainment site ‘Great Andhra’:

In a bid to help middle class families in the Telangana states and suffering due to the COVID-19 pandemic, Vijay Deverakonda (now 32 years old) newly started a fundraising drive to supply essentials through his NGO ‘Deverakonda Foundation’.

However, a series of articles against him titled ‘Vijay Deverakonda insulting poor people’ – the entertainment website came after the Arjun Reddy star questioned his relief campaign during the coronavirus crisis. They also accused the 32 year-old actor of “hungama” for coming up with the initiative.

The Telugu actor donated Rs 25 lakh from his own pocket towards this and through donations was able to fund another Rs 75 lakh to help around 7500 families -this amount came from contributions.

Infuriated with the article, the actor released a video slamming the website alleging that it was a clear hit job for not giving them an interview saying: “Two days ago, they asked me for an interview, when I denied, this is the repercussion”.

He also said: “Many actors, directors, and producers are victims to these gossip websites. Every reader is a victim, I am a victim too because they use us and feed us with false information. They will also thrust upon their wrong opinions on us and make money out of it.”

Speaking about the menace of gossip websites that have targeted him over his philanthropic work, the actor swiftly replied: “Who are you to ask me for donations? You feed off our industry. Our industry has to give advertisements for your websites. If we won’t, you threaten to reduce our film ratings. ‘If you ask for an interview, we should give, else you will write malicious articles against us, or create a false narrative against us.’”

The actor maintained that there is total transparency in his fundraising drive.