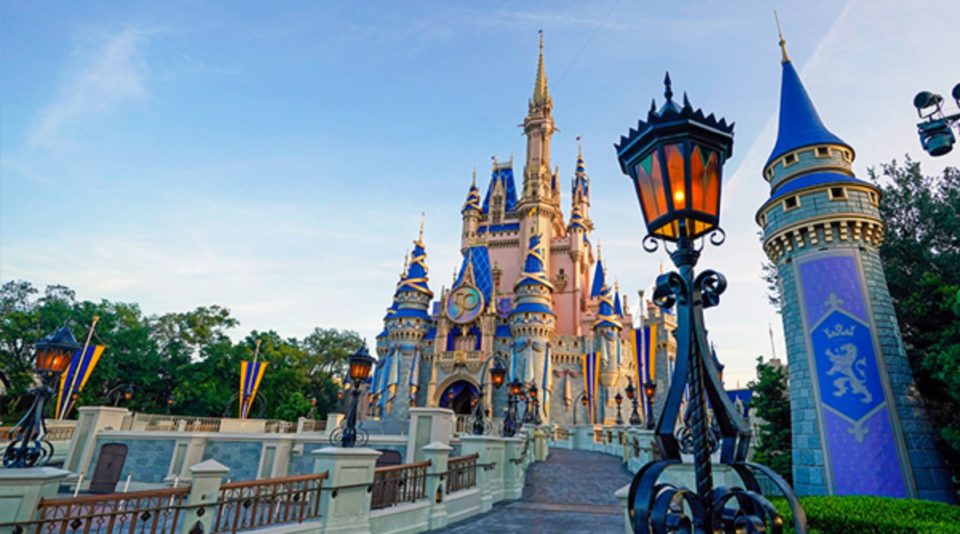 Have you ever wondered what creates magic in the most magical place on earth? Many of you must be thinking about a big castle, excellent merchandise, Disney characters, architectural marvel and hospitable staff. Well, there is more than all of these i.e., magic sprinkled on every hook and corner of Disney World. Read below to know about some of the lesser-known secrets about the Disney world that creates magic in real-time.

Although hoisting American flags without following the protocols is deemed illegal, the flags in Disney World are free from regulations. This is because most of the flags you see there either lacks a star or a stripe which means, they look like an American flag but are fake in reality. There is just one real flag on the front side of the Main Street at both Walt Disney World’s Magic Kingdom and Disneyland for which the park holds a flag retreat daily.

The dragon in the Animal Kingdom is there for a purpose

Original plans for the park included three themes, which included existing animals, extinct animals, and animals that have never existed in the real world. Although the dinosaurs and animals made their place in the Animal Kingdom, the third theme, Beastly Kingdom could not make. This area was supposed to keep dragons, unicorns and other dark sides based on the movie ‘Fantasia’. Now, imaginary animals are displayed in the Animal Kingdom through yeti on an Expedition: Everest and Pandora themed according to the movie ‘Avatar’.

Hideaway Mickeys can be found all over the park

Hidden Mickeys are unique shapes of Mickey Mouse’s round head with two separate round ears that can be noticed everywhere from works of art to fountains to boulders. Take a look over for some the next time you visit one of the parks and see how many you can find! Things that are undoubtedly supposed to be sculpted like Mickey, such as Mickey muffins or ice creams, do not really count them.

The Haunted Mansion is just an illusion

When looking at the haunted mansion, you may think about a room where ghosts disappear and dance, however, it is all an illusion. For example, the ballroom dining area where many ghosts are shown dining and dancing is not any usual projection. It is a larger version of a funhouse technique which is called pepper ghost. This technique tricks human eyes as the two rooms are shown to us simultaneously. One which we can see into and the other one remains hidden. Plexiglass sheets are placed in the main room with an angle that can reflect the hidden room’s view to the viewers, thereby revealing the animatronic figurines in the ghostly lights.

Main Street horses are much noisier than the average horse

The noise of a clip-clopping horse epitomizes classic small-town America, and Disney is well aware of this. Horseshoes with polyurethane covering are worn by the horses that stroll down Main Street. It not only improves their traction while walking, but it also makes them sound shriller.

There is a secret basketball court in the Matterhorn

One of the Disney World secrets that create magic is the secret basketball court for the cast members in the attic of the Matterhorn. Despite many of the Disney legends are fake, this is actually real. Although it has a basketball hoop with floor and backboard, it has not been made according to the regular size.

Walt’s inspection was apparently solved by the utilidors beneath the Magic Kingdom in Disney World. All such corridors cover 392,040 square feet and are home to changing rooms, staff cafeterias, prop collection, attire, and other backstage zones that the typical Disney visitor will never see. And what’s even more intriguing is that these utilidors are really not underground at all. The rest of Magic Kingdom is on the second level, while they are on the main level.

Central Florida is swampy which makes biting and buzzing insects apparent in many places except for Disneyworld. This is for two main reasons, the park designs keep mosquitoes at bay by eliminating any standing water to lay eggs and secondly, even if mosquitoes enter the park, they are getting rid of repellents having garlic in them. Mosquitoes cannot stand the smell of garlic and Walt Disney is well aware of it. So, they keep spraying garlic repellents all over the park.

Have you ever been to Disneyland? In that place, you will smell freshly baked food along with popcorn scents all the time which will make you crave these foods for sure. Moreover, these smells keep the park atmosphere fresh with freshly cooked food smell.

There is a secret suite in Cinderella’s castle

You must have dreamt about sleeping in Cinderella’s castle located in Walt Disney’s magical garden. However, it is not easy to book it to experience exclusive hotel room magic. Opened in 2006, the secret suite in Cinderella’s castle serves the purpose of catering to high-profile guests and contest winners. Some of the celebrities who have stayed in the suite include Mariah Carey, Tom Cruise and Kevin Jonas.

Although you must be aware of behind the scenes happening at Disney World, you will not be able to make out what the crew members talk about in front of you during a difficult situation, mishaps or gross accidents. Like, code ‘p’ means that a person accidentally urinated in the park while code ‘v’ stands for vomiting. Learn more about Disney World codes if you want to stay informed when in the park.

If you think that the rides you enjoy in Disneyworld have been tested only at the beginning stages, you are wrong. Many Imaginers work every day to test the rides around the park. They check whether the ride provides the same thrill and high quality or any change is required to make it more fun. If necessary, the park engineers would make changes accordingly and maintain the thrill for the audiences.

You will not find chewing gum in Disney World

One of the Disney World secrets is that people do not find chewing gum inside the park. Probably, straws and balloons are also restricted in many areas to meet sustainable goals. The parks remain clean by eliminating these things as well. While chewing gum is not allowed to be sold, it is allowed to be brought into the park. Guests are prohibited to carry balloons and plastic straws due to animals’ safety concerns.