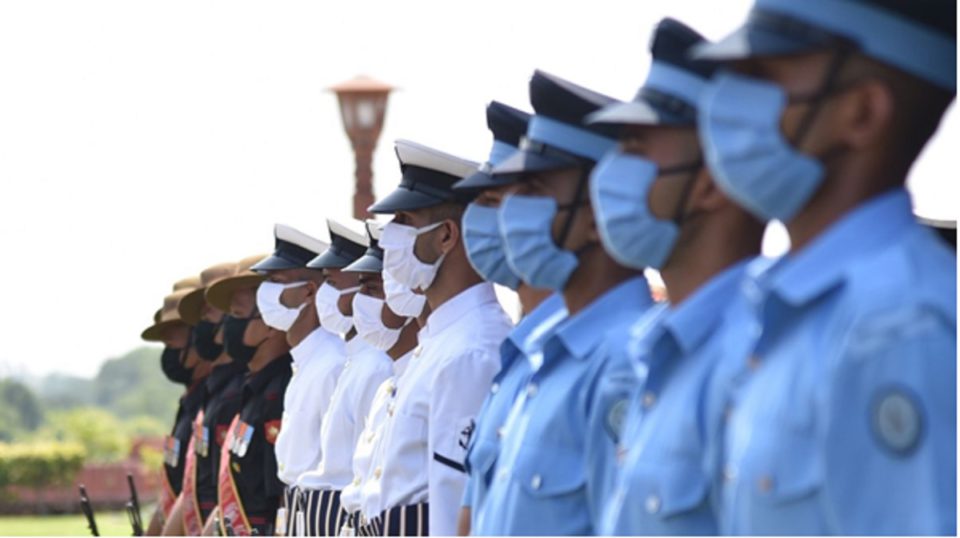 The Agnipath scheme is one of the recent schemes formulated by the Indian government to ease the burden on the defence budget. The Agnipath scheme intends to prepare the country for the times of new threats emergence. The scheme was passed on 14th June 2022 by the Union Cabinet which shall come to an immediate effect. The Agnipath will henceforth guide recruitments of airmen, soldiers and sailors aged between 17-23 to serve for four years.

The youth who joins the army under the new scheme will be called Agniveers while their enrollment will be strictly based upon an ‘All India, All Class’ basis. Agnipath can be claimed as a radical departure from the earlier recruitment policy that recruits youth to serve the Indian army for at least 17 years before they can retire with a pension. Agnipath’s scheme intends to bring a positive change to the Indian army with the tech-savvy armed forces and attract young talent able to stimulate technological trends besides enhancing the age profile of the armed forces.

The new Agnipath scheme under which the Indian government will recruit 46,000 Agniveers this year applies to the non-officer cadre of the armed forces. The scheme will attract young talent and provide them with many attractive financial packages along with permanent tenure. The army will reserve a maximum of 25% of an Agniveer batch yearly to extend their work tenure. In short, the youth who will pass the test and get recruited to serve the Indian army under the new scheme Agnipath will be called Agniveers.

What is the primary intention behind the Agnipath scheme?

According to the ministry, the Agnipath scheme has two main objectives. First, the government wants more youth to get involved in the Indian army and engage them for at least four years. The policy is designed in a manner that will reduce the average age of the armed forces from 32 years to 24-26 years. With active border disputes and hostile neighbours that have led to many face-to-face combats recently, the armed forces demand a young force that can act promptly.

The second reason can be attributed to the financial costs associated with the manpower costs of the MoD. The short tenures of Agniveers will see that the maximum salary outgo for at least 75% of Agniveers is capped at 40,000 rupees which are lower than the senior soldiers. The savings in bulk can, however, grow the pension amount. With three fourth of the batch being removed after four years of service, this will save the government a huge amount by saving post-retirement pension benefits. In order to effectively counter security threats, this money will be used to channel and modernize army infrastructure.

Who can apply to the Agnipath scheme?

The new scheme allows Indians aged between 17 to 21 (23 for the current year) to apply for the post of Agniveer. They will be recruited below the rank of an officer belonging to the three wings of the defence forces. The recruits will be allowed to serve for no more than four years and shall not be granted any post-retirement pension or ex-servicemen status. One-fourth of the batch will be retained on regular service terms for the next 15 years, and their selection will be based on merit, willingness and medical fitness.

When will Agnipath recruitment start?

What will be the eligibility criteria for this scheme?

As disclosed by the defence minister Rajnath Singh, all the three wings or services will be enrolled through a central online registration system having specific rallies. The campus interview will be taken care of by technical colleges like Industrial Training Institutes and the National Skills Qualifications Framework, among others. Youth between the ages of 17-23 can apply for the post provided they meet all the medical requirements for enlistment under a particular category. Regarding educational qualifications, it will depend on the category like General Duty or GD soldier requires to have a minimum of Class X certificate.

Are girls eligible to apply for Agnipath Entry or is there any reservation for girls?

Although no reservations have been made for girls under the new scheme, girls aging 17-23 can apply for the posts available in the three wings just like men.

What is the salary package under the Agnipath scheme?

The new Agnipath scheme salary package for the first year has been kept at Rs 4.76 with an up-gradation up to 6.92 lakh in the 4th year. Post-release of the Agniveers, the Seva Nidhi package will be provided to them which is approximately 12 lakh INR, tax-free, and including interest. They will also be provided with non-contributory insurance coverage of 45 lakh. If the Agniveers are provided with a skill certificate during their tenure, they can get job opportunities post-release easily. Apart from it, Agniveers will be subject to several allowances and death or disability compensations.

What are the terms of service under the Agnipath scheme?

Agnipath scheme will recruit youth for a tenure of four-year service amongst which 25% will be retained each year in the regular cadre. The selection will be completely merit-based, with medical fitness and willingness. They can continue to offer their service for the next 15 years and be granted pensions and other allowances just like current soldiers. While 75% of Agniveers get released after four years with a ‘Seva Nidhi’ package, their skill certificate or easy bank loan permissions can help them in choosing a second career.

Is the Agnipath scheme beneficial for the country or not?

According to the Government of India, “India’s youth is set to play a crucial role in realizing the dream of building an Aatma Nirbhar, Sashakt Bharat. And Agnipath scheme will take them a step closer. It is a unique opportunity to fulfil their dream of joining the Armed Forces & serving the Nation.” “The scheme will not only empower, discipline & skill youth with military ethos in civil society but also improve battle preparedness suited to the changing dynamics.”

This means the government plans to empower the youth to serve their nation and contribute to national development. The armed forces will indeed become younger and more vibrant under the new scheme while the Agniveers will be provided with a good financial package to support their second career. During the turbulent times of pandemic and when the society is facing job crises, this new scheme can offer great opportunities by training Agniveers with best military ethos and well as enhancing their qualification and skills. The youth will be more disciplined and prepared for unexpected security threats to the country.

Criticisms and opposition against the Agnipath scheme

After the scheme was officially announced on 14th June 2022, India encountered many protests, violence and arson taking place all over the country. The reasons behind the protests were safety concerns and the loss of permanent government jobs. The new scheme does not allow pensions like previous recruitments and claims to be a negative impact on the country’s defence preparedness.

To make it look attractive, the Indian government introduced various incentives, including age relaxation by two years along with job reservations for selected Agniveers. However, the job reservations announced seem to be far less than expected by Agniveers released after the four years of service. Criticizing the scheme, former Brigadier Aditya Madan claimed that “No wise commanding officer will use these Agniveers for real soldiering when it is a matter of life and death,”.

Another two-star officer posted on border operations stated that “For India to deploy part-time soldiers is not a good move, as it continually faces the prospect of a two-front war with collusive allies Pakistan and China, and an additional half-front internally from diverse militant groups,”. Various opposition parties, as well as former armed forces, have similar views, which makes the New Agnipath scheme vulnerable to Indian politics as was the Farm Law.