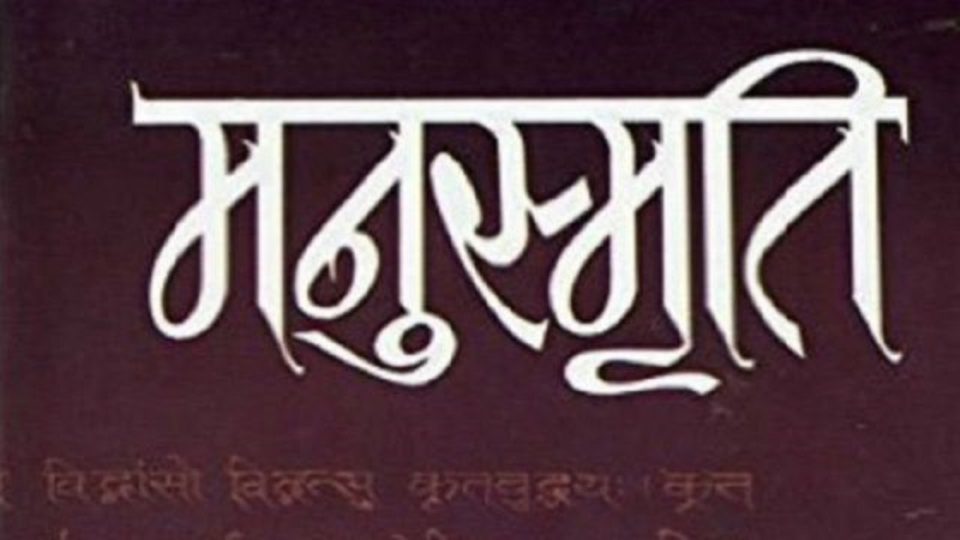 Manusmriti is one of the sacred ancient texts of Hindus and is also called ‘Dharmashastra’. The text illustrates how the social system worked during the era of the Aryans. It also reveals how India followed an advanced civil system and culture from 3500 BC to 8000 BC. Many historians believe the country had peace-loving people and dealt mostly in trade and agriculture for livelihood. This was the reason they were easily preyed on by the Aryans. Though a detailed social structure had not been mentioned at that time, it is assumed that 2000 years before the Aryans invaded India, the country’s people were urbanised and prosperous. However, most of the books describe people as uncivilized as if there had never been civilizations before the Aryans.

More recently, the Vice Chancellor Santishree Dhulipudi Pandit of Jawaharlal Nehru University criticised Manusmriti for gender bias issues. She remarked few points while discussing some keynotes at the B R Ambedkar Lecture Series organised by the Union Ministry of Social Justice and Empowerment on 22nd August 2022. Pandit said, “the Manusmriti has categorised all women as “Shudras”, which is “extraordinarily regressive”. She also claimed about the recent case when a Dalit boy of Rajasthan was beaten by a teacher so badly for touching a water pot that he died due to severe injuries.

Manusmriti is also known as Mānavadharmaśāstra or Laws of Manu. The Sanskrit text or the Dharmashastra literary tradition of Hinduism was composed between the 2nd century BC and the 3rd Century BC. The entire script is written in sloka verses that contain non-rhyming lines divided into 16 syllabi each. The text is attributed to the mythological character Manu who was the ancestor of the human race according to Hinduism. While some scholars believe that Manusmriti was compiled by Brahmin scholars, others believe that it was composed by a gifted individual or a strong committee to aid the common societal structure.

What is the Manusmriti text all about?

The text is a set of documents that were meant to educate or guide people to fulfil their social responsibility duties. Scholars claims that the compilation of the shastras were done by brahmins during the Mauryan empire. The text also mentions Saka, the North West Tribes and Cheen or China which contacted India during the 200 CE. The use of gold is also mentioned which reveals its use during that time. But the text is different from other dharmashastras as it discusses holy texts about the origins of the world like how one can liberate from the cycle of birth and death.

However, Sanskrit texts have been criticized for ages and rejected by society because of their treatment of women and the caste system. Many people find the laws can lay down women’s rights and are dehumanising. The caste system too is very harshly prescribed and thus lost in the nation’s cultural memory to a great extent.

The Manusmriti was an important text during ancient times as it defined the set of obligations that needed to be followed by four classes of people and how to engage oneself during the four stages of life. The text contains 12 chapters of stanzas that total 2694 dealing with cosmogony, the sacraments, initiation and the study of Vedas. Apart from it, Manusmriti also mentions hospitality, marriage, dietary restrictions, funeral rites, women and wife’s roles, laws for kings and purification means. The text makes no distinction between religious laws or practices besides secular laws but the caste system had been highlighted strongly.

European scholars consider Manusmriti to be religiously and historically important. It was the first Sanskrit text that was translated into the European language in 1794 after which, it was translated into German, French, Russian and Portuguese languages. Manusmriti has also been included in Max Muller’s edited volume: Sacred Books of the East in 1886. British India officials found Manusmriti practically helpful as it helped them implement Hindu and Muslim laws. For Hindus, the dharmashastra plays a crucial role in their lives whether it is used in that way or not.

Controversial points from Manusmriti against women

Women should be kept under surveillance

Chapter 9 of Manusmriti highlights various duties of wives and how a husband should react. The 15th law states “Through their passion for men, through their mutable temper, through their natural heartlessness, they become disloyal towards their husbands, however quickly they may be guarded in this (world).” The mentioned laws not only restrict women’s freedom but also curtail their position and growth in society.

Rules of a good wife

Manusmriti did not fail to mention every rule that needs to be followed whether her husband is evil or not. She must be punished for breaking those laws like getting drunk, disrespecting her husband or getting addicted to evil passion. It is mentioned that the wife must be deserted for three months as a punishment and deprived of comfortable living. Many verses also contain prejudicial sentiments against women. For example, in chapter 3, it is written “A Kandala, a village pig, a cock, a dog, a menstruating woman, and a eunuch must not look at the Brahmanas while they eat.” In other words, mensuration was considered impure then and it still is today, which makes Manusmriti laws dehumanizing, especially for women.

Women are mentioned as a charmer

The second chapter of Manusmriti states “It is the nature of women to seduce men in this world; for that reason, the wise are never unguarded in the company of females.” Manusmriti indeed presents unacceptable thoughts at that time which even today is somewhat relatable. People still believe that women are responsible for arousing sexual feelings in men and thus men must never stay unguarded when any woman is around.

Manusmriti is very conscious of society’s perfection and statuses maintained by the upper castes. Therefore, it mentions perfect and imperfect women’s rules and who shall be avoided for marriage. Chapter 3 says that “Wise men should not marry women who do not have a brother and whose parents are not socially well known.”.

Why is Manusmriti controversial?

Manusmriti is divided into four major categories including the creation of the world, sources of dharma, four social classes and laws of karma for liberation and rebirth. The third section of the text is the most important and also the longest. It is concerned with the hierarchy maintenance of all the four varna systems and rules every caste must follow. Brahmins are assumed to be the perfect representatives of the human race while Shudras belong to the bottom-most in order. They are to be given every duty that can aid the upper classes.

Theoretically, Manusmriti has always been a priestly view of the human race for Hinduism for centuries but no evidence states the same being practised in legal courts even during the ancient era or Muslim period. Sadly, many parts of the society still believe in such laws, if not urban people but rural ones do believe in them. It is important to understand that such laws are discriminating and very inhuman. Thus, Manusmriti is been always under controversy even though it is an important Sanskrit text that reveals the society’s rules during ancient times.