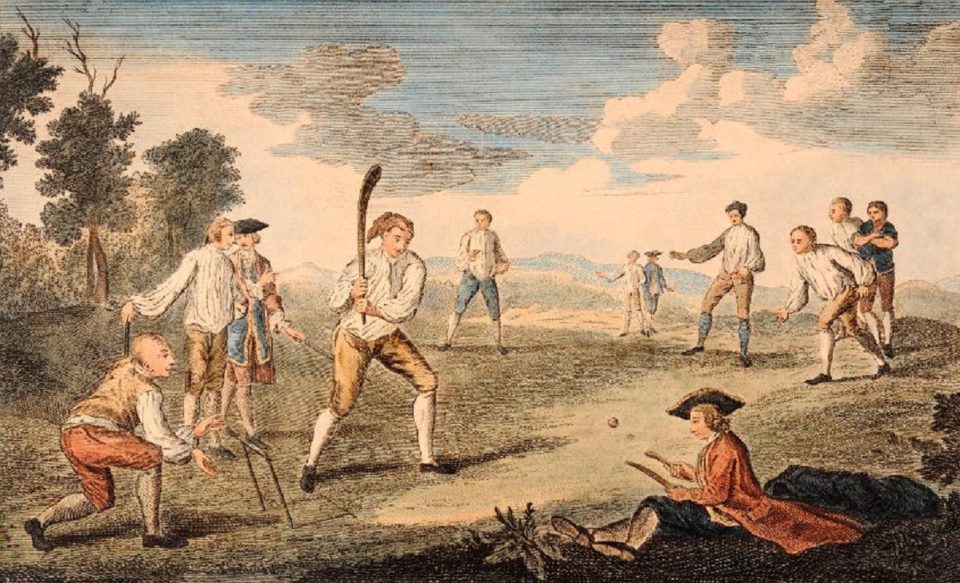 To answer the question of who invented cricket, it is believed that the beginning of cricket started after the end of the Roman Empire. In addition, King Edward 2 of England played it in his time according to historical rumors! Cricket is believed to have originated in the 13th century as a game in which young boys throw the ball at a tree stump or barricade gate in a sheep shed. Many experts agree that cricket originated during the Saxon or Norman period by young children who lived in a place completely covered with trees in southeast England. In 1611, it was the first time that cricket was played as an adult game.

Who Invented Cricket? A Look At The History Of The Most Global Game!

In this game, only the ball was played. Initially, to play cricket, a wooden bat was used and a ball made of thread was used. Using a tree or gate for wickets, the match was on!

It is difficult to answer who started cricket and when, but we know of an incident that happened in the 16th century. That is, in 1597 a case was registered in England regarding a land dispute. The 59-year-old coroner and John Derrick did the contract to own that land.

He told the court that he used to play cricket in his land after school 50 years ago in 1550. Because no one had claimed to play cricket before this. Therefore, after this case, the first reference to playing cricket was said to be 1550.

Until the beginning of the 17th century, cricket was played only by young children and was only a time pass game. Now there is a small anecdote behind how this game reached from children to elders. In 1611, two young children did not go to church on Sundays and started playing cricket, due to which they were prosecuted.

Before this there was no evidence of any young child playing cricket, after this case, the first relation of young children playing cricket is considered to be the first. And in the same year, the word cricket was also added to the dictionary.

The historical rules of cricket:

Speaking about the rules of cricket, the rules of cricket in the early 18th century were something like this: 2 teams would come to the ground with their bats, but at that time the bats were not like they are today. There would be wickets on both sides of the pitch and toss using coins. The one who won the toss would have batted.

Bowling like today, the ball was thrown on the ground from below and not from above. In those days, there used to be only four balls of an over, the umpires would stay close to the wickets and write the runs by marking them on a small mound.

The highest score at that time was 40. Because bowling was done by throwing the ball on the ground below, they could not score more runs. The pads were not for safety, so there were a lot of injuries as well.

In 1770, bowlers started pitching the ball, due to which it became easier for the batsman to hit the shot. The bowlers also got an opportunity to introduce new dates like spin in bowling. If we talk about the bowling style, the bowlers used to bowl underarm earlier. After this, the round arm started bowling. In 1880, overarm bowling became the most used.

Cricket started becoming very popular in the 19th century, and gradually many rules were changed. Many changes were made inside the bat as well.

Changes in early cricket began in 1744. The first rules and regulations were created and enforced, creating a leg before wicket (LBW), a third stump – middle stump, and a maximum bat width. These cricket codes were prepared by a popular cricket club of the time, ie “Star and Garter Club”. In 1760, after bowlers began to throw the ball, rolling the ball along the ground was displaced. As a result of this modification, the older “hockey-stick” type of bat was used instead of the straight one. Before the founding of the MCC, the Hambledon club in Hampshire served as the centerpiece of the game for nearly 30 years. In 1787, at Lord’s, members of the Star and Garter Club eventually founded the very famous Melbourne Cricket Club. The MCC immediately became an observer of the laws and has been a consistent approach since then.

In the 1870s, bonds were introduced for the first time. Before the rule of boundaries came, the batsman had to take a run after hitting every ball.

The archaic yet memorable cricket clubs of the past:

The first ever cricket club in the world was formed in 1760. Later the Marylebone Cricket Club was formed Marylebone Cricket Club (MCC), who still makes the rules and regulations of cricket and performs many tasks. After its popularity spread all over England, cricket reached North America. By the 18th century, cricket gradually reached many countries after England. Cricket in India was introduced by the British East India Company.

Who was the best player in the history of cricket?

WG Grace was the first elite cricketer to play 44 seasons from 1865 to 1908. He was very famous for his one-upmanship. Once he had run three, the ball went far and wide off the ground, he caught the ball, hid the ball in his pocket, and ran for three more runs. India’s Sachin Tendulkar is the top batsman to score 15,921 runs in 200 Tests and 18,426 runs in One Day Internationals and is the only player to score 100 international centuries. He became the first player to score 30,000 international runs. Another great West Indies cricketer, Sir Garfield Sobers, was the first player in the history of cricket to hit six sixes in a single over off six consecutive balls, in first-class cricket held between Nottinghamshire and Glamorgan in 1968.

The first international cricket game was played in New York where the Americans faced off against the Canadians in the year 1844.

Later, various countries developed their cricket by holding local competitions between counties. Countries that organized national cricket tournaments in the late 19th century include England, South Africa, India, New Zealand, and Australia. The Imperial Cricket Conference – the first international organization of cricket, was created in 1909. Its members were; England, Australia, and South Africa. The cricket body was rebranded in 1965 at the International Cricket Conference and is currently known by the same name; International Cricket Council. The cricket organization has twelve member states and several associate members.

Is Cricket A Globally Popular Sport?

Unanticipated Consequences of Under Sleeping