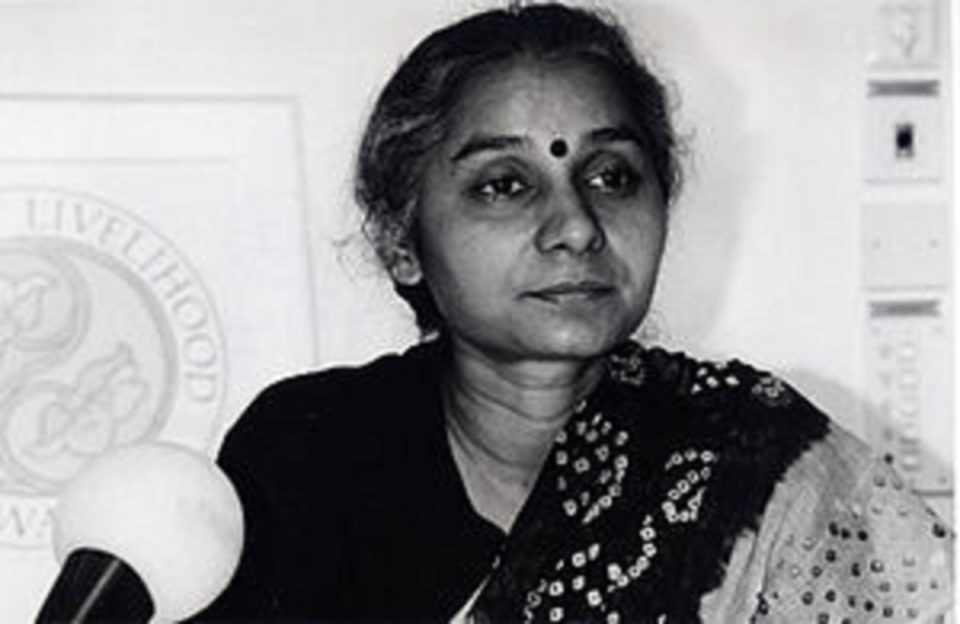 Union Home Minister Amit Shah on Sunday targeted the AAP (Aam Admi Party) led by Arvind Kejriwal claiming that some parties are planning to provide a backdoor entry to a social activist Medha Patkar who tried to oppose Gujarat’s Narmada Project. Patkar is the founding member of the Narmada Bachao Andolan that fought for rehabilitation issues and the Narmada Dam Project. She was fielded by the AAP during the 2014 Lok Sabha Elections.

During the launch event of the mascot and anthem for the upcoming National Games in Gujarat’s Ahmedabad, Amit Shah said “PM Narendra Modi ensured that Narmada water reached Khavda in Kutch district, without which the development of Gujarat wouldn’t have been possible. Will you allow a person who opposed the Narmada project, which is our lifeline, for decades? She didn’t lose a single opportunity to defame Gujarat at every possible forum in the world.”

For the past few weeks, it is rumoured that Patkar will be appointed for the chief minister’s post in the Gujrat elections. While Shah did not mention Kejriwal’s name directly, he said that the people of Gujarat will never accept any party’s efforts to facilitate Medha Patkar’s backdoor entry into Gujarat. He also alleged that Patkar is an ‘urban Naxal’ who got political support from some parties.

Who is Medha Patkar?

Medha Patkar is one of the social activists in India who initiated several protests and Andolans over time. She is an alumnus of TISS and participated in 2011 2011 Indian anti-corruption movement led by veteran social activist Anna Hazare.

Medha Patkar was born on 1st December 1954 in Mumbai to Indu and Vasant Khanolkar. Patkar has always taken part in social work since childhood. She graduated from Ruia College in Mumbai and earned an MA degree in Social Work from the Tata Institute of Social Sciences. Patkar worked with a voluntary organization for slums in Mumbai for five years along with North East Gujarat for two years.

Medha Patkar’s career as an activist

NBA was a social movement that aimed at resolving issues faced by fishers, farmers, labours, workers and others staying and being affected due to Narmada Dam Project that started in 1985. The Sardar Sarovar Dam in Gujarat made many people struggle due to environmental and social hazards. Many nearby regions of the dam still face issues which had led to thousands of people being affected due to the project. Many families were displaced without proper rehabilitation. Patkar questioned the wisdom of development strategy and how India can solve water issues without considering humanitarian causes.

GBGBA is a protest for housing rights in Mumbai that started in 2005. It still fights for the slum-dwellers rights and those created by the builders across re-development and rehabilitation projects when the Maharashtra government demolished more than 75,000 houses belonging to the poor, the movement was started and led by Medha Patkar in 2005. She gathered a large public meeting at the Azaad Maidaan in Mumbai to encourage the masses to fight for their rights to shelter, electricity, water, livelihood and sanitation. She is a working-class member of GBGBA and fights for the slum-dwellers so that they are provided with inclusive planning for urban development.

Patkar argued that the construction of a nuclear plant in Kovvada of Ranasthalam Mandal in the Andhra Pradesh district of Srikakulam would be disastrous for the area’s ecology and residents.

A coalition of Indian people’s movements known as the NAPM has the express purpose of addressing a number of issues about socioeconomic justice, political justice, and equity. The movement was started by Medha Patkar to foster cooperation and bolster Indian people’s groups that are engaged in resistance against oppression. She is the NAPM’s national convener. In a letter to Prime Minister Modi, British human rights campaigner William Gomes condemned the fraudulent FIR filed against Medha Patkar.

Medha Patkar raised objections to Tata Motor’s factory construction in Singur, West Bengal. While travelling to the troubled Nandigram, Patkar’s vehicle was attacked in the East Midnapore district, allegedly by CPI(M) supporters. Ratan Tata had made comments at the height of the protest that questioned the agitators’ funding sources. Tata declared in October 2008 that the factory will not be finished and that the manufacture of the Nano would be moved to Sanand, Gujarat.

Medha Patkar opposed the JSW steel project in Odisha as she believed it to be life-threatening for people due to environmental concerns. In June 2022, she even tried to meet her aide at a village in Odisha but the villagers opposed her presence. Instead, they protested after which police intervened and Patkar had to close the Andolan.

Medha Patkar joined hands with many other social activists for registering a PIL in Mumbai High Court. The PIL alleged that property tycoon Niranjan Hiranandani built luxurious properties on illegal land. He had signed a lease for 230 acres of land in 1986 at one rupee per hectare with the state and Mumbai Metropolitan Region Development Authority. In response to the PIL, the Mumbai court said that the scam was true and could cost around 450 billion losses for the nation. In 2012, the court directed Hiranandani to build houses for the low-income group instead before constructing any other property as mentioned in the lease terms and conditions. The case’s final hearing is still pending in the High Court of Mumbai.