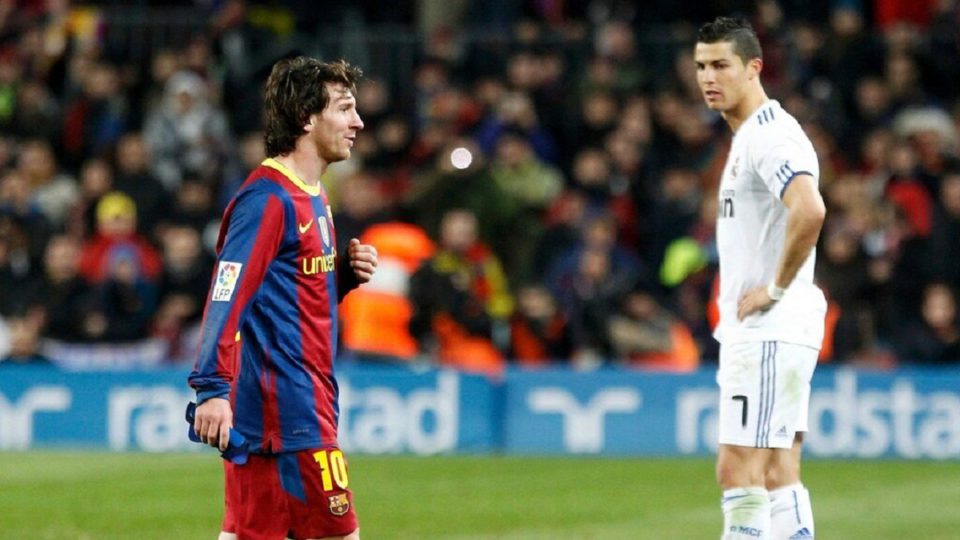 When it comes to the title “The God Of Football”, very few players come to our mind. Every football fan wants to know about the person getting this honorary title. We have selected the top 5 players by analyzing their stats and their popularity across the globe. Without any further delay, lets begin the list of the most deserving top 5 footballers for the title “The God Of Football”.

Johan Cruyff is the greatest Dutchman to have ever played the game of football. He played for the great clubs like Ajax and Barcelona in the decade of 1960s and 1970s.  He is also considered by many as one of the best European player. He had the great ability of “Total Football” movement which means players can interchange positions. Johan Cruyff  was  good and very efficient in both central and wide positions and he could easily turn players. His body balance, dribbling, turning skills, ball control and his passing ability made him one of the greatest players ever to play this wonderful game of football.

When it comes to his awards and achievements, his career was just remarkable. He won the Ballon D’Or thrice. He was also the winner of eight Dutch titles. His trophy cabinet also includes three European Cups, which he won with Ajax. He also made a controversial move to his rival team Feyenoord.

Cristiano Ronaldo can be called as one of the greatest goal scorers ever and probably the best in terms of goal scoring ability. He holds the world record of scoring the most number of goals. He is the leading goal scorer internationally in men’s football. He won the Ballon D’Or in the years 2008,2013,2014,2016 and 2017. He also won the FIFA World Player of the Year award thrice in the years 2008, 2016 and 2017. Four times he has won the European Golden Shoe and he is also  the winner of  the UEFA Bes Player in Europe Award in the years 2014, 2016 and 2017. PFA Players’ Player of the Year is won by him twice. In the history of Real Madrid, Cristiano is their all time top goal scorer. For his mind blowing  achievement of UEFA Champions League all time top goal-scorer, he is known as the “Mr Champions League” around the globe.

With Real Madrid he won two La Liga  titles  and with Manchester United he won three Premier League titles. Besides these, his trophy cabinet includes two Scudetti, one FA Cup, One Coppa Italia, two Copa del Rey and one UEFA European Championship. His strength, pace, ball control, positioning and most importantly his finishing makes him of the greatest player ever to play football.

Diego Maradona was declared as the Corriere dello Sport’s Best Athlete in History. He is one of the greatest dribbles in the football history. His success as a footballer is just remarkable. He won the 1986 FIFA World Cup and was also the winner of the FIFA WC Golden Ball in the same World Cup. The whole world was simply shocked by his master-class and controversial “Hand of God” goal against England in the World Cup of 1986 and his solo effort for that goal was greatly appreciated. He was the winner of the 1985 Serie A Footballer of the Year, he joined SSC Napoli and helped that downtrodden team to win the Serie A titles twice in the years 1987 and 1990. Some of his honors include the FIFA Goal of the Century, two Scudetti, one UEFA Cup, one Copa del Rey and one Coppa Italia.

He was also the winner of the Argentine Sports Writer’ Sportsman of the Century and he won the Argentine Football Writers’ Footballer of the Year award four times in his career. His body stability, quick feet movement, ball possession and his in match tactics made him include in the list of top 3 footballers of all time.

Pele is a Brazilian Legend whose name cannot be ever emitted from the history of football. He completely changed the outlook of football. Declared as the FIFA Player of the Century, this Brazilian wizard is Santos’ all-time leading goal-scorer. He has also scored the most number of goals for Brazil and is their all time greatest goal-scorer. His name is also present in the list of TIME 100 Most Important People of the 20th Century. He is the youngest footballer to win the FIFA World Cup and also the only player to have won this most prestigious trophy thrice in his remarkable career. He won the FIFA World Cup in the years 1958, 1962 and 1970. He has the most number of assists and most number of  final goals in the FIFA World Cup history.

His trophy cabinet includes a lot of splendid awards, i.e. two Copa Libertadores titles, two Inter-continental Cups, 1970 FIFA World Cup Golden ball, 1970 Bola de Prata and six Campeonato Brasilerio Serie A titles. He also won the Best Young Player award in the 1958 FIFA World Cup. Pele is a true rare gem of the Football world. His passion and dedication towards the game made him a strong pillar of this beautiful game of football.

Football without Messi, is something no one can really imagine. He is the most complete player you will ever get in the football history. Whether it is dribbling, ball control, passing, shooting or finishing, this man has all the abilities. When it comes to freekicks, he is truly a beast in that aspect, his accuracy and timing is just mind blowing. His in match tactics and IQ, always put him at an upper stage than the rest. You can never predict his next move, this unique quality of his makes it difficult for the defenders and the goal keepers to defend or stop him from scoring goals. He can adjust himself to different roles  like that of a playmaker, winger and even a striker. He is a complete package. Messi is the only player to have won 7 Ballon D’Or in the years 2009, 2010, 2011, 2012, 2015, 2019 and 2021. In the year 2009, he won the FIFA World Player of the Year award.

He is Argentina’s all time top goalscorer along with  Barcelona’s all time greatest goalscorer. His performance in the La Ligas is just mind blowing. He has the most number of goals in La Liga and has won the Pichichi award six times. The winner of La Liga Player of the Year award seven times is Lionel Messi. Besides being one of the greatest goalscorers, he is also the greatest playmaker with the most number of assists in the football history. His trophy cabinet als includes 2005 Young European Footballer of the Year, four Champions Leagues, nine La Liga titles, seven Copa del Rey, 2014 FIFA World Cup Golden Ball. He also won the European Golden Shoe award five times and one Copa America recently. Its simply clear from all these stats that why people regard him as “THE GOD OF FOOTBALL” or simply the G.O.A.T. His most number of goals in a single calendar year, i.e. 91 goals makes him simply a beast.

Now it is clear from this article that who is regarded as “THE GOD OF FOOTBALL” by the football fans around the globe. All these players mentioned above are just simply outstanding in their performance and success. They give a tough competition to each other but at the end, we have to choose any one of them to honor this prestigious title.

Who Will Win IPL 2021: Squads, Odds, and Predictions

Max Kellerman: 18 Things You Never Knew About The ESPN Host!