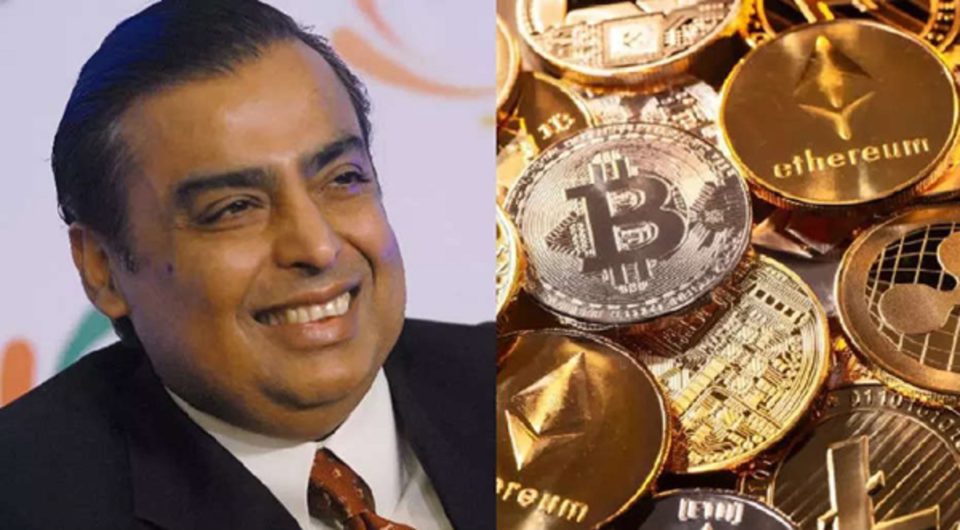 RBI Governor Shaktikanta Das stated that the Indian regulation building team is working on cryptocurrency and blockchain-related laws. Even he believes that blockchain technology has the potential to exist even though it is not treated as a legal currency. Ambani further added, “Using blockchain, we can deliver unprecedented security, trust, automation and efficiency to almost any type of transaction,”.

What does Mukesh Ambani’s statement mean to Indians?

The remarks come as the Indian administration prepares to introduce a new measure in Parliament to classify cryptocurrencies as financial assets while protecting new investors. According to an Indian Express story, the proposed regulation may impose a minimum investment level in digital currencies while prohibiting their usage as legal money.

The policy platform for the current winter session of Parliament, which began on November 29, includes the introduction of a bill that wants to outlaw all private cryptocurrencies with the exception of limited exclusions to encourage the core technology of cryptocurrency and its purposes. Although the government is considering taxing cryptocurrency earnings, the Reserve Bank of India wants a full ban on cryptocurrency transactions because it believes they would jeopardize the country’s macroeconomic and financial stability.

What Ambani thinks of blockchain

In certain ways, blockchain basic technology offers a wide range of applications in public finance, commerce, and banking sectors. As India attempts to broaden the inclusiveness of its financial products, this might help establish and secure a new funding backbone for the whole country. Prime Minister Narendra Modi has endorsed this up, adding that the country needs a financial “revolution.” If we consider RIL’s large plans for its Jio Payments Bank and communications company, as well as its aggressive plans for Jio Mart and other business ventures, there is no question that the country’s largest industrial giant is betting big on blockchain.

A recent Business Line article suggests that this driving factor can help Indian enterprises redefine the way they do business and open the way for a truly democratic financial system. This also integrates very well with technology and high data connectivity implemented by Reliance Jio in the nation, laying the groundwork for the next step in computer, gadget, and vehicle connectivity as expected with the Internet of Things.

Financial transactions based on blockchain technology will no longer require the use of middlemen, as they do now, and will be completed at a faster rate with transparency and openness. Besides providing stronger interactions between businesses and their customers, it will also provide the safety and stability that policymakers seek. Given RIL’s preference for large-scale implementation in its activities, the usage of blockchain could be another area where it would be a trailblazer for many other modern industries and banking firms to follow.

All You Need to Know About Web 3.0 and What It Brings to India

Interpreter vs Compiler: Find the Difference Between the Two

How to Know if an Airtag Is Stalking You and How to Avoid It?