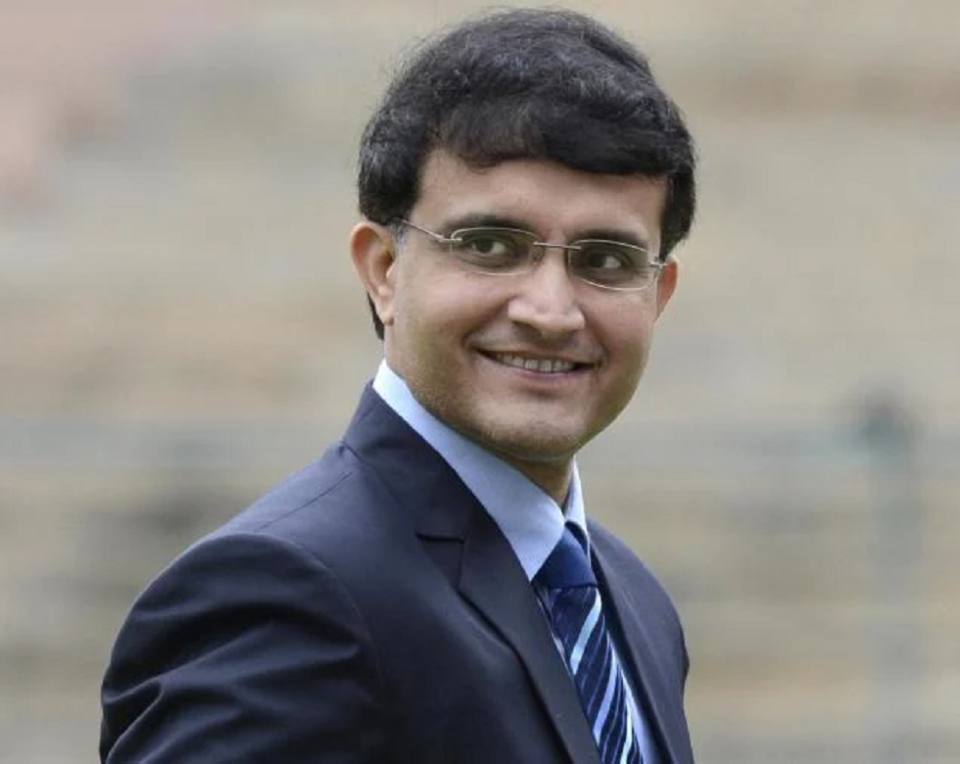 Sourav Ganguly is considered as one of the most successful and inspirational captains in the modern cricket world. He is best remembered for his unique batting style and contribution made towards Indian cricket team in his 15 years career. He is not only one of the best overseas test captains but also a great leader and president of BCCI today who gives voice in Indian cricket. People look Sourav Ganguly as a great person, cricketer, fighter and an inspirational model who did not succumb in front of ruthless time that turned its course against him. This is the reason we assume Sourav Ganguly as an inspirational sportsman even after 12 years of his retirement.

You May Like: Real Life Inspirational Stories Of People You Already Know!

Sourav Chandidas Ganguly was born on 8th July 1972 in West Bengal Kolkata. He was the youngest son of his Mr Chandidas and mother Nirupa Ganguly. Sourav Ganguly father owned a flourishing print business and was among the rich personalities in the city. This is the reason Sourav Ganguly led a very lavish life king style in his childhood. He was nicknamed as ‘Maharaja’ meaning the king.

Football is one of the favourite games played in Kolkata which made Sourav Ganguly attracted towards it. Due to concern showed by his parents regarding his academics, Sourav Ganguly was initially not allowed to play football or cricket by his parents. However, his elder brother was an established cricket player in Bengal cricket team and hence Sourav Ganguly got great support from him to get enrolled in cricket coaching camp.

Do you know Sourav Ganguly is right-handed?

Very fewer people know that Sourav Ganguly is right-handed by birth but, he learnt to bat left-handed so that he could use his brother’s sports equipment for practising. When he showed some great stunt in batting, Sourav Ganguly was enrolled in a cricket academy.

When Sourav Ganguly played the under-18 match against Orissa team, he scored a century and was made captain in St Xavier’s School’s cricket team. Whenever he was asked to tour with a junior team where he got 12th rank, he simply refused to participate as he believed more in playing rather than getting enlisted in cricket team for namesake only.

In 1990-1991, Sourav Ganguly played for Ranji cup following which he scored three runs in ODI debut while he played for Indian cricket team against West Indies in 1992. Sourav Ganguly was dropped immediately by the association claiming that he was quite arrogant. The cricket association questioned his attitude and rumours were made that he carried drinks for his teammates. Though he commented that it was not true, he was removed from the Indian team.

He started playing domestic cricket and scored heavily in the early 1990s and Ranji seasons. He was again called to play with the National team after he scored 171 in one of the innings for the Duleep Trophy. He got to play in one single ODI but was removed from the team after the first test. Meanwhile, Navjot Singh Sidhu claimed being ill-treated by Mohammad Azharuddin which made Sourav Ganguly play his Test Debut in the second match against England. Sourav Ganguly scored a century though England won the match. Till date, the highest scores made by a debutant in ODI is 131 scored by Saurav Ganguly.

You May Like: The Life Story Of Prithvi Shaw Explained In 20 Facts!

Making of a Legend

Sourav Ganguly, also known as ‘Prince of Kolkata’ became one of the greatest ODI batsmen of all time despite his career showed bumpiness and several halts periodically. He became a good leader or the captain of his team where young players played and won every match. While critics claimed that he could not bear bouncers in the field, others praised his mastery in the field and called him ‘God of the side’. Together with Sachin Tendulkar, he formed one of the best pairs in the history of ODI in cricket. However, he was again blamed for lack of athleticism and fitness to be a cricket player in a National team.

Sourav Ganguly is married to his childhood flame Dona Roy. The couple got officially married on 21st February 1997 in Kolkata. Dona Roy is a classical trained Odissi Dancer who loves dancing. She started learning dancing when she was 3 years old. Just like her husband, Dona Ganguly belongs to a reputed Bengali business family. The Ganguly’s and the Roy’s lived nearby as neighbours and shared a common boundary wall. Needless to say, Sourav Ganguly and Dona Roy were attracted to each other. During their courtship period, Sourav Ganguly had said, “While playing football, while going somewhere. I could see her, maybe way too much.”

You May Like: Who is Washington Sundar: The Rising Indian All Rounder

You will be amazed to know that the couple married twice in their lifetime! Well, this was disclosed six months before they got married officially in 1997. After Sourav Ganguly returned home playing against England as a debutant, he and Dona got their marriage registered in August 1996 following a mini-ceremony with their friends. The couple kept their marriage as a secret for six long months till a local newspaper got a hint of their secret marriage and ran a column in the front page.

This was the time when they revealed their love and marriage in front of their families and got married lavishly in February. Although the families of the couple were once great friends, we’re facing disputes regarding business and property. But they were left with no choice and had to accept the marriage of their children.

Was Sourav Ganguly in relationship with Nagma?

News about Sourav Ganguly and Nagma started flashing over the media in 2001 as they were spotted together in a temple in Andhra Pradesh. Together they performed a ceremony that can be performed only by a married couple which made news and media flash their love story in the front page. This made Dona Ganguly consult a divorce lawyer too and get herself shifted to her parents’ house next door with her one-year-old daughter Sana. Nagma and Sourav Ganguly met each other in London during the World Cup 1999. However, both of them denied having any relationship between them.

With the denial from both the parties and Sourav getting support from his family, the story behind him and Nagma faded with time. Later in 2003, Nagma consented in one interview that she had some connection with Sourav Ganguly but the couple separated for the better good and greater cause. She said, “There was a career at stake, besides other things, so one had to part. One had to weigh a lot of things, rather than be on an ego trip and insist on being together.”

Everything was going good in Sourav Ganguly’s life. He scored 10,000 runs in ODI and proved to be a great captain. In 2005, Indian cricket team was introduced to an Australian coach Greg Chappell. It is said that it was Sourav Ganguly who had backed him for the job as a coach of the cricket team. Though, his support turned out to be the biggest mistake in Sourav Ganguly life and career.

Many changes were made by the Australian coach, starting from the players till the batting sequence. Many players indeed complained that Greg Chappell tried to implement a divide and rule policy and wanted Sourav Ganguly to step down from captainship post. Things became worse in a few months and eventually, Sourav Ganguly lost his captaincy.

It was only after Sachin Tendulkar’s issue stating that the coach is hurting the attitude of the players, Chappell decided to leave his post as the coach of the Indian team. On 12th December 2007, Sourav Ganguly made his maiden double entry while playing against Pakistan and scored 239 in the first innings. He became the fifth run-scorer in 2007 ODI scoring 1240 runs.

After the fallout with the Australian coach, Sourav Ganguly made a splendid comeback in the test cricket. Though he retired shortly after playing international cricket in the year 2008 against Australia. Post-retirement, he played for his state team and also got selected for the Indian T20 league. Till 2010, he represented the franchise but was surprisingly omitted in the 2011 auctions as no one made a bid for him. Pune signed him in place of Ashish Nehra who got injured that time. The next year, he led his franchise in place of regular skipper Yuvraj Singh and he became the mentor of his team. Dada did commentary as well. On 29th October 2012, Sourav Ganguly announced that he will not play IPL from the next year and desired to take retirement from the game. In 2018, an autobiographical book was published on his life named, “A Century is Not Enough”.

Amazing records made by Sourav Ganguly

How to Pay LIC Premium Online? Step by Step Guide for Online Payment