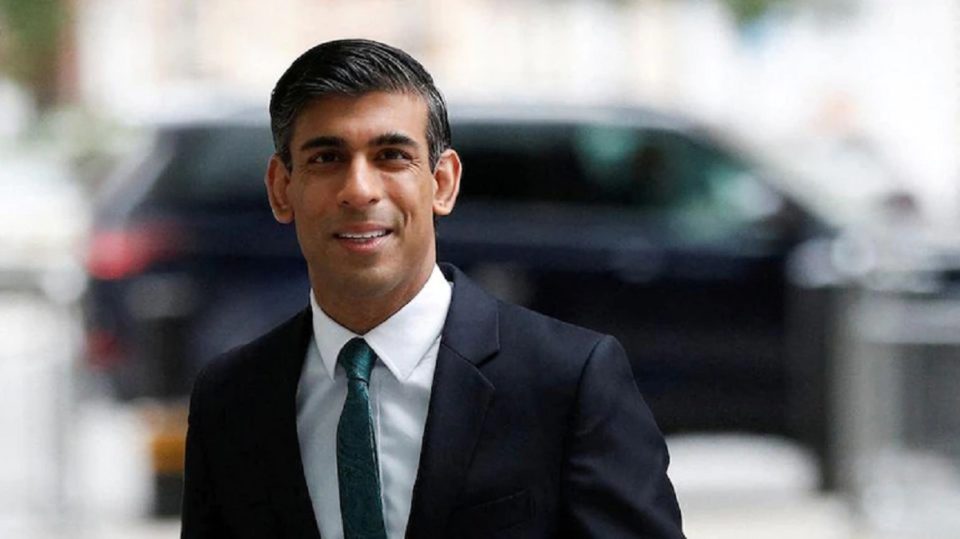 Former chancellor Rishi Sunak is among the two final contestants in the race to take over Boris Johnson’s place as Conservative Party leader and the next Prime Minister of the UK. He retained his popularity among Tory MPs and secured the final round with Liz Truss to become the ruling party leader. Sunak’s exit from the cabinet on the 5th of July started Boris Johnson’s government demise as he said that he “is the only candidate” able to beat the Labour party during the next UK elections. He also added that his role as finance minister “helped get through this country through an incredibly difficult period over the last couple of years.”

Just few weeks before the UK’s Conservative Party Leadership election is about to draw, Rishi Sunak is all over the media while promoting a new campaign cashing on his underdog status with rival Liz Truss in the race to win Boris Johnson’s place. He visited an event in Manchester on Friday night addressing Tory members voting for the new party leader to become the next prime minister on the 5th of September 2022. Sunak tweeted with a video, “I’ll keep fighting for every vote until the final day,”. But, will he become the first Indian-origin Prime Minister of the UK?

Who is Rishi Sunak?

Rishi Sunak was born on May 12, 1980, to parents belonging to Indian descendants who had migrated to Britain from East Africa in the 1960s. Rishi received his education from Winchester College and studied politics, economics and philosophy at Lincoln College, Oxford. He also has an MBA from Stanford University in California. After he graduated, Rishi worked at Goldman Sachs between 2001-2004 and thereafter partnered with the hedge funding firm Children’s Investment Fund Management in September 2006.

He left the company in 2009 to join his former colleagues at the new hedge fund firm called Theleme Partners which launched in October 2010 with $700 million. He was the director of the investment for Catamaran Ventures which was owned by his Father-in-law and an Indian businessman N.R. Narayana Murthy. Rishi Sunak claims to be a social person and mentioned on his official page, “I have been a school governor, a board member of a large youth club, and have always volunteered my time to education programs that spread opportunity.

Rishi Sunak is happily married to Akshata Murthy since 2009 and together they have two daughters, Krishna and Anoushka. Akshata is the daughter’s daughter of the Indian billionaire N. R. Narayana Murthy, the founder of Infosys. Akshata is now the director of her father’s firm Catamaran Ventures and lives in Kirby Sigston Manor in the village of Kirby Sigston, near Northallerton, North Yorkshire. The couple also owns a house in London at Kensington, a penthouse apartment in California’s Santa Monica and a flat in Old Brompton Road, London. Sunak also has a Labrador named Nova.

Sunak married Akshata when they studied together at Stanford University. She owns around 0.91%b stake in her father’s company which is worth $900 million. This also makes her one of the richest women in Britain. Since Infosys continued to work in Russia in 2022 even after the Ukraine invasion crisis, Rishi Sunak and his family went through various criticisms., but in April, the company announced its closure of operations in Russia. Rishi’s wife also owns shares of famous brands like Wendy’s in India, Jamie Oliver’s restaurant and Digme Fitness.

Rishi’s brother Sanjay Sunak is a psychologist and his sister Raakhee is a Chief of Strategy and Planning at Education Cannot Wait in the UN’s global fund for education. On April 2022, Sunak and his wife moved out of 11 Downing Street to live in their newly refurbished luxury home in West London. At present Rishi Sunak is the frontline politician, one of the wealthiest men in the UK and ranked 22nd by the Sunday Times Rich list 2022.

As the Conservative MP for Richmond, Yorkshire, Sunak’s political career officially began in 2015. When he was appointed a junior minister in the administration of former UK PM Theresa May, his career took off. He had been an early Brexit advocate. Sunak was rewarded with the position of Chief Secretary to the Treasury in 2019 for supporting Boris Johnson’s bid for the Tory leadership. Sunak was promoted to Chancellor of the Exchequer following a cabinet reshuffle in February 2020. This position is third on the ministerial list, only after the deputy prime minister and the prime minister.

When the coronavirus pandemic surged over the world and shutdowns were enacted in the UK, the newly elected chancellor was confronted with the difficult task of managing the economy. He announced a £350 billion financial rescue program after promising to “do whatever it takes” to assist UK citizens, according to the media. This marked a significant increase in his personal poll ratings. He received accolades for this plan as well as his pricey job retention program, which prevented mass unemployment, according to Reuters. Although Sunak was busy trying to confront the epidemic challenges and making his country prepared for the crises, the opposition party levied several charges and criticized his role as a chancellor.

Although Rishi Sunak performed excellently in the role of UK’s finance minister, he was reportedly criticized for not offering sufficient financial aid to the household at the times of COVID-19 lockdowns. His tax and spending budget of 2021 where the government was supposed to collect high taxes to spend them later for the public also placed the UK as one of the largest tax burden nations in 70 years. This weakened his claims to be a good politician.

But, during his entire tenure as a chancellor, the nation too faced the highest rate of inflation in decades. Consumer products prices went high while the Bank of England warned about increasing the rates by 11 per cent. Many unions attempted strikes to raise their salaries. Britain also faced a rail strike last month when 40,000 rail employees participated in a mass walkout besides those groups that threatened industrial actions.

Earlier, Rishi Sunak had suffered because of the ‘party gate Scandal’ in which media reported that several of the ruling party officials including Sunak and Boris Johnson had breached the strict lockdown rules in Britain by attending alcoholic parties. They were fined heavily by the Metropolitan police for attending the birthday party in June 2020.

Will Rishi Sunak become the next prime minister of the UK?

Sunak not just supported Brexit but also promised UK citizens for revising the EU-driven regulations. However, he had been accused of being soft on Brussels. His resignation as the chancellor on 5th July triggered the downfall of Boris Johnson due to which many Conservative MPs questioned his loyalty. Though, Sunak emerged as a competitive candidate who backs various bigwigs like Dominic Raab, the deputy prime minister of the UK. He is considered an excellent administrator and thus chosen for the next leadership race of the Conservative Party and Britain’s next prime minister candidate. The winner of the battle between Sunak and Liz truss will be revealed on the 5th of September.