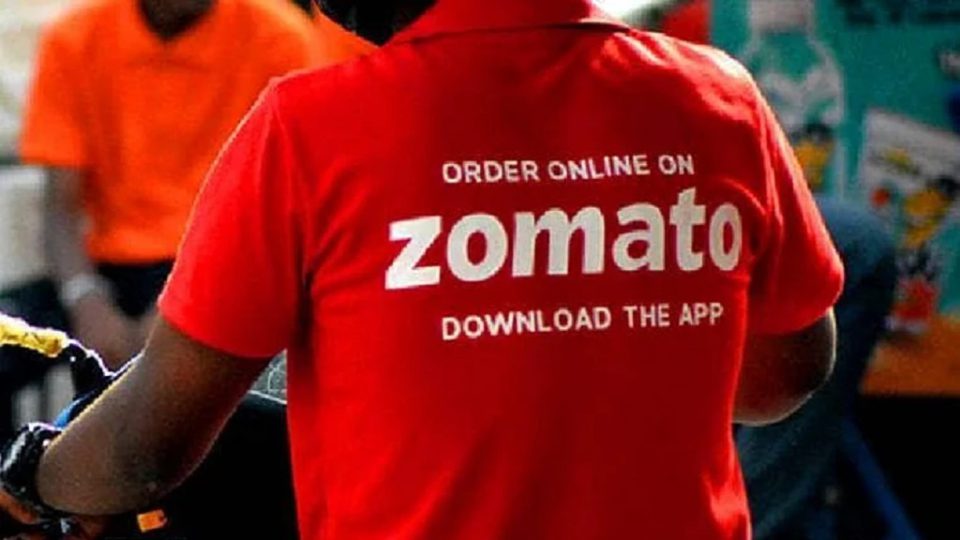 The Zomato IPO is here already and everybody is very enthusiastic and excited about it. But before investing your hard earned money on any kind of stock you should thoroughly know about the history, background, working and the revenue generating aspects of the company. This article will tell you in detail about Zomato and all the methods through which it generates income. After reading this you should decide on your own whether you should buy or sell.

Way back in 2008 Mr. Deepinder Goyal and Mr. Pankaj Chaddah, both IIt’ians were working at Bain & Company. When they started working there they noticed that many of their colleagues especially during lunch time were standing in long queues to order for their food and that is when an idea hit their skulls and as what all typical IIT’ians do with an idea, they also started a startup. Their idea basically was to collect the menu cards of as many nearby restaurants as they can and put them together on an intranet website which they named foodiebay dot com. The only marketing they did was to tell the website to the people they knew, the word travelled faster than they expected and this intranet website of theirs was a hit among the people in no time. It started generating huge amounts of traffic, and this is when the duo decided to take their website on the mainstream internet as a proper public website. The journey of this new website of theirs started from Delhi and reached Bangalore via Kolkata and Mumbai.

In July 2008 they started the company by the name, “DC Foodiebay Online Services Private Limited” which I just told you about. In 2010 they expanded their business PAN India and got their fist funding of 1 million US dollars by a company named Info Edge India which is also a listed company. In the month of May 2012, they renamed their company as Zomato Media Pvt. Ltd. and an app by the name Zomato was also launched. In the same year in the month of September, Zomato expanded  its business in foreign countries like Dubai, Sri Lanka, United Kingdom, Philippines, South Africa, Turkey, Brazil, Indonesia and New Zealand. Quite a long list it was. In April 2020 the company was again renamed as Zomato Pvt. Ltd. And exactly after a year in April 2021 the company was again renamed as Zomato Ltd. These entrepreneurs I tell you, can’t even settle on a name.  Anyways, the might of Zomato can be estimated by the fact that in today’s date the company has its presence in 24 countries and more than ten thousand cities across the globe.

Everyone who has ever ordered food from Zomato or even used their app to check out restaurants, must have seen their advertisements of 40 to 50 percent discount on food orders and must wonder how on earth do they make it possible and that too including the delivery fee. What Zomato does is, they list all the dishes in the restaurants at an average of 20 percent increment on their app. So for example if a plate of noodles is going to cost you Rs 100 in the restaurant then it will cost you about Rs 120 on Zomato and this price of Rs 120 they might give you 10 to 15 percent discount. Now comes the part played by restaurants. Restaurants are also willing to sell the items at a decrement of 10 to 20 percent to Zomato, the restaurants are able to bear this cost as when people order online, the expenses of restaurants also go down. For example if a person is ordering food online from a particular restaurant then a table in that restaurant will be free for other customers, if more people order online then the restaurant owner will need less number of waiters, there will be less utensils to clean and so on. So now coming back to the maths of it, we can see that if zomato is offering a discount of 40 percent to its customers then it is not zomato who bears that cost but it’s the customers and the restaurant owner who bear that cost.

Zomato’s food delivery service generates a very small part of their revenue, which brings us to their next service that is the subscription service for customers. Zomato has amazing analytical tools like Zomato Order and Zomato Book. Through this Zomato Book analytical tool people can book tables at restaurants in advance, which is quite a normal feature. But in addition you may also receive a discount on certain selected items in some restaurants.

All zomato users must have heard about Zomato Pro and Piggy Bank where you will be able to enjoy complimentary drinks, complementary food and offers like 1 + 1 etc. Moreover, who does not like free food? This service also provides its consumers with priority delivery and money back schemes. Means you would not have to wait long for your food as regular customers do plus if there is some kind of fault in delivery or food, you get your money back under the money back scheme.

These are the miscellaneous features of Zomato which are not permanent. Sometimes they are there, other times they are not. For example sometimes while doing the payment for a food order Zomato tells you that if you pay a certain amount as an extra on that order then that order will be prepared by the restaurant on a priority basis and if the delivery gets late then you will get your food for free. Most customers pay in the hope for free food as the amount is not much compared to the value of the order. But zomato is one step ahead of its customers, this option pops up only for those orders which zomato knows that are made from near the restaurant and the restaurant is also not having any kind of rush.

The most major source of zomato’s revenue comes from its advertisement services. Hotels pay fees for higher visibility on Zomato’s platform and to feature their restaurants on the top. Because the restaurants also know that a lot of revenue is generated through zomato so they prefer advertising on Zomato rather than spending on traditional advertising. The restaurants willingly pay for three spots on the app and that is the reason why zomato’s revenue from this source is the highest.

Now what is this sustainability business of zomato, this is definitely a new term for most of you. Zomato has started a new initiative by the name “Hyperpure”. In this, what zomato does is that they help the farmers to grow organic crops that are free from any kind of chemicals, that is, no pesticide, insecticide or urea is used in the growing process of the crops. Then zomato supplies these organic crops to restaurants. Now the restaurants which buy these organic crops from Zomato are tagged as “HYPERPURE INSIDE” on the zomato app. So this is basically zomato’s way to cash in the rising craze for organic food in people where zomato acts as a middleman between the farmers and the restaurants.

This is another amazing service provided by zomato. Zomato has this huge database of people. Zomato knows which people, from which area, prefer what kind of food, at which point of time and at which price range. Basically zomato possesses the biggest chunk of food industry data which makes them the most eligible candidate to provide a consultancy service to prepare a perfect business plan for food businesses. One of the most prominent customers of Zomato’s consultancy service is Jubilant food works.

I am sure many of you might have heard about Rebel Foods. They own brands like Faasos, Behrouz biryani, Lunch box, Oven story and The good bowl. The concept of cloud kitchen is that multiple brands use the same kitchen to prepare their food and then deliver their food via different delivery applications. Zomato provides these affiliate kitchens and takes its share in return. It is claimed that these cloud kitchen business models have a capability to deliver up to 80 percent return on investment within the first year of investment.

Some restaurants don’t want to get listed on zomato or swiggy or any other food delivery app. They want to build their own brand and in that process they need their own app for delivery and bookings. So, zomato provides this service also of building apps for food businesses. They call it Zomato White Label Services.

Zomato has recently introduced something known as Zomaland where they conduct live events like a new year event or a Christmas event where they also promote the restaurants listed on their app.

The Safest Way to Pay at Online Casino Sites

A Guide to Choosing the Right Trading Platform