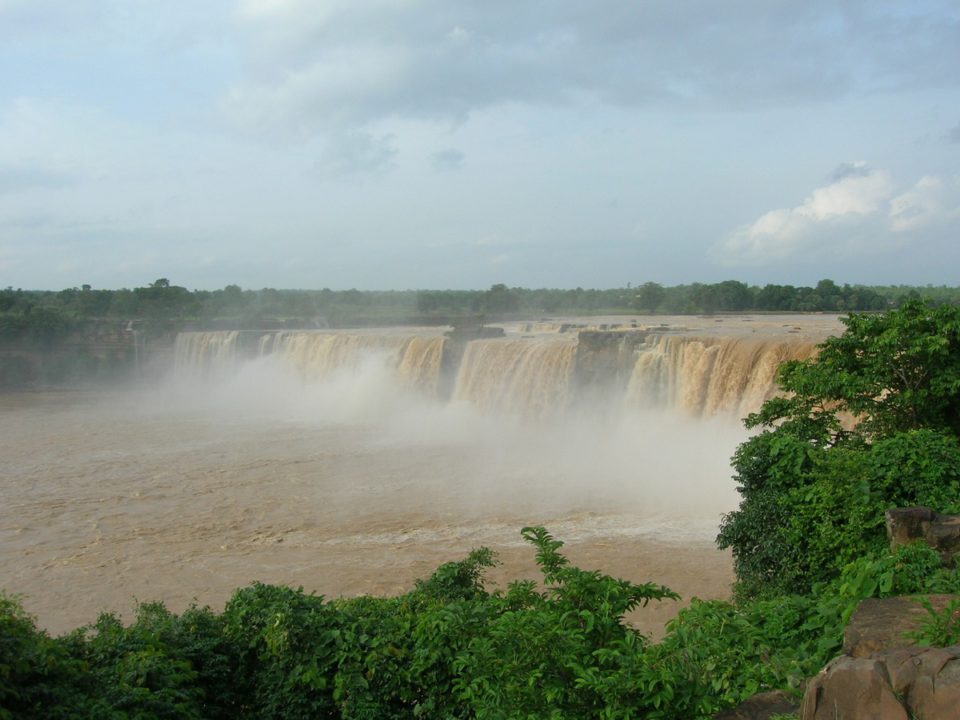 Bastar, in the middle of the tribal heartland of India, is known for its natural splendour, history and culture. It is home to some of the oldest indigenous tribes of India. The antiquity of the land can be traced back to the times of the Ramayana, the sites of the Dandakarnya Forest. Located in Chhattisgarh, this lesser-known destination is an explorer’s delight. In case you are not able to go on a long holiday to explore Bastar fully, a day spent in Jagdalpur, the district headquarters will give you a glimpse into the region’s diversity.

Also known as the ‘Kashmir of Chhattisgarh’, Bastar is one of the most significant eco-friendly destinations in the country and is well endowed with forests, wildlife and waterfalls. The best time to visit Jagdalpur is inbetween November and February. The town is the gateway to some of the prettiest waterfalls in the country. To see these waterfalls in their full glory, you have to be here in the late monsoon or soon after. Besides, this is where you will find one of the unique festivals of India being celebrated, the Bastar Dussehra. Celebrated over 75 days, usually between August and October, it is known for its assortment of rituals, many of which are nostalgic of its tribal culture. It is said that Maharaja Purushaottam Deo initiated this festival in the 15th century. The final 10 days of the festival coincide with the annual Navaratri festival held in autumn.

During monsoon, Jagdalpur is the gateway to a few other waterfalls that course through the verdant hills such as Tamara Ghumar, Mendri Ghumar, Chitradhara, Mandoba etc. in between travels, you can also check out the local market for local handicrafts to take back as souvenirs. Apart from terracotta and wooden artefacts, you can also buy Dokra (Bronze) products carved by the tribal craftspeople.

Start with a visit to the temple of Danteshwari Mata, an incarnation of Goddess Shakti. The main temple earmarked to her is about 80km from Jagdalpur. But you may aspire her prayers at the temple abutting the town’s former palace. The patron of the former Kakatiya rulers, she is revered by the tribal people too. With authorisation, you may see a part of the Bastar Palace. But if you are brief of time, you may give the palace a miss.

If you are here between August and October, you will find the palace lit up for the Bastar Dusshera celebrations, while the temple plays a key role in the building of the festival.

One of the biggest interests of Jagdalpur is the miscellaneous waterfalls in the vicinity. Visit the Tirathgarh Waterfalls, Kangerghati National Park and the Kutumsar and Kailash caves. If you are a photographer, this will help you take advantage of the sunlight falling on the water.

Tirathgarh waterfalls are about 38km by road from Jagdalpur. Here the Kanger River descends 300 feet extending into several waterfalls across the stony wall. A getaway of stairs will take you to the bottom of the waterfall. Named after the Kanger River which flows through it, the Kanger Valley National Park is known for its dense forest. Permission to visit the park is available at the entrance. It is possible to go on a safari drive through the forest. But with little time in hand, you may catch glances of the forest while you drive to the limestone caves, Kutumsar and Kailash. A breakout of stairs plunges to the heart of the earth where a profusion of stalactites and stalagmites create multifarious appearances.

While on your way to Chitrakote Falls, make a pit stop at the Tamda Ghumar which is known for quietly marking its presence between the valleys, the Mendri Gumar is known as the ‘Mist of the Valley’ overlooking a forested area. The waterfall is about 35km from Jagdalpur and looks spectacular. While visiting the waterfall you will realize why it is often called the Niagara of India. After flowing through hills and hollows from its origin in Odisha, the river Indravati takes a hasty 100 feet to leap down a perpendicular gravel face. As it drops off the escarpment, the waterfall tosses up a cloudy drizzle that captures the afternoon sunlight to form numerous rainbows. During the rest of the year, the flow of water diminishes. It is also approvingly likely that you will find provincial people and fish folk fishing in the stream that flows below.

In the lush of Chhattisgarh, one can relish the taste of the variety of traditional and tribal cuisines where most of the dishes are made of using rice. The tribal people food is derived from the surrounding forests. The main ingredients of the food are derived from natural forest produce. Some of the famous dishes made of rice or using rice flour are Pakhal Bhat, Kosrae, Angakar Roti and Rice Flour Chapati.

Pakhal Bhat is cooked by soaking rice in water overnight. Later some water, yoghurt, salt and green chillies are added to it. Angular Roti is the common breakfast of Jagdalpur people which is a hand flatten roti made of rice flour, salt, water, boiled rice, oil. Some of the other important dishes include rakhia badi , bafauri, chila, rice varieties, khadhi, khurmi, jalebis ,khichdi and petha. Sweet delicacies which are made during festivals and celebrations are moong dal ka halwa, cashew burfi, and bafauri.

The bafauri which is a traditional sweet is prepared using the channa dal. Rakhia badi is a curry made of rakhia phal or fruit, ginger, coriander, seeds of slitted black gram and green chillies. Petha is a common sweet dish made by people of tribes of Jagdalpur. Bafauri is the main diet of the people of Jagdalpur, and is prepared using lentils such as chana dal. Mahuwa is a local drink used by the people of jagdalpur made from a local tree called Mahuwa.

Jagdalpur is about 290kms by road from Raipur, the state capital which is also the nearest major airport. In 2020, Alliance Air introduced flights from Raipur and Hyderabad to Jagdalpur under the regional connectivity scheme UDAN. By train, Jagalpur is connected with Kolkata (Howrah), Bhubaneswar, Visakhapatnam, Etc.  Hotels here range from budget to luxury category, travellers can choose.