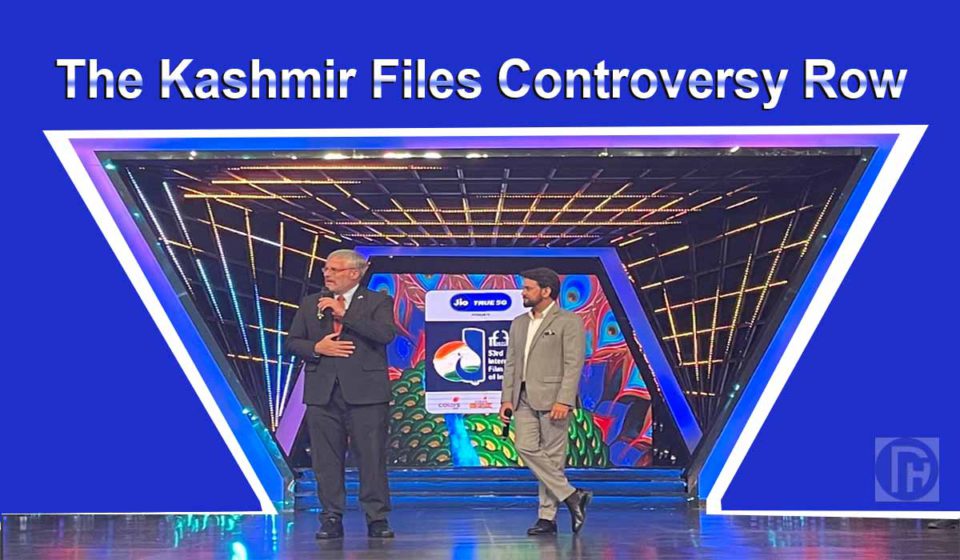 The comments of an Israeli filmmaker, Nadav Lapid, heading the Indian Film Festival jury, calling the film The Kashmir Files ‘vulgar and propaganda’ have sparked a furious debate. Lapid’s comments on the film came at the closing ceremony of the 53rd edition of International Film Festival of India (IFFI) on Monday in Goa. The festival jury has said its chief Nadav Lapid’s remarks are completely his opinion.

The Kashmir Files Controversy-Read the full story in 10 points

1. The board’s statement comes in the middle of the row over the comments by the Israeli filmmaker and head of the international jury, Nadav Lapid at the closing ceremony of the International Film Festival of India (IFFI). Lapid said the jury was ‘disturbed and shocked’ at the screening of the film.

2. “It seemed to us like a propagandist movie inappropriate for an artistic, competitive section of such a prestigious film festival. I feel totally comfortable to share openly these feelings here with you on stage. Since the spirit of having a festival is to accept also a critical discussion, which is essential for art and for life,” Nadav said.

3. Written and directed by Vivek Agnihotri, The Kashmir Files is based on the exodus of Kashmiri Pandits of militancy in the 90s. The movie was said to be promoted by BJP leaders and became a commercial success but faced allegations of communal sentiments.

4. While some have praised Nadav for calling out propaganda, others have accused him of being insensitive towards the suffering of Kashmiri Pandits.

5. The International Film Festival of India (IFFI) Board issued a statement saying that whatever Lapid Nadav said about the movie is his opinion and nothing to do with the board.

6. “In the official presentation of the Jury Board to the Festival Director and in the official Press Conference, where we 4 juries were present and interacted with the press, we never mentioned anything about our likes or dislikes. Both were our official collective opinion,” said the board, which had four more members apart from Lapid.

7. “As a juror, we are assigned to judge the technical, aesthetic quality and socio-cultural relevance of the film. We don’t indulge in any kind of political comments on any film and if it is done, it is completely in personal capacity,” added in the statement.

8. In a Tweet Gilon wrote “An open letter to #NadavLapid following his criticism of #KashmirFiles. It’s not in Hebrew because I wanted our Indian brothers and sisters to be able to understand. It is also relatively long, so I’ll give you the bottom line first. YOU SHOULD BE ASHAMED.”

9. Protagonist in the movie, Anupam Kher too slammed the Nadav for his remarks. “May God give him wisdom. If the holocaust is right, then the exodus of Kashmiri Pandits is also right,” the actor said.

10. Anupam Kher also addressed the media with Israel’s consul general Kobb Shoshani. “To use the platform of IFFI for your own agenda is not only unfortunate, but also disgusting,” Anupam Kher said.