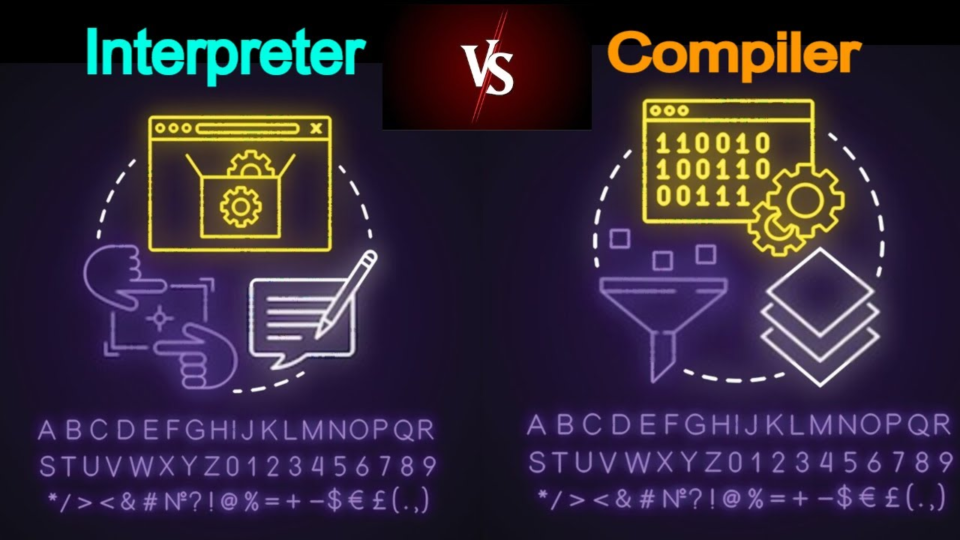 In order for a computer to understand and function based on instructions composed in high level languages, we need to convert it into machine language. In order to do this, a compiler or an interpreter is used to transform the source code into machine language. Compilers and interpreters are software programs that are used for converting computer programs in high-level languages into machine language (0s and 1s binary form). This allows the computer to understand the command and perform the required tasks. While both interpreters and compilers perform similar tasks, there are distinct differences in the way they operate. In this post, we will find out about all of them. Let’s get started.

Interpreter vs Compiler: All You Need to Know

What is an Interpreter?

An interpreter is a software program that translates a source code into a machine language. An interpreter accomplishes this task by reading the high level language source code line-by-line while interpreting and running the program.

Interpreters are easier to work with the source code. Hence, they are better for beginners. However, interpreted programs are a little limited because they can only run on those computers which have the same interpreter.

What is a Compiler?

Phases of the compilation process

This compiler phase is widely referred to as the front end phase in which a source code is split into fundamental parts to check grammar, syntax, and semantics of code. Once that process is concluded, an intermediate code is produced. Three types of analyzers are used during the analysis phase of the compilation process: lexical analyzer, semantic analyzer, and syntax analyzer.

The Synthesis phase is widely referred to as the back end phase in which the intermediate code (which was generated in Analysis Phase) is optimized and generated into target machine code. Code optimizer and code generator tasks constitute the synthesis phase of the compilation process.

When you use a compiler to translate a source code into machine code, the program codes are translated into specific object codes. This significantly reduces the time of code execution. However, the big drawback of using a compiler is the fact that in order to make changes to your program, you always have to go back to your source code.

So that was our brief guide to the differences between Interpreters and Compilers. Hopefully you have a better idea on the subject and will be able to choose the right tool for your programming needs.

What is the Difference Between Lok Sabha and Rajya Sabha: Indian Parliament 101