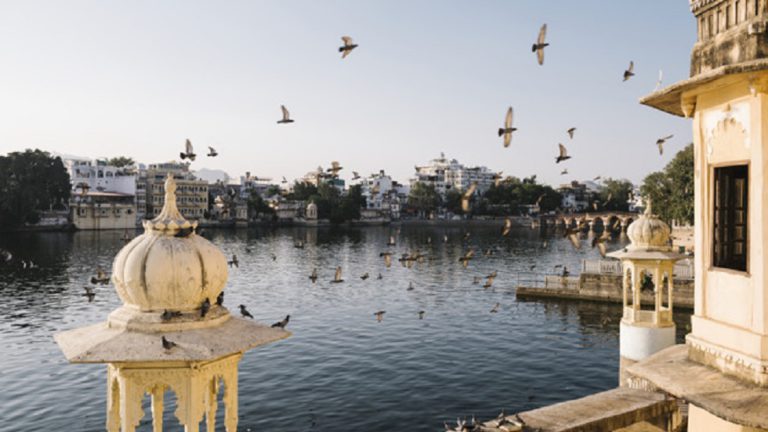 India has some of the existing oldest cultures and ranks as the seventh-largest country in the world. Although we are well aware of some popular destinations in India, many towns in India are terribly underrated yet are stunning. We have listed a few underrated town names that are stunning due to many reasons. So, next time you plan a holiday or a short getaway from daily mundane life, do consider some of the towns listed below for some unique experiences.

Most Stunning Yet Underrated Towns in India To Visit This Year

One of the underrated towns in India is in Himachal Pradesh which looks no less than a small European movie set. Settled amidst the valley of Kangra in the Dhauladhar Mountains, Pragpur is the first heritage village of India. The town was initially bricked with the help of cobblestones and then dotted with small architectural stones which look less rustic and more enchanting.

Among many hideaway places in India, Muttom is the one which is loved by travel enthusiast the most. In the Kanyakumari district of Tamil Nadu, this underrated town comes with a serene atmosphere where you can enjoy fishing and stargazing. Many fishers stay at the rocky cliffs which is surrounded by the shoreline, making it one of the ideal shut-out spots.

Some of the natural features you can find in the Ziro Valley of Arunachal Pradesh are gurgling rivers, lush green rice fields and a picture-postcard view of Apatani tribe village. This is a small village in Northeast India that is known for its annual music festival held in the month of September, the Ziro Festival of Music.

Sharing its boundary with Tibet, Chaukori is a mini hamlet settled in the Pithoragarh district in Uttarakhand. This place is probably the most untouched and majestic in the entire state. The village offers a very beautiful view of Himalayan ranges and Panchachuli massif as Chaukori lies at an altitude of 2010 meters above sea level. The nearest airport to the village is Pantnagar airport that is 205 km away from Chaukori.

At a height of 7000 feet, this small town in South Sikkim is a paradise for bird watchers. Ravangla is directly connected with two popular tourist destination spots: Gangtok and Pelling. Other than bird watching, you can indulge yourself in mountain trekking and camping while photo-capturing the beautiful snow-capped mountains of Kanchenjunga.

Another pristine land located in the Annamalai mountain range is Valparai which is 3500 feet above sea level. Valparai is not just a town but a beautifully designed and well-woven patch of a magical land. The forests and verdant looks of the place share its boundaries with Annamalai Tiger Reserve along with Eravikulam National Park, Vahachal Forest division and Parambikulam Tiger Reserve.

Kaas Plateau is also known as Kaas Pathar. The 1000-hectare plateau has gained a little popularity recently as it has been declared as a bio-diversity site by UNESCO in 2012. To visit Kaas Plateau, you need to travel to Satara in Maharashtra which is around 130 kilometres away from Pune.

Bhimbetka is another World Heritage Site where rock shelters constitute cultural wonders. This place is believed to be inhabited some 100,000 years ago by Homo erectus. Many of the Stone Age rock carvings and paintings can be found in Bhimbetka rock shelters where some are even 30,000 years old. The cave paintings also cite dance forms of early ages.

Mandu is one of the underrated yet stunning towns in India that homes some finest African architecture. The town is perched on the top of a thin and green plateau which itself is quite picturesque. Many impressive African baobab trees can also be found in Mandu. This place has not one but numerous World Heritage Sites declared by UNESCO that includes mosques, tombs and monuments. To reach Mandu, you can hire a car from Indore or Ratlam station.

One of the several mesmerising hill towns in Kashmir is Yousmarg which is surrounded by beautiful mountains like that of the European Alps. During the spring season, the place becomes lively due to unique flowers that bloom up during spring each year. The majestic Doodh Ganga flows across the Yousmarg valley which makes the place more enchanting. While other people may gather at Gulmarg or Pahalgam, you can enjoy your space at Yousmarg which is no less than the other popular destinations in Kashmir.

Rajasthan is one state in India that has numerous small and big towns comprising architectural gems. Even though you think that the road has an end, something unique can be found. Bundi is one such unique town in Rajasthan that falls under the Hadoti region. This place homes many large and majestic Baolis or step-wells that were once used by kings and queens.

Champhai is yet another stunning but underrated town in India that overlooks the blue hilltop of Myanmar. This enchanting place in Mizoram is beautiful but different from other parts of the nation. Many ancient monoliths and monuments can be found in this place which reveals the history behind Mizo tribes. You can take a flight from Guwahati or Kolkata to Mizoram’s Lengpui Airport from where a cab can be hired to reach Champhai.

One breath-taking and enchanting island in Lakshadweep is Bangaram island which is surrounded by a shallow lagoon fenced by the coral reef. When you will reach the island, you can envisage charming sand, sun and surfing in the crystal-clear water.

Situated beside the Betwa River, Orchha is a small ancient town in the heart of India, Madhya Pradesh. The town represents beautiful Mughal artefacts that belonged to Rajput which are in the form of temples and grand palaces. The oxidized façade complements the lush drop background of the town perfectly.

Another small town in Gujarat is Dholavira that is believed to be one of the most remarkable excavation sites in India. The place can offer you glimpses of the ancient culture that existed in the pre-historic era. The beauty of Dholavira is complemented by the vast marsh of salt land of Rann of Kutch.

Gokarna is a beach town of Karnataka and is little popular among Hindu pilgrimage. The place has lord Shiva temple which is visited by Hindus every year. You can easily reach this place by taking a two-and-a-half-hour train ride from Goa.

A small and enchanting town in West Bengal is Lepchaghat which is known by very few people in India. The town offers mesmerising views of Kanchendzonga and the lush green forest of the hill station which can prove to be a perfect hideaway place for honeymooners.

Although Mandawa falls under the category of most underrated towns in India, the town has been used for shooting purposes in many Bollywood movies like PK. The place is famous in Rajasthan due to nine distinguished Havelis and well-decorated forts.

One of the largest freshwater river islands in Asia is Majuli which beaches the majestic Brahmaputra. Due to continuous soil erosions, the entire soil gets submerged into one another. Therefore, people walking in the lands of Majuli must pay attention to every step. Other than this, Majuli is a beautiful place and must be visited during the winter season.

Osian is another town in Rajasthan which is stunning yet is one of the most underrated towns in India. Osian homes some marvellous architectural sites and is a delightful place for history lovers. Many temples found in the town were constructed in the 8th and 11th century which makes Osian a great archaeological site.