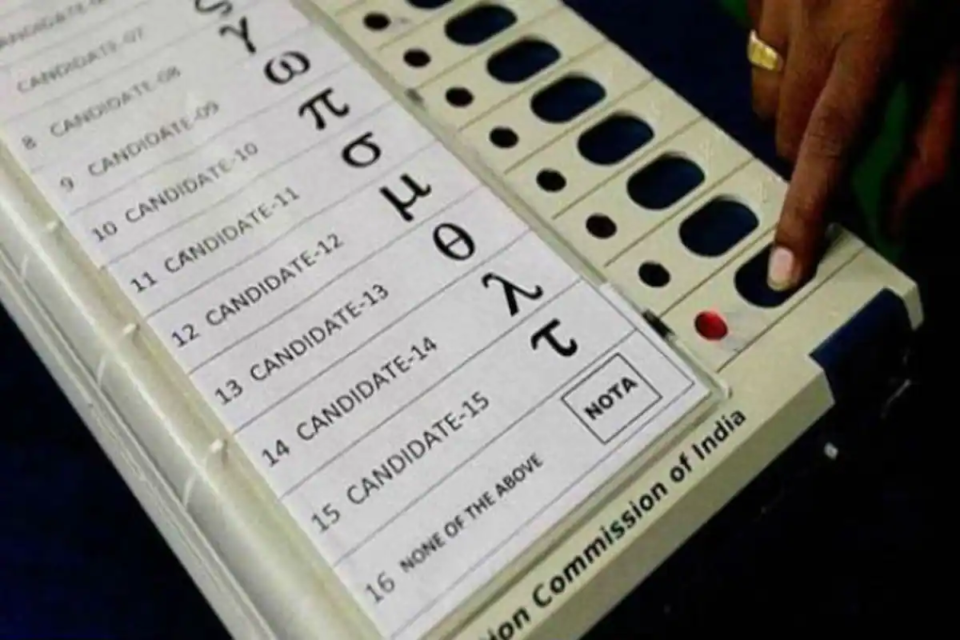 Elections are an integral part of the democratic world. In fact, voting is the only way that allows people to choose their government. As elections draw closer, politicians get into overdrive and start campaigning furiously in their constituencies. However, despite their best efforts at wooing the voters, they fail at times, resulting in disgruntled voters who don’t want to vote for any candidate. And until recently, such voters only had two options, either not cast thor vote or vote for someone who they “dislike the least”. To remedy this situation, the Election Commission introduced a special provision called NOTA. This is an option for the voters to express dissatisfaction and disapproval towards the available candidates. In this post, we will take a detailed look at NOTA and clear all your doubts on the topic. Let’s get started.

NOTA: All You Need To Know

The word NOTA is directly related to the election, which can be used by any voter during the voting. If any voter feels during the voting that the candidate of any party standing from here is not eligible or due to some reason he is dissatisfied, then the voter can cast his vote by pressing the NOTA button present on the Electronic Voting Machine (EVM).

What is the purpose of NOTA?

Through NOTA, information is received about the candidate being ineligible, unreliable and ineligible or disliked in the election. With this, it can be estimated what percentage of voters do not want any candidate. When there was no system of NOTA, at that time the voters did not vote in the elections, that is, the only way to show your dislike towards all the candidates was by not voting.

In this way the voter’s vote was wasted. To solve this, the option of NOTA was introduced so that purity could be maintained in the election process and politics.

What is the NOTA symbol on the EVM?

Electronic Voting Machine i.e. EVM has a ballot paper in its symbol and a cross has been made on it. The NOTA symbol was chosen by the Election Commission on 18 September 2015. This symbol of NOTA was made by the National Institute of Design, Gujarat. A symbol is important for voters who can’t read. That’s how they will know if they are casting the vote for the option that they wanted to.

When and where was NOTA used in any election for the first time?

NOTA was first thought of in the year 1976 in the county of Santa Barbara, California in the United States. In 1978, the ‘None of the Above’ (NOTA) option was introduced for the first time on a ballot by the state of Nevada in the USA.

In the year 2009, the Election Commission of India filed a petition in the Supreme Court to add the option of NOTA. But at that time the central government had not given its consent for this, due to which it could not be implemented.

A non-governmental organization “People’s Union for Civil Liberties” right to register NOTA vote in elections Nota welfare of September 27, 2013 filed a petition in favor of was applied by the Supreme Court of India. Following which the Election Commission ordered that all voting machines should be provided with NOTA buttons so that voters can have the option to choose none of the above. Since that time, the Election Commission has included NOTA in the Electronic Voting Machine.

When was NOTA used for the first time during Indian elections?

In the December 2013 assembly elections, the Election Commission of India had for the first time directed to provide None of the above (NOTA) option in the Electronic Voting Machine (EVM). During the counting of votes, the votes cast on NOTA are counted and it is calculated by how many people voted in NOTA.

Which countries other than India have the NOTA option in their elections?

Apart from India, voters in many other countries of the world are given the option of NOTA while casting their votes, including countries like Bangladesh, Finland, Spain, Colombia, Ukraine, France, Belgium, Sweden, Chile and Greece.

How does NOTA help in elections?

In the elections held before the year 2018, the votes cast in NOTA were considered invalid, that is, it did not contribute to the defeat and victory of the candidate, but in the year 2018 NOTA got the status of candidates for the first time.

What happens if the NOTA option gets the most votes in a constituency?

For the municipal elections to be held in five districts of Haryana in December 2018, the Haryana Election Commission has decided that in case of NOTA winning, all the candidates will be disqualified and the election will be conducted again.

A candidate who gets less votes than the NOTA option in that scenario, will be ineligible for contesting elections.