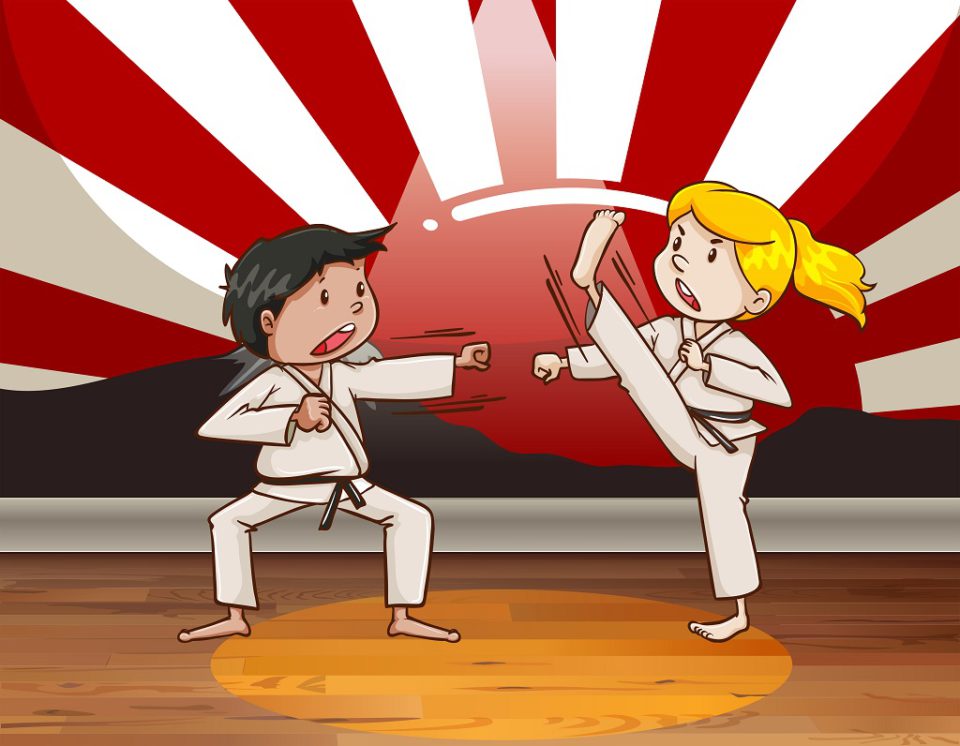 Humans have always loved to fight with each other since the beginning of humanity or even before that. Swords replaced fists and guns replaced swords over the course of time. But the thing which has remained constant throughout, is martial arts. Martial arts is a very vague term for all the forms of fighting techniques that have evolved with  the passage of time. Like Africa is known as the cradle of humanity, similarly south asia can be easily termed as the cradle of martial arts. As all the major forms of martial arts have emerged from regions like China, Japan, Indonesia and india. Many art forms come to people naturally, just like Leonardo Da Vinci never had a formal training in art yet he is considered to be one of the greatest artists in the world. The case is not the same with martial arts. To master these art forms, people spend their entire life times and yet do not achieve what  they desire. So, when we talk about the top martial artists of the world, it becomes very obvious that they have worked hard and dedicated their entire lives to reach where they stand today. Here I have curated a list of top 10 martial artists in the world and the name and fame that they have achieved:

Top Martial Artists In The World.

Bruce Lee is one of the greatest personalities who ever walked the face of the earth. He personified the saying that “even if your life is not long, it should be big”. Bruce Lee died at a very young age of 32 years only but in those 32 years he left such a big impact on the whole world that it transformed him into a cult. However, his death is still a matter of mystery.

Bruce Lee was born on November 27, 1940 in Chinatown, San Francisco. By the age of 18 he appeared in twenty films. After Lee’s involvement in several street fights, his parents decided to get him a formal training in martial arts, little did  they know that this decision of theirs will make their kid the top martial artist of the world. He learnt the martial art called T’ai chi Ch’uan. In 1958 he won the Hong Kong schools boxing tournament.

It is still debated that the greatest martial artist of time was actually a super human, the reason being his speed. Bruce was so fast that when he shooted for his films, the frame rate of the camera was required  to be slowed  down in order to record his kicks and punches. Bruce Lee never lost a fight in his life.

Hollywood superstar and martial artist Jackie Chan holds the second spot on this list of world’s greatest martial artists. Actor, director and Kung fu master Jackie Chan is the highest paid Asian film star in the world.  His real birth name is Chan Kong-Sang and he was born in Hong Kong, China on April 7, 1954 to Chinese civil war refugee parents. At 7, he began studying martial arts, drama, acrobatics and singing at the Hong Kong Peking Opera School. He appeared in his first film at 8. After graduating in 1971 he worked as an acrobat and stuntman, eventually working with the legend Bruce Lee on the film Fist of Fury, where he completed the highest fall in Chinese film history.

He adopted the name “Jackie” from a construction worker who took him under his wing while he was in College.

With a net worth of over 350 million dollars and feature roles in over 150 movies, Chan has cemented his status as one the greats in the cinema industry also.

Even though his family belongs to Jammu, Vidyut was born in Kanpur. His father was an Indian army officer who passed away while Vidyut was still in school.

He debuted in his bollywood career with the John Abraham starrer ‘Force’, in which he played the antagonist. For his performance in the movie he was awarded as the Best Male Debuting Actor in both IIFA as well as Filmfare.

Our 4th spotter Jet Li was born on 26th April 1963 in Beijing, China. Jet Li has been trained in the Wushu form of Kung Fu since a very young age.  After the passing of Bruce Lee under mysterious circumstances in 1973, the spot of an Asian action star was left vacant. The following year, while Jet Li was only 11 years old, he was performing a Kung fu demonstration when he was approached by a filmmaker, who asked him if he wanted to become the next Bruce Lee when he grew up. Jet Li, being a great admirer of Bruce Lee immediately said yes. After that the producer visited him every year to look if he had become old enough to star in movies. He had to wait until the age of 17 when the producer finally gave him his first movie “Shaolin Temple”, which was the first in the series of movies that established him as a star in China. Though Jet Li’s childhood dream was to become the greatest martial artist of the world just like Bruce Lee, the fact is that no one will ever replace Bruce Lee. But then also with sheer determination, Jet Li made it to the top martial artists of the world and remained there for a very long time.

Steven Seagal was born as Steven Fredrick Seagal on April 10th 1952 in Michigan, U.S. His father, a high school mathematics teacher, was a Russian Jew and his mother was of Dutch, English and German descent. He is a well trained martial artist in a lesser known Japanese martial art named Aikido. Well honestly, I don’t know why he is even on this list of top 10 martial artists. Probably because he is the only famous person trained in this martial art. I am saying this because if you look at people doing aikido, you will only see one guy flipping the other guy over, yup, that is all you will see and that too many times seems fake. Whatever, it is what it is.

Steven Seagal was a well established Hollywood movie star in the 80s and the 90s. He married four times and has 7 children from all the wives combined. Quite a life I would say.

I am damn sure you do not know this man by his name but you all are his fans. We have all watched his movies in our childhood. I am talking about the star from the “Blade trilogy”. Actor, film producer and martial artist Wesley Trent Snipes was born on July 31st, 1962 in Orlando, Florida. His father was an aircraft engineer while his mother was a teacher’s assistant. He has been practicing martial arts since the age of 12. He is skilled in martial arts like Taekwondo, Hapkido, Kung fu and Brazilian Jiu Jitsu. Very few martial artists in this list possess this much range in martial art forms.

He came into controversy in 2010, when he was sentenced to 3 years prison for tax evasion.

His real Belgian name “Jean–Claude Camille Francois Van Varenberg” may be a tongue twister for many people but he surely is one of Hollywood’s biggest stars and whoever has watched his movies like “the kickboxer” will definitely know why this man deserves to be among the best martial artists of the world. JVCD was born on 18th October 1960 in the city of Brussels, Belgium. His mother was an accountant and a florist. He is a deft martial artist in a total of 4 martial art forms, Karate, kickboxing, muay thai and taekwondo.

JCVD is known to be a very proud man in the Hollywood circuit. Story is that when Sylvester Stallone personally offered him a role in the movie The Expendables, JCVD turned it down stating his commitments to another movie project. However, Stallone later revealed in an interview that JCVD had an objection to the part where his character loses a fight to Jet Li. But eventually he was casted in The Expendables 2.

His birth name is Yen Ji-Dan. Donnie Yen was born on 27th July 1963 in Guangzhou, China. His mother was a Tai-Chi grandmaster. He is one of the biggest action stars of Hong Kong. Donnie Yen is the most diverse martial artist in this list with a formal training in 15 forms of martial arts namely Wing Chun, Boxing, Wushu, Karate, MMA, Taekwondo, Tai Chi, Muay Thai, Kickboxing, Jeet Kune Do, Wrestling, Brazillian Jiu Jitsu, Hung Ga, Judo and Hapkido. With such a diverse martial art portfolio, he holds the 8th rank among the top martial artists of the world. He has also been a multiple times world wushu tournament champion.

His real name is Tatchakom Yeerum. In Thailand he is known by the name Jaa Phanom. Tony Jaa was born on 5th February 1976 in a rural area of Thailand called Surin, in a family of elephant herders. As of today’s date, Jaa’s net worth is about 10 million dollars, which shows how hard he has worked to achieve the status that he holds in the world today. Jaa’s inspiration for learning martial arts came from the action movies of Bruce Lee, Jackie Chan and Jet Lee which he watched as a child. He is an excellent martial artist in art forms like Taekwondo, Muay Thai, Judo, Muay Boran and Wushu.

Jaa has worked in many thai films but his Ong Bak trilogy gave him worldwide fame and the world also realized what a top class martial artist Tony was. After that he worked for many big international projects like Fast and furious 7 and became a well established Hollywood actor.

The last but not the least place in this list of top martial artists of the world is held by Johnny Tri Nguyen, a Vietnamese actor who was born in a small town in Saigon, Vietnam. Later on his family shifted to the United States. Johnny has formally trained in martial arts like Kung fu, Tai Chi, Aikido and Wushu for about two decades now. He has worked with Jet Li in the movie Cradle 2. Before being a well established actor, Johnny has also worked as a stuntman, which now also does as a hobby. He has also worked as a stuntman in Spider Man 2. Nowadays, Johnny is mostly active in Vietnamese cinema only. His net worth is about 15 million dollars.

This list was of the people whom I considered to be the top martial artists of the world. One might disagree with some names on this list but not all. There may be many martial artists in this world who are much better than these people (not Bruce Lee) but are not that much famous. The only reason for that is they don’t want to become famous. These famous film stars are nothing in front of the Shaolin Monks with superhuman abilities. But we can only sort what we know.