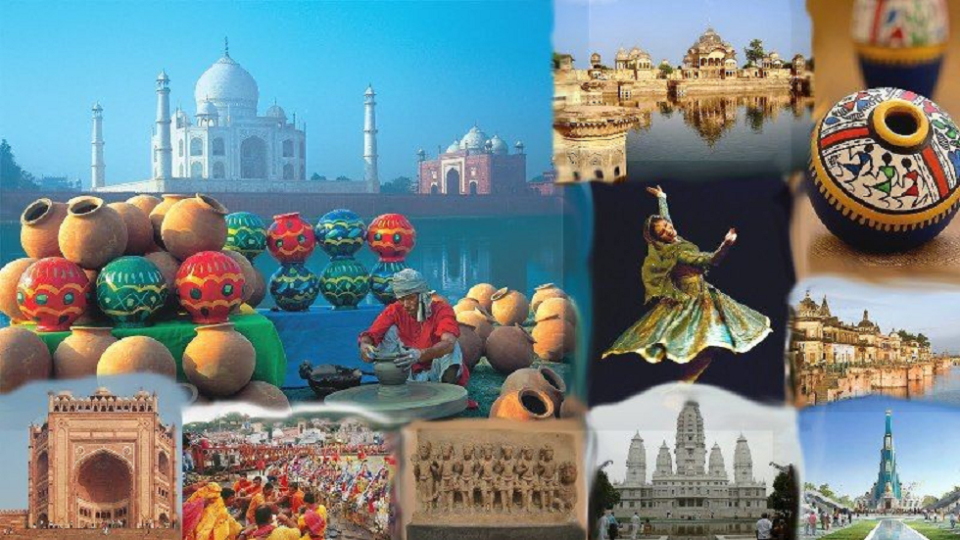 India homes more than 1.3 billion people who belong to 29 Indian states, following 22 regional languages and together makes India one of the most densely populated travel destination globally. India is known for its vibrant cities such as Delhi and Mumbai, its culture and beautiful scenery that attracts millions of international travellers each year. Before looking upon interesting facts about India, let me tell you that India is one of the oldest civilizations in the globe which can be dated back more than 4000 years. At present the country witnesses fusion of many traditions and customs that are reflected in India’s rich culture and its heritage sites. Let’s have a glance at 75 interesting facts about India that remains unknown to many.

1. The name India can be attributed to the discovery of river Indus. Many people settled in the valley nearby river Indus in earlier times and India was named after the river henceforth. The Aryan worshipers of ancient era worshiped the river Indus as Sindhu (now in Pakistan).

3. One of the interesting facts about India is that it provides safety and ailment to more than 30,000 refugees which originally belongs to countries such as Sri Lanka, Bhutan, Tibet, Bangladesh and Afghanistan, particularly those which escaped their country due to political and religious persecutions.

4. India is the country which introduced martial arts to the world that later got spread in other parts of Asia through Buddhist missionaries.

5. One of the most popular games, Snakes and Ladders was developed in India. The game is loved by both adults and children and was created in early 02 AD, originally named as Moksha Patam. When it was created, the game aimed to teach children about the karma behind good and bad deeds.

6. Like martial arts, yoga has its origin in this country which exists in India for more than 5,000 years.

7. One of the seven wonders, Taj Mahal was built during 1631 and 1648 in Agra city of India by Mughal Emperor Shah Jahan. The landmark alone has more than 6-8 million visitors every year.

8. Buddhism and Jainism are the two most popular religions followed by people worldwide and was founded in India in around 500 B.C and 600 B.Cs.

9. Islam is the second-largest religion followed by people throughout the world and India.

10. India has more mosques than any other country in the world, including Muslim nations. At present, there are no less than 300,000 active mosques in India.

11. The oldest European Church and Synagogue built in India can be found in Cochin and were built in the year 1503 and 1568.

12. World’s largest religious building can be found in Cambodia named Angkor Wat which is a Hindu temple. The temple was built in the country at the end of the eleventh century.

13. India holds the rank of the world’s largest film industry. In 2017, around 1,986 films were made in India comprising different regional languages.

14. The Tirupathi temple of India is one of the temples dedicated to Lord Vishnu and was built in the tenth century. The temple is the world’s largest religious pilgrimage destinations bigger than Mecca or Rome with an average number of visitors more than 30,000 each day.

15. Sikhism was developed in India and started from the holy city of Amritsar that was founded in the year 1577.

16. One of the ancient cities in India, Varanasi or Benaras was visited by Lord Buddha in 500 B.C.

18. India is the country which first calculated the value of Pi. Budhayana was a mathematician in India who explained the concept behind pi and what was Pythagorean theorems in the 6th century.

19. Calculus, trigonometry and algebra were developed in India. Along with it, the equations were first used by Sridharacharya in the 11th century. While Romans and Greeks used numbers up to 106, Hindus could use numbers as big as 10*53 which means 10 to the power of 53 in early 5000 B.C.

20. The use of ‘zero’ in the number system was introduced by an Indian mathematician named Aryabhatta.

21. In 100 B.C, the decimal and the place value system were developed in India.

23. One of the interesting facts of India is that it has a space program which is ranked among the top five space research centres in the world even though the program is run with budget constraints.

24. Apart from countries like Japan and the U.S, India has contributed to building indigenous computers.

26. A lake named as Lonar lake in Maharashtra has been built due to an impact made by a meteor 52,000 years ago.

28. Till the 18th century, India was the richest country in the world.

29. Another interesting fact about India is that its homes largest numbers of vegetarians in the world.

31. India has the highest rates of abortion in the world.

32. In London, there are more Indian restaurants than in Indian cities such as Delhi and Mumbai.

34. The worlds highest cricket ground is situated in India. Chail in Himachal Pradesh was built during the year 1893 after a hilltop was levelled. The cricket pitch is approximately 2444 above the sea level.

35. India is the only country in the world to have an ocean named after its name. There are five oceans globally and the Indian ocean is the one which is named after India.

36. The first university in the world was built in India in 700 B.C and was named Takshila.

37. The largest attended events in the world in Kumbha Mela organized in India. In 2001, more than 60 billion people attended the Kumbha Mela from various parts of the world and the gathering was seen from the space.

38. In the 2014 general elections, more than 54 crore people voted. This is even larger than the entire population in Japan, U.K. Australia, and the U.S combined.

39. India is the largest importer of arms and ammunition in the world but never attacked a country or tried to invade.

40. India never hosted any of the Olympic games to date.

41. The highest battlefield in the world is Siachin and is controlled by India.

42. Indira Gandhi is the only female Prime Minister of India till now.

43. The rare white tigers are found only in India.

44. The Indian Railways employs more than one million people which is the largest number of employments in the world.

45. The Indian railways are recorded as the 4th largest rail network in the world.

46. 26th May is declared as ‘The Science Day’ by Switzerland to honour the former President of India, APJ Abdul Kalam.

47. One of the interesting facts about India is that it has the fastest-growing telecom market and provides the cheapest tariffs worldwide.

48. India has the highest number of Post offices in the world.

49. Charaka is known as the father of medicine who consolidated Ayurveda more than 2500 years ago. Ayurveda is one of the earliest schools of medicine ever known to humans.

50. The Worlds’ largest school concerning the number of students is in The City Montessori School in Lucknow which has around 45,000 children.

51. The first country to detect water on the moon is India. The first Indian satellite send to the moon’s surface, Chandrayaan-1 detected water in the moon.

52. The national anthem of Bangladesh, Amar Sonar Bangla was written by an Indian poet Rabindranath Tagore.

53. India is the largest milk producer in the world with an average of 16% of global milk production worldwide.

54. Till British rule in India, the country was regarded as the richest country in the world. This attracted Christopher Columbus who came looking for a sea route to India but discovers America mistakenly.

56. The art of navigating or navigation was discovered in the river Sindh more than 6000 years ago. The word navigation derives from a Sanskrit word ‘Navigatih’ and the word navy from the word ‘Nou’.

57. India has a house which holds the biggest family in the world. The owner of the house has 39 wives, 33 grandchildren and 94 children. The house in which the family lives together has 100 rooms and is situated in Batwang village of Mizoram.

59. One of the popular game’s chess was invented in India.

60. The world’s shortest living women is Jyoti Kisange Amge of India who was born in the year 1993 and is 62.8 centimetres in height.

62. The concept behind shampoo was first invented in India and was known as ‘champu’. Herbs and tree leaves were used to strengthen the hair from falling.

63. You would be amazed to know that India is the largest buyer of gold in the world whereas the U.S has the biggest gold reserves.

64. In India, cricket is loved by the majority of people while hockey is one sport which India excels from most of the countries worldwide. India won gold medals consecutively for 6 times in Olympics in between 1928 and 1956.

65. India follows one single time zone throughout the country.

66. You cannot carry Indian currency out of the country as it is considered illegal.

67. A sharpshooter in India is more than 80 years old and started her career in the late sixties. Shooter dadi or Chandro Tomar was born in Uttar Pradesh’s Shamli and won more than 25 National championships till date.

68. India is a country where popular game kabaddi is originated. The Indian teams make sure that they win every trophy in Kabaddi and have eventually won 5 World Cup trophies to their home. Even the women kabaddi team remains undefeated and wins Women Kabaddi World Cups.

70. India holds the position of the third-largest army following the USA and China. With 1325000 active troops and 960000 reserved troops, India is successfully equipped with nuclear power-controlled ammunitions

71. The Himalayas of India holds 9 highest mountain peaks among the ten highest mountains in the world. Mount Everest is the highest of all and although it is situated in Nepal, it is included in the Himalayan range.

73. The Bandra-Worli Sea link uses steel wires that are equal to earth’s circumference. The cables in the bridge are around 900 tons in weight.

74. In India, the number of travellers travelling by rail each day is equal to the total population in Australia. The Indian Railways connects 7,172 stations and is one of the largest rail networks in Asia which carries more than 23 million people in 12,617 trains each day.

75. World’s first hospital on the train was introduced in India. The train is named as Lifeline Express or Jeevan Rekha Express and includes services such as cancer treatments to surgeries for remote villages in India.