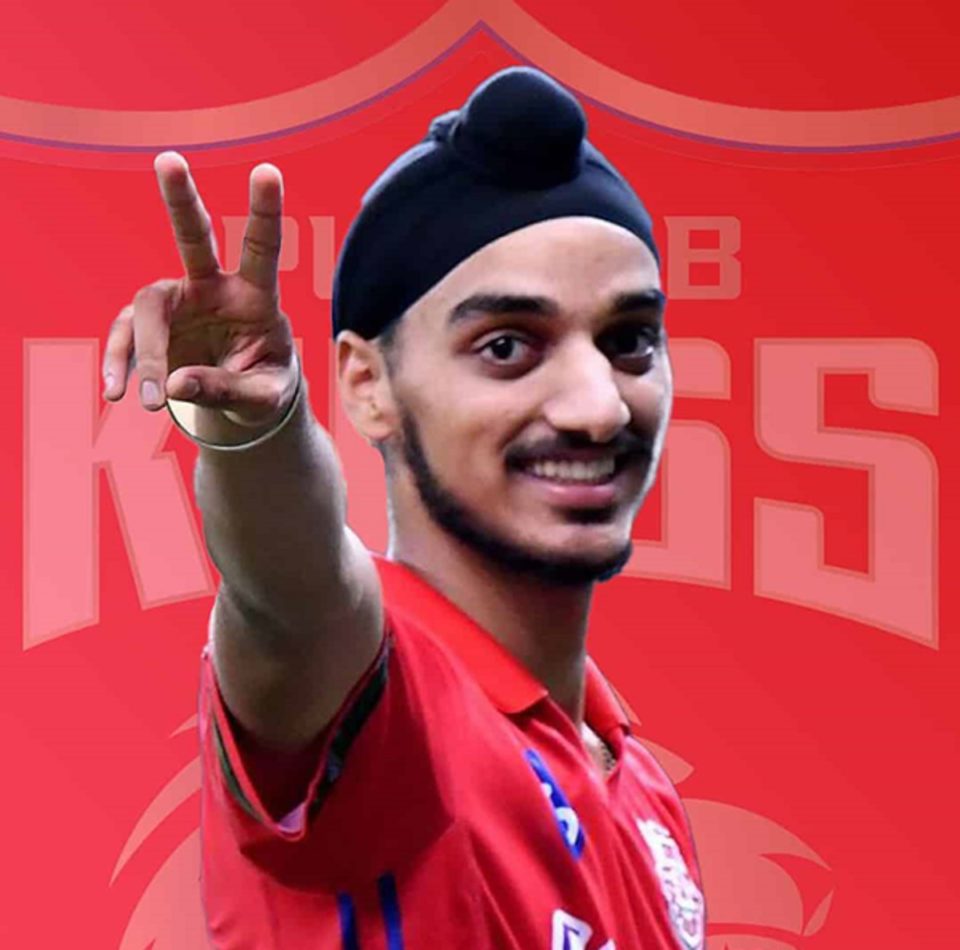 Arshdeep Singh is one of the new faces in the world of cricket who had the worst start in the IPL history. His campaign started with five-wide. However, this young man’s dedication and hard work helped him overcome all odds and he bounced back and earned a maiden India call-up. He is now one of the formidable bowlers in the Indian cricket team’s T20 matches. Arshdeep Singh is a left-arm pacer and wasn’t involved in wickets in IPL 2022. In the 2022 IPL season, Arshdeep Singh grabbed 10 wickets in 14 matches with an economy rate of 7.70 and an average of 38.50.

Arshdeep Singh is blessed with a tall sleek figure of 6’3” height and he uses it wisely. He has skills combined with a temperament of bouncers, pace and slow balls which needs to be delivered with a calm head. He was also rewarded with a call to play in an 18-member squad for five matches against South Africa in the T20I home series. Arshdeep Singh was picked as a net bowler when India toured Sri Lanka last year. He was then added to the squad when many Indian cricketers tested positive for COVID-19. After his name was announced to the team, he said, “I haven’t slept a wink. I was reading and replying to messages all night. On Monday morning, I reached Chandigarh. There was a festive mood in the family. It will take some time to sink in,”.

Born on 5th February 1999, Arshdeep Singh is an Indian cricketer. His birthplace is Guna, a small city in Madhya Pradesh. Arshdeep Singh’s father Darshan Singh is a chief security officer at DCM while his mother Baljit Kaur is a homemaker. Arshdeep Singh has two siblings. On September 19, 2018, he made his List A debut for Punjab in the 2018–19 Vijay Hazare Trophy. He was picked in India’s squad for the 2018 Under-19 Cricket World Cup before making his List A debut.

Arshdeep Singh’s life changed when he was bought for the IPL team Kings XI Punjab in 2018 in an auction for playing in the 2019 season. In the 2019 Indian Premier League, he made his T20 debut with Punjab. He was the second-highest wicket-taker in his team and was appreciated for a fine performance. India has selected him for the 2019 ACC Emerging Teams Asia Cup in Bangladesh. On 25th December, he made his 1st class debut for Punjab in the 2019-2020 Ranji Trophy.

Arshdeep Singh was selected as one of five net bowlers for India’s trip to Sri Lanka in June 2021. Just after positive cases were reported in the Indian team for COVID-19, he was named to India’s national team for the final two Twenty20 International matches of the tour. He was picked to India’s T20I team for their series against South Africa in May 2022.

Arshdeep Singh started playing cricket at a very early age of 13. He played for his school and represented the Chandigarh cricket team in state-level tournaments. Arshdeep Singh got great help from his father Darshan Singh during the initial stages of his cricket career. Apart from him, Arshdeep Singh’s coach Jaswant Rai at GNPS School in Chandigarh also assisted Arshdeep Singh and taught him technicalities.

Arshdeep started playing cricket of note in 2012 under coach Jaswant Rai at GNPS School, Chandigarh. In 2017, he grabbed 13 wickets for Punjab in the Vino Mankad Trophy and 19 wickets for Chandigarh in five matches in the Punjab Inter-District ODI Championship for the DP Azad Trophy. On 10 November 2017, he made his international youth cricket debut against Malaysia U19 at the ACC U19 Asia Cup 2017 in Kuala Vino also represented India Red in the U19 Challenger Trophy in 2017. He picked up seven wickets in this tournament, including a five-wicket haul. As a result of this encounter, he was thrust into the spotlight.

Arshdeep scored his best result of the tournament against Zimbabwe in the 2018 U19 World Cup group stage, bowling with an economy rate of 1.43. He threw 7 overs, allowing 10 runs to the opposing team while also taking 2 wickets. He was called up to the Punjab U-23 team a few months later, and he made quite an impression with the ball against Rajasthan, collecting 8 wickets and a hat-trick in the CK Nayudu Trophy. This persuaded the selectors to call him up to the state squad for the Vijay Hazare 2018/19 campaign, and Arshdeep had a promising start, taking two wickets against Himachal Pradesh.

When Arshdeep Singh had impressed selectors and spectators in the Domestic circle, he was bought by the Kings XI Punjab. This is how he made an entry into the Indian Premier League. His first match was against the Rajasthan Royals team on his home ground in Mohali. He played 3 matches in the 2019 IPL season and his performance kept him in the same franchise ahead of 2020 IPL auctions.

As said by Napoleon Hill, “Strength and growth come only through continuous effort and struggle.” Arshdeep Singh also faced many hurdles and struggles before succeeding. He had to stay fit and get trained but within a limited budget. He cycled for practice to save money carrying his heavy kit bag to the training centre. The distance from his house to Chandigarh’s Guru Nanak Public School is around 15 kilometres which he travelled each day on his bicycle. Though, he never felt heartbroken and had faith in the almighty. No matter how challenging the circumstances were, Singh’s dedication and hard work helped him reach his destination and make the nation proud of him.

To keep his mind sharp and help him throw bowling Yorkers, Arshdeep Singh does yoga and meditation. This is one of the rare abilities that helped him gain a position in the T20 team for the South Africa series as well. Despite the fact that he had to ‘earn everything’ from scratch, this young man accepts that he has gained such a reputation in the world of cricket. In an interview, Arshdeep Singh said, “It (meditation) clears the mind. When there is pressure, there is no substitute to clarity. Being able to stay calm surely helps in a big way,”