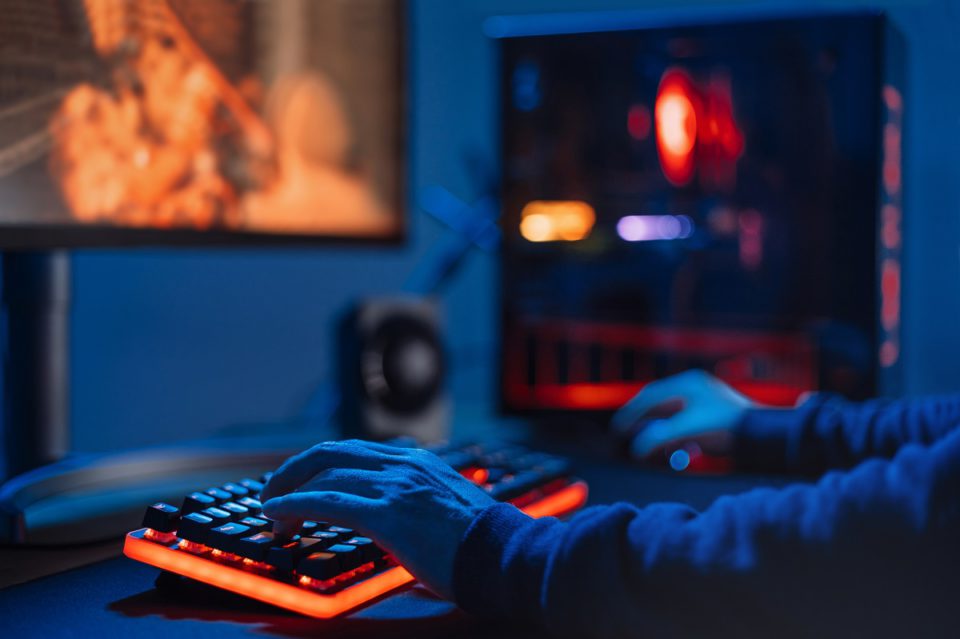 India is home to the second-largest population worldwide of internet users and more than 20% of Android and iOS apps are games. Many of the internet users in India are youth who are digitally savvy and seek new reforms in the games and entertainment industry. Statistically, India represents just 1% of the global gaming market and lags far behind China and United States. But the rapid growth of the gaming sector and the emergence of 5G technology, the Indian sports market is expected to reach 11 billion marks by 2025.

A recent report says the market size of the industry in India is expected to touch Rs11 billion by FY2025 and would be collectively defined by 1.5 million players, 85 million viewers, 20+ broadcasters and several brands, organizers, and publishers. Thus, we can say that esports is in the right place and at the correct time. India has cheap internet services, high-speed data availability and affordable smartphones which again adds to the gaming ecosystem well. But does it mean that esports is the dawn of a new sports era in India?

Esports can be defined as competitive and organized video gaming in which players belonging to different teams or leagues can participate in popular games online. Some of the popular esports games include Counter-Strike, Call of Duty, Fortnite, Madden NFL, Overwatch and League of Legends. All these games are watched and followed by millions of esports fans worldwide who love to attend live video games. Some of the popular streaming platforms like Twitch and YouTube also allow viewers to watch their favourite games in real-time which makes esports easily accessible to all.

Considering esports fan following in India, an Economic Times article says that younger millennials and Gen Z are two main target audiences for the esports industry. But virtual gaming is no longer an expensive entertainment medium for an urban audience who can easily afford it nowadays. Besides, the growing interest seen in esports is expected to rise further with an increase in the number of viewers and esports players.

Reasons behind the rise of esports in the Indian sports market

Effect of the pandemic on the esports industry

Online gaming has kept India’s economy resilient to some extent while the world suffered lockdowns amidst the pandemic. When people were locked in their own homes, the sports industry too suffered severely. But the number of online games kept increasing, so did the use of smartphones. In other words, esports opened new doors for live entertainment where people could enjoy online casinos and esports games.

Ecommerce has always been positive for Indian economic growth and esports is a significant part of it. Hence, many reputed companies have invested hugely in esports to ensure that players are provided with the necessary equipment, hardware and accessories to win the game. Although the games are played online, it requires regular practice and high-performance tools and gadgets. The manufacturers of gaming equipment also guarantee that demand is completed with minimum price and accessibility. In fact, many popular eCommerce platforms like Flipkart and Amazon supply almost every kind of esports gaming accessory to the players at a reasonable price.

Internet speed and enhanced connectivity are major components of online gaming development. It can be said that Indian telecommunication companies have played an important part in developing the esports market in India by offering faster 4G service at an affordable rate besides emphasizing high-speed data transferability. Many advanced gaming development companies have also contributed equally by developing new and entertaining games which can enhance conventional revenue generation means.

With more people joining esports tournaments each year, the prize money also increases as well. For example, the PUBG Mobile India series kept a prize pool worth 50 lakh rupees in the 2020 event. Many players who participate in international esports events also get to win big and that too without having to travel to distant places.

Can esports be good for a career in India?

Indian gaming industry employs not less than 40,000 people currently and it is expected that by 2024, the number will increase remarkably. The good thing is that gaming jobs are gaining attention from the mainstream and having esports in India means new opportunities for professional online gamers. Moreover, esports featured in the Olympics and Asian Games have further fueled interest among people who love online games.

Since the sector seems to be growing and virtual games are more frequent, it can be said that more players would join esports in the upcoming time. More job openings can be expected as a result of it for game designers, techies, content curators and players. Apart from it, supporting roles like commentators, event organizers or data handlers will also get employed because of esports.

Although the esports segment is growing swiftly, it still remains an unorganized sector in India. Presently, the job opportunities for professional gamers are also limited due to the ineffective ecosystem and infrastructure that can promote such a lifestyle. if you want to become an esports player now, you may earn a lot of money but only during events or tournaments. But for sturdy income, you can choose esports industry-related other jobs like a commentator, influencer or artificial intelligence for games developer. However, by 2025, it is expected that more players might join the esports realm and viewership may also grow which can prove a great opportunity for players over traditional sports where the practising and hiring process is comparatively slow.

At present, India needs to understand and promote various scopes behind the esports industry so that more people can join esports gaming as a career, not just as players but for supporting roles also. Many Indian parents are also adjusting slowly to a new form of sports beyond traditional sports like cricket and football but esports has still a long way to go. Many media equate esports with fantasy gaming or gambling which hurts the gaming community sentiments alongside pushing esports towards the grey area. India is witnessing the dawn of a new era that is driven by competitive video games and the millennial workforce trying to break the age-old barrier comprising sports broadcasting segments to replace them with energy and unmatched opportunities like esports.

How to Choose the Best Health Insurance Policy in India?