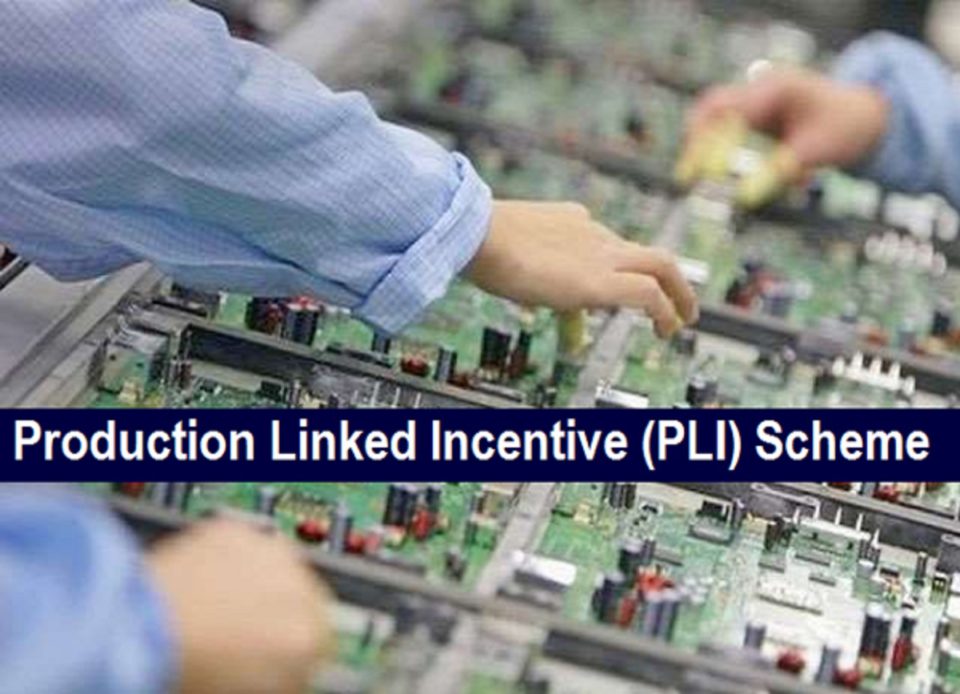 Under the production-linked incentive (PLI) programme, the Centre has allotted 76,000 crores to boost local manufacturing of specific semiconductor items. The effort comes at a time when there is a global scarcity of semiconductor chips that have affected the supply of a wide range of products, including automobiles, laptop computers, and cell phones. This programme aims to provide attractive incentive support to enterprises or consortia involved in the manufacture of semiconductor fabs, silicon optics and sensors, semiconductor packaging, and semiconductor design.

As envisioned by Prime Minister Narendra Modi, the PLI Scheme aims to make India a global electronics hub and to fulfil his dream of becoming Atmanirbhar. Ashwini Vaishnav who is presently minister for electronics, communication and IT stated that “Any country that does not learn to make wafers (semiconductors) will lag behind others in the days to come. Any economy that does not have control over semiconductors, quality, and design, will not be able to move forward”.

The widespread shortage of chips

Industries all across the world have been affected by a lack of semiconductors and chips since the end of 2020. Although capacity in the industry has always fluctuated, the magnitude of the current gap is unusual. As a result of Covid-19, many companies shifted to work-from-home policies, with laptops being distributed and schools embracing virtual modes of education, increasing demand to new highs. Whilst worldwide semiconductor sales declined from 2018 to 2019, they increased by 6.5 per cent in 2020 and are predicted to continue in 2021.

Lack of supply impacted a wide range of business industries. The automobile sector was particularly hard hit. Jaguar Land Rover has dropped its 2021 sales prediction in half, whereas Ford and General Motors have announced extended production shutdowns across the United States. Companies in India, such as Maruti Suzuki, have declared intentions to cut output by 60 per cent on average by September 2021. In September, Indian automotive sales excluding commercial vehicles fell by 20%, with dealers reporting order books above 500,000 units.

What is the aim of the PLI Scheme?

With the PLI scheme, the Centre can give financial help to firms who want to produce a variety of semiconductor items in India. Subsidies will cut the manufacturing costs of all such businesses, pushing them to develop more factories and other infrastructure. It is attributed to the ability to build a viable semiconductor sector that might decrease the country’s importation to meet its semiconductor demands as well as to help in job development.

Will PLI Scheme help the economy?

As per the Centre, the effort will benefit the local semiconductor sector. It has the potential to produce over 1.6 million new jobs, either explicitly or implicitly. Others believe that financial aid may inspire enterprises to invest at tough times, like the prolonged COVID-19 outbreak, by minimising the amount of money that must be risked. Increased government expenditure on such initiatives might be seen as a step toward generating economic demand. In the opinion of some economists, the Centre can play a crucial role in establishing India as a hub for technological goods by offering subsidies to companies.

Some adversaries, however, have opposed the use of incentives to encourage any enterprise. They argue that the burden of subsidies falls mostly on taxpayers, who will be less motivated to work as their taxes go up. Subsidies can also lead to inefficient allocation of resources. It is worthwhile to note that in a market economy, consumption patterns frequently affects investment decisions. Profit-driven businesses would commit money to produce certain items if buyers desired them. Nevertheless, if buyers do not want certain goods, firms aiming to minimise losses will refrain from investing in their manufacture.

These projects can only be sustained if taxpayers are forced to provide the necessary subsidies. Furthermore, when politicians and bankers choose which firms or industries receive subsidies, there is a substantial risk of bias. Opponents further allege that the revenue spent on infrastructure upon this PLI scheme comes from taxpayers’ pockets, which they would otherwise spend around their own interests. Consequently, analysts conclude that claiming subsidies will enhance aggregate demand is false.

The PLI scheme’s success in establishing a thriving semiconductor sector will be determined by considerations besides the degree of subsidies granted to investors. Subsidies can indeed entice businesses to invest in one sector or another, but they don’t have to be adequate or even necessary to attract investment in that sector. Investors are more concerned with the ease of doing business, which is determined by the efficiency of a country’s infrastructure. Several economists even claim that governments only need to create a business-friendly atmosphere in order to increase investment opportunities. They argue that if a country has the appropriate systems and institutions, companies will invest in whatsoever sector as long as it makes financial sense.