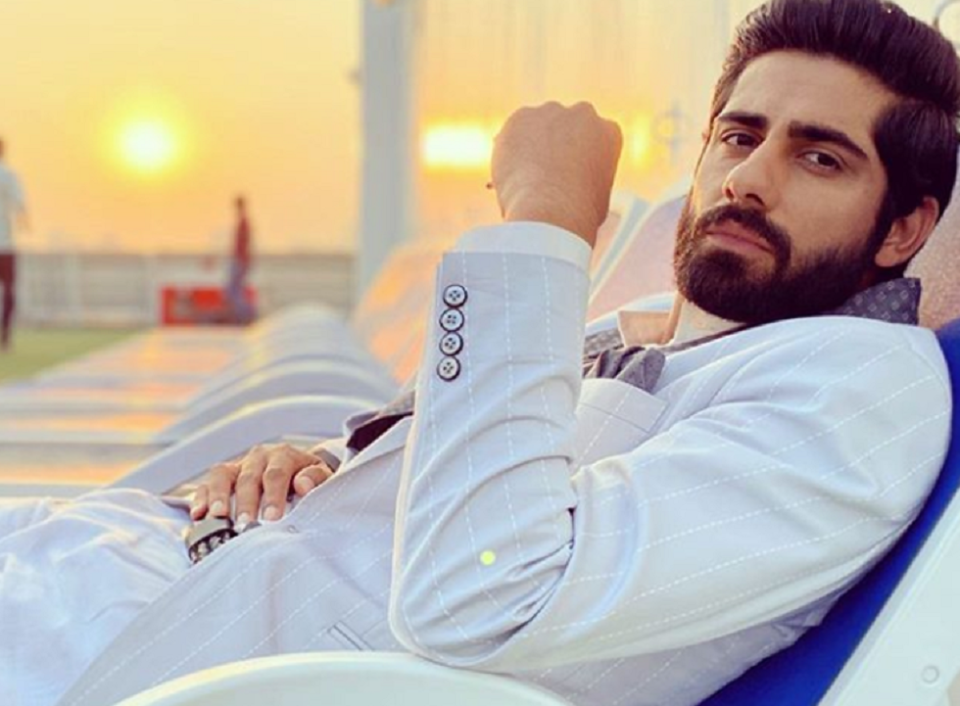 Rrahul Sudhir is among one the young talents who have gained popularity in the Bollywood and small screen industry. He is a dashing and good-looking star who can be seen in various television shows, movies and commercials. Perhaps it is his acting skills and handsome looks that have made Rrahul gain a huge fan following and critical appreciations. More popularly, he is known as Aryan Mathur, a CID officer in ‘Twisted’ directed by Vikram Bhatt. Although he started his career with web series and thereafter appeared first in the Rajaa Beta show premiered on Zee TV, he has become an uprising star in the Bollywood industry as well.

Born in the year 1993 in Jammu Kashmir’s Srinagar city, Rrahul moved to Goregaon in Maharashtra with his family at a very tender age. He completed his schooling at Goregaon Narayan Mallar Joshi Vidya Bhavan.

After completing his graduation, Rrahul had worked as an engineer in some very famous companies like HCL and DELL. He was more passionate about acting and modelling and thus pursued for acting career in Mumbai. He appeared for many auditions for shows and movies. In 2016, he was finally selected for a web series named ‘All About Section 377’. After the success of the web series, he was seen in many others such as Spotlight, Twisted, Maaya, etc.

Rrahul Sudhir’s passion for acting made him participate in various social activities when he was in school and college. After struggling a lot, he got his first chance in a web series where he played the role of gay cosmetics salesman. After doing many web series, Sudhir approached small screen television shows and got a lead role in the Zee TV show Rajaa beta where he played the role of Vedanta Tripathi. With his television show, Rrahul Sudhir became popular and is actively seen in television shows since then.

One of the most popular web series of Rrahul Sudhir is Maaya that got released in 2017 and in the same year, his ‘Spotlight’ and ‘Gheraiyaan’ was also released. Another web series, ‘Twisted’ became a major hit in 2018 and grew Rrahul Sudhir’s fan base immensely.

After gaining fame from web series, Rrahul appeared in various family shows aired mainly on Zee TV. Alongside, he had worked for Bollywood movies like Khaali Peeli and many others.

‘Ishq Mein Marjawan 2’ actor Rrahul Sudhir’s mother died due to COVID-19 more recently. In 2020, Rrahul was too diagnosed with the virus. During his home quarantine period, Rrahul confirmed the news and shared a statement in his Instagram account stating, “Yes I am Covid19 Positive. The symptoms are mild. I am under home quarantine and have isolated myself from my family”.

Amidst the pandemic crises, Rrahul Sudhir shared a heart-wrenching post on Mother’s Day 202 and urged his fans to pray for his mother’s ailment. He wrote an emotional message on his social media account, “Please Pray for My Mother. She could really recover quickly with your prayers and good wishes. #happymothersday.” Few weeks after writing the note, the actor also requested for plasma donors for his mother.

On 24th May 2021, Rrahul Sudhir mother passed away due to the severity of the disease. The actor indeed is facing a tough time since the last few weeks as he juggled between his professional and personal life. Rrahul was seen in both places, for his shooting and beside his mother who suffered from coronavirus.

Some lesser-known facts about Rrahul Sudhir