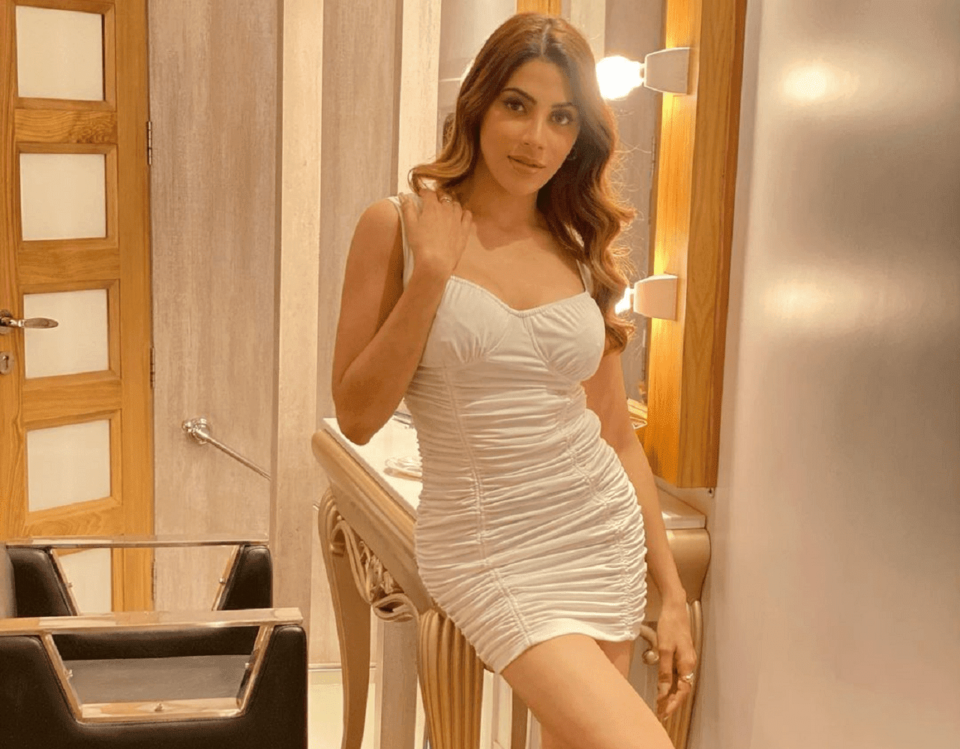 Born on 21st August 1996, Nikki Tamboli is an Indian born actress from Aurangabad city in Maharashtra. She is an actor by profession and has worked for various Telegu and Tamil movies. Her acting career kicked started with a Telegu movie named Chikati Gadilo Chithakotudu released in 2019. In the year 2020, Nikki Tamboli gained more fame after participating in Bigg Boss 14 as a contestant.

Nikki Tamboli is 25 years old actress and was born in a Christian family. Her father’s name is Digambar Tamboli and is a sales representative in HDFC Bank. Her mother Pramila Bodhke Tamboli is rumoured to be in a relationship with a Disc-Jockey, Rohit Gida.

Nikki Tamboli career started with television commercials. She has done various advertisements for famous brands like Shein and Stalkbuylove. Her acting career started with her debut movie in the Telegu film industry and she was appreciated for her very first performance itself. When her first movie Chikati Gadilo Chithakotudu was released, the same year she was seen in other movies like Thippara Meesam and Kanchana 3.

Why did Nikki Tamboli write an emotional message for her brother?

After the sad demise of Nikki’s brother Jatin due to ongoing pandemic implications, she shared an emotional note on her Instagram account stating she is unable to bear the loss of her brother and weeps every night to sleep. Soon after the message was posted, Nikki Tamboli deleted it and stated that ‘A million words would not bring you back

In her new note on Instagram, Nikki Tamboli shared that nothing can bring her brother back and that she has cried a lot. She posted a note for her fan club too which revealed that they were too feeling very sad for her. After reading the note, Nikki Tamboli replied a note with a hashtag #LoveYouAll.

More recently, Nikki Tamboli has been trolled for posting pictures from Cape Town beach in which she is seen wearing a bikini. The netizens accused her of sharing pictures soon after her brother died due to COVID-19 symptoms.

Nikki Tamboli at present is at Cape Town busy with her shoot for an adventurous reality show named Khatron Ke Khiladi 11. Nikki replied the trollers who shamed her for ‘enjoying’ and said ‘I also have my life, deserve to be happy’

Nikki Tamboli reported in an interview that she is receiving many comments and messages regarding her beach photos just after her brother’s death. She said, “Some stupid people are msging me and commenting on my pictures that my brother has just passed away a few days back don’t you feel shame you are enjoying so let me tell you, idiots that I also have my life, I also deserve to be happy if not for myself for my brother as he loves when I stay happy and these people who have no work but only have time to comment and spread negativity I would request you to go and achieve your dreams it will make you and your parents and your loved ones happy too,”

Nikki further added on her Instagram account that she is working as committed despite losing her brother. Her parents too encouraged her to return to work and participate in Khatron Ke Khiladi since her brother would have been equally happy for her if she fulfils her dreams.