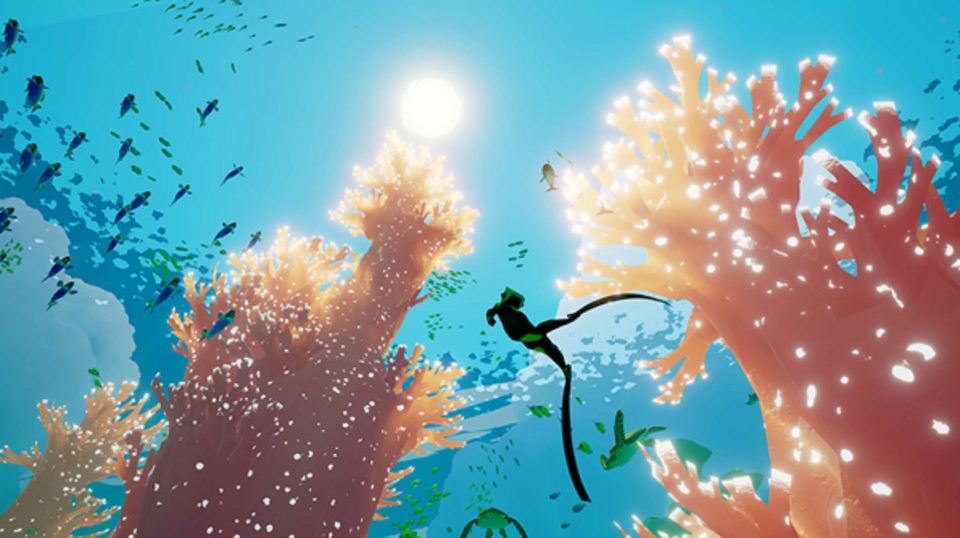 A popular saying, probably four hundred years old says ‘All work and no play makes Jack a dull boy. Although the notion is old, it still applies to us. And what can be a better way to remove stress and get a good sleep than by playing games on our Android and IOS phones? Besides, we are all surrounded by games, whether web built or fast-paced consoles, that can be played occasionally neglecting work-related stresses. Although online games have been subject to lots of controversies recently, we have found a few relaxing games that can prove helpful in reducing stress, enhancing mindfulness and getting you a good sleep.

Alto’s Odyssey and Alto’s Adventure is a runner game that is downloaded for free. This is a relaxing game in which players need to ski down a hill, collect objects and avoid obstacles that come in between. The game has very simple graphics and user-friendly features that can be enjoyed by all ages. Do tricks while playing, and enjoy the mesmerizing views provided in the game background while sipping a cup of coffee.

Another relaxing game for Android users is the skiing-based game called Grand Mountain Adventure. The game uses 3D graphics instead of 2D like other Alto games played online. The graphics are great and the play features are smooth. Although the game can be played under different versions and levels, you can choose the minimalist if you want to relax while playing. Download the base version for free and later you can pay for its premium version.

A cerebral puzzle to relax your mind has been designed by M.C. Escher himself which requires players to work on the cubes through puzzle-solving skills. The game has been designed aesthetically which will soothe your mind and put your entire focus away from stress to solving the puzzle. The game also allows you to design or create play levels once you tap on the pencil and ruler icon. Download Hocus today from the Google Play store for free.

This is a real-time simulation game where you will find an exotic planet to mine natural things and build a mining region. This is more like a strategy development game you can play or simply watch while your mining business flourishes in the online realm. The game also has a piece of soothing background music that will make your mind feel like in a virtual world.

It is surprising to find the Mountain valley game on the list, but when you play it, it actually soothes and de-stresses your mind. Even when you try to figure out one single task, you find will have to offer complete concentration thereby, making you forget about worries and daily stresses. The game has simple designs and solving each level will require your structure manipulating skills.

Another popular Android relaxing game that you might have already installed on your Android or iOS device. In this mobile game, you must run through the subway while avoiding trains, shrubbery, pavements, and the ugly policeman chasing you. You must also collect coins and prizes to use on your journey and after the game. You can play this game for free, or you can link it to your Fb account and start competing against your friends’ good ratings. The game will never end, and you will be able to play as long as you want.

Minecraft is perhaps one of the most popular games played worldwide that can ease up your mind well. The game can be played under twin modes which are both stress-free. The players get a character in the game and can perform many activities such as building, mining and crafting. You can play a single-player or a multi-player game to add more fun.

Yet another stress-relieving game that can relax your mind is Gold Miner which is getting popular day by day. Like Minecraft, you will be a miner and have to snatch diamonds and gold in the game. Every level comes with certain specifications and challenges that will keep you occupied for hours. Accumulate more scores to get to the higher levels.

A newcomer to the Android family and a relaxing game is I Love Hue where you will have to reorganize the colourful tiles just like hues flowing from shades in the sample book. Players can start with the beginner’s mode but gradually, the task becomes complicated. To play levels, you will have to collect and spend prisms, but shall never run short for it because the charm of the game will itself make you a pro with time.

A simple and colour-designated puzzle game, Kami 2 is based on the Origami craft of the Japanese. You will be provided with a multi-coloured canvas of different geometrical shapes. To get the best results, fill the canvas with colours and move as little as possible. The concept of the game is simple yet requires complete focus while solving the puzzle. Once you’ve earned yourself a ‘Perfect’ badge, you are going to be highly satisfied.

Fluid Simulation is one of the relaxing games for Android and IOS users that is based on gesture-based simulation. The apps open into a dark black screen where you need to tap, twirl or swipe fingers to create fluid animations. To play, the app requires multi-touch gestures besides manipulating factors that can make fluid animations customized or reshaped later. The animations are pretty impressive for a pattern. In fact, you can take a screenshot of it to use them as your mobile’s wallpaper.

If you enjoy growing things but are unable to do so in your home location, Viridi is an app that will undoubtedly make you smile. It’s a straightforward simulation game wherein you plant seeds in a pot and watch them grow on your mobile phone. The game has a simple UI and plays soothing music all the time. As a result, it’s a fantastic stress reliever for those who enjoy plants and trees.

Infinity Loop is one of the most relaxing games for Android and IOS users that is based on solving puzzles related to challenging shapes. The shapes are presented in pieces which you have to solve and make a perfect shape by rotating the pieces. The game can be downloaded free of cost, has cool background music, minimal visuals and calming colours that combinedly makes playing Infinity Pool a great experience.

Why Online Lotteries Continue to Prosper

Chia Seeds Versus Flaxseeds: What Should You Have for Better Health Results?

How Much Time Do We Spend on Our Phones?