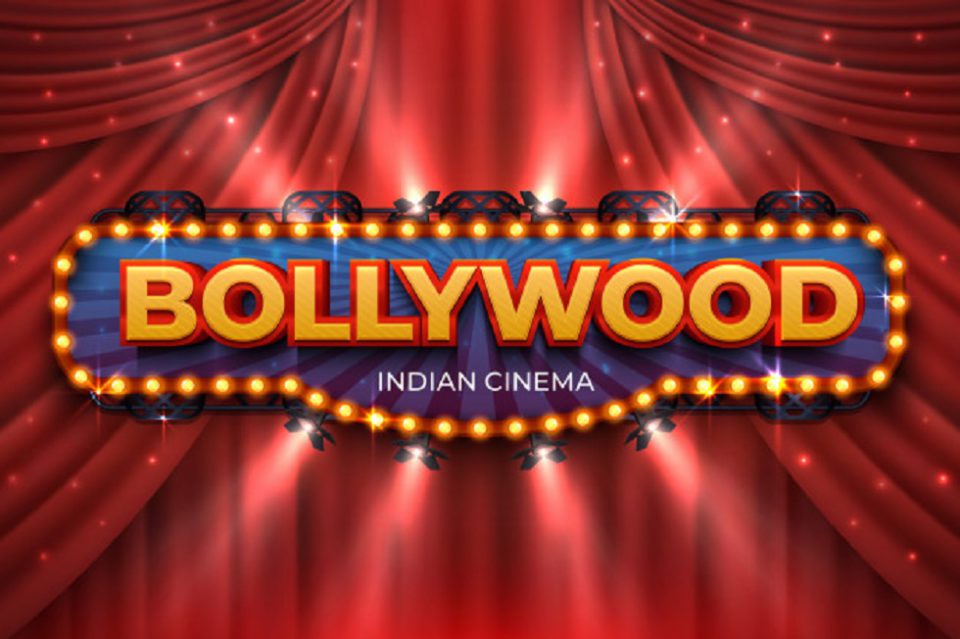 Whether you are new to the Indian cinema or you are looking to check out some amazing movies, here we have the list of Bollywood movies to watch. Sometimes we miss out on watching some really good movies that can teach us a lot and can give a rush to our adrenaline. This list of movies will have some classics to some of the recent favorites including high-profile stars like Aishwarya Rai Bachchan and Priyanka Chopra to the “Khans and Kapoors of Bollywood”. You will have crime thrillers to rom-com to epic dance breaks, all kinds of movies are listed here. So what are you waiting for? Go and check out the Top 20 Bollywood Movies To Watch Now that are listed below.

One of the best Bollywood movies to watch now is none other than Andhadhun. If you are a lover of crime thriller movies, then the Movie Andhadhun is a great choice for you. This crime thriller is a movie we didn’t know we would like but we will surely. Trying an unorthodox approach to his music, the piano player, Akash played by a very talented Ayushmann Khurrana falls into deep trouble. He becomes implicated in the actor’s murder. In fact, the flick will have you at the edge of your seat. You will try to figure out what comes next but you won’t be successful in doing so.

If you want to spice up your next girls’ night and looking forward to watching some good movies, then make sure you keep the Lust Stories on your list. This movie tells you four different stories of women who are on the verge of exploring their sensuality. All the tales are directed by some of the best directors in Bollywood. Hence, you know that you are going to get a good treat.

Talking about must-watch Bollywood movies, Badhaai Ho is that one movie none should miss watching. Breaking the stereotypes, this movie talks about a middle-aged couple who find themselves unexpectedly expecting. The movie deals with the issue that sexuality is often shamed in the Indian culture but the sense of humor was maintained. Ayushman Khurana did a great job playing the role of the couple’s elder son.

As we all know the recent favorite Bollywood couple is Ranveer Singh and Deepika Padukone. So they team up for this movie Padmaavat before their marriage along with Shaahid Kapoor. And it was again directed by the famous director Sanjay Leela Bhansali. This movie is really a masterpiece and it focuses entirely on an eccentric ruler who travels a long distance to kidnap Padmavati, the beautiful Rajput Queen.

If you have watched Ram Leela or Bajirao Mastani from Bhansali’s collection and liked them, then you can’t afford to miss out on this one. It has the same level of aesthetic that will take you centuries into the past. And there is nothing to talk about the mesmerizing performances by Kapoor, Padukone, and Singh.

Talking about Bollywood movies that one should watch, Pad Man is one of them. And if you enjoyed watching the Oscar-winning documentary, Period, then you will surely enjoy watching this really inspiring movie, “Pad Man”. It is inspired by the real-life Pad Man, Arunachalam Muruganantham.

Talking about Bollywood that are worth watching, we can’t just miss out on the very interesting movie, Bombay. With this movie, you will be able to take a history lesson about the 1992 Bombay riots. It is basically a dark moment in the history of India. This melodrama follows a Hindu man and his Muslim bride in a city being torn apart due to religious violence. It was actually a blockbuster Tamil movie, dubbed in Hindi.

Article 15 is a very interesting movie that everyone at least in India must watch. It was released in the year 2019 and holds a very deep meaning. This movie is an unflinching look at India’s still-present caste system. The movie is actually a crime-drama that is based on a true-story to some extent. It shows you a police officer who was reluctant to investigate the disappearance of the three young women who belong to the lower caste.

The movie Monsoon Wedding was released in the year of 1995 and was an international hit. This movie proves that at a single wedding, there happens a lot. To be precise, you will see enough drama and life to fuel a movie. Although it is not an entire long-running TV show. But you will get enough scenes to sit back and enjoy this infectiously joyous comedy film.

If you are looking forward to celebrating women’s day by watching a good women-centric movie, then you must watch the movie Queen. This movie is basically about a 24 years old woman who was dumped by her fiance. And then she goes on a honeymoon all by herself. This movie was released in the year 2014 and is about a love affair, of sorts- between the big world and a woman.

Thappad is without a doubt a must-watch movie for 2020. This movie has a gripping social drama that confronts the practice of patriarchy and what happens when a woman starts refusing to submit to it. Amrita’s world along with her sense of self crumbles after her husband Vikram slaps her at a house party, in front of friends and family.

If you are looking forward to watching a Bollywood movie that is different than the other movies, then you should watch the movie “Ek Ladki Ko Dekha Toh Aisa Laga”. It is a mainstream Indian film about LGBT issues. The story of this film revolves around a young woman who is actually struggling to open up about her own sexuality. This is due to her strong traditional and conservative family. The film will show upbeat romance and will make you cry, laugh, and fall in love with love.

The movie Badla is a must-watch without a doubt. Amitabh Bachchan as we know is the Robert De Niro of Bollywood and the incredible Taapsee Pannu team up yet again for this movie. It is an amazing mystery film about Badal solving the murder mystery of who killed as well as framed Naina for her lover’s death. If you like girl sort of thing, then this movie has major Gone Girl vibes.

If you are a romantic movie lover and want to watch a classic romantic movie, then Dilwale Dulhania Le Jayenge should be the perfect movie for you. It was a very famous movie which was played in all the reputed Mumbai theaters for around 1,200 weeks or for 23 years. This means, more than one generation grew up watching this love story. The movie DDLJ was called the ultimate Bollywood rom-com. This movie is about a young woman and man who meet while inter-railing in Europe. And this movie catapulted Shah Rukh Khan to fame.

Do you have time on your hands? Are you up for a historical romance? If yes, then Jodhaa Akbar is your ideal choice. In fact, the modern classic finds inspiration in the marriage between Akbar, the Mughal emperor, and Jodhaa, the princess of Rajput. The roles are amazingly played by the very famous and very talented Hrithik Roshan and Aishwarya Rai Bachchan. This movie begins as a strategic alliance that later on ended up becoming a marriage of equals.

Priyanka Chopra Jonas made the headlines with this very emotional movie “The Sky Is Pink” in the year 2019. In fact, recalling the movie makes us tear up. The film is narrated by Aisha Chaudhary played by Zaira Wasim. She is a teenage girl who recently passed away due to a terminal illness. In the movie, you will see her telling the story of her parents’ relationship as well as their struggle with their daughters’ illness. As if that weren’t sad enough, The Sky Is Pink is based on a true story.

Gully Boy tells you the story about a young man Murad Ahmed played by a very talented actor Ranveer Singh. He is a 22-year-old college student living in the slums of Mumbai. He holds a passion for hip-hop and the movie is inspired by real-life hip-hop stars namely Divine and Naezy. They took India by storm when they launched their first video, “Mere Gully Mein,” on YouTube in 2015. And it went viral with time. Without a doubt, Singh will take your breath away with every song.

Talking about the classic Bollywood movies, you have to watch the movie called Ankur. It is the very first film by reputed director Shyam Benegal. This is a work of India’s art-house cinema which is known as “parallel cinema”. The movie is about Surya who is the son of a landlord and is drawn to a servant, Lakshmi. And later on, abandons her once she becomes pregnant. The movie is grounded within complicated social issues and a web of power. In fact, it often provides an indictment of society itself.

If you love to watch movies based on true or real-life events, then Mulk is a must-watch for you. This movie is based on harrowing real-life events focusing on a Muslim family. In the family, the son is an ISIS terrorist who was caught and executed. After that, the family was put on trial for terrorism and have no legitimate evidence. This film was launched at an important time as tensions between Hindus and Muslims continue to rise in India.

If you want to watch a different kind of movie, then Love Per Square Foot is a perfect choice. Sanjay and Karina are two young professionals who were tired of struggling to get their own places as single people. So they decided to get done with fake marriage to secure the apartment of their dreams. This movie highlights how it is difficult to get apartments in Mumbai without loans and a spouse. And as a result, these young people are forced to do such shifty schemes.

Want a perfect date night movie? If yes, you should consider watching this flick featuring a love triangle between Vicky, Rumi, and Robbie. Rumi is secretly dating Vicky who is actually a part-time DJ with some of the major commitment issues. However, when Robbie who is understanding and sensitive enters her life, she is tasked with a major decision. To spout a cliche, this movie will take you through an emotional journey, and will surely happy to watch this movie.

Bollywood movies hold emotion, passion, comedy, romance, and a lot more to offer. This list contains the ones I feel are a must-watch. However, there are several other amazing Bollywood movies out there that are worth watching. I would love it if you can share your top 20 list of must-watch Bollywood movies with us in the comment section below. Let us know which movie you liked the most and what has made you watch that movie.