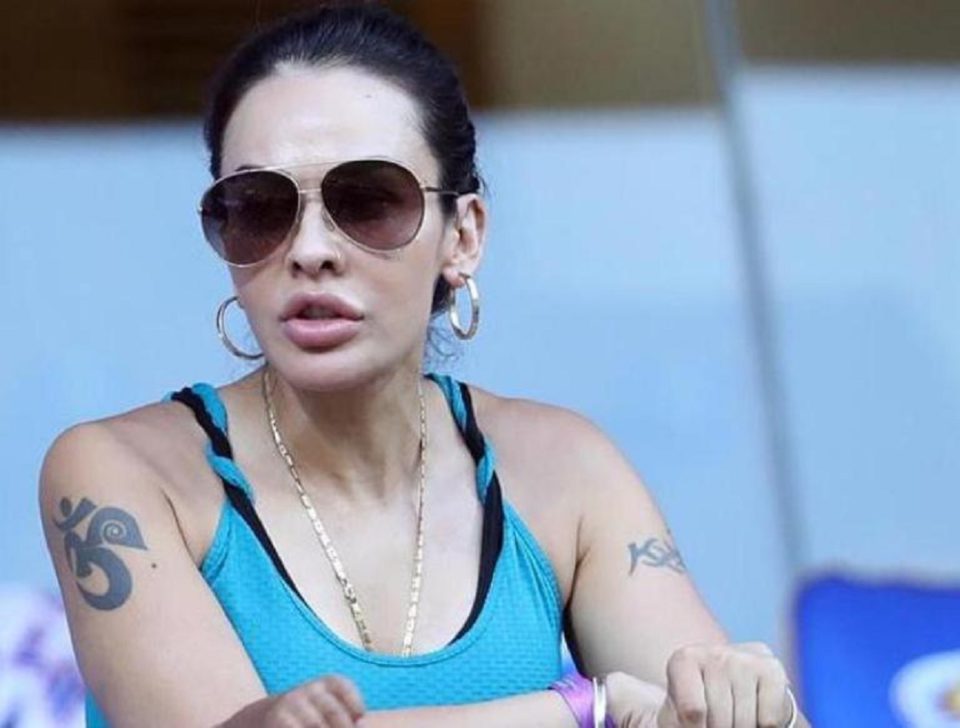 In this article, we take a look at Indian cricketer Shikhar Dhawan‘s ex-wife Ayesha Mukherjee who is Anglo Indian. She grew up in Australia but has strong Indian connections thanks to her love for her father who is Bengali. Liked this fact? We have more!

Cricketers often share with their fans on social media, news about having a new baby, cool outfits when traveling abroad, and even news about marrying a Bollywood celebrity like Anushka Sharma.

Therefore, players of the Indian cricket team are not only in the news for their stunning performance but also make headlines about their personal lives, wives, children, etc.

Indian cricket team legend Shikhar Dhawan has become the center of such a big discussion. If you are also wondering who Ayesha Mukherjee is, what is her annual income, how was her journey with Shikhar Dhawan so far and how did she bond with Shikhar since the breakup of the first marriage, then we will give complete information about all these things in this article!

On 7th September 2021, Shikhar Dhawan got divorced with wife Ayesha Mukherjee. This news has really created panic in the hearts of his fans. This huge thing has come to the forefront and now people want to know more details about Shikhar Dhawan’s wife Ayesha.

The news of divorce between Shikhar and Ayesha came to the public after 9 years. Although Shikhar Dhawan didn’t officially confirm it, Ayesha gave this information through an emotional post on her Instagram handle.

Yes, when the matter of Ayesha and Shikhar’s divorce became known to the public, Ayesha shared an emotional post on her Instagram page with the caption: “I THOUGHT DIVORCE WAS A DIRTY WORD UNTIL I BECAME A 2 TIME DIVORCEE”.

While the news of Shikhar Dhawan and Ayesha’s divorce has definitely left their fans a little disappointed, life goes on.

2. Ayesha Mukherjee Is Anglo Indian, But Grew Up In Australia:

Ayesha Mukherjee was born on 27 August 1975 in an Anglo Indian family in West Bengal. Her father was Bengali and her mother was of British origin. When Ayesha was 8 years old, her father decided to settle in Australia and completed her studies there.

This means that in 2022, Ayesha Mukherjee who is half-Indian will be 47 years of age. The two-time divorcee was able to get married in her 20s and once again in her late 30s. Thankfully, she is very happy with her divorce as on Instagram she seems hopeful for her future as a woman who is going to reach her early 50s. She doesn’t seem to have any form of a midlife crisis either. Her three children keep this Aussie mom quite busy and happy in life, which is why she looks so youthful, in addition there is another fitness secret (which we explain in the point below), which might be why she remains to look so youthful even at the age of 47.

3. She Has Been A Professional Kickboxer:

Apart from being the wife of Shikhar Dhawan, Ayesha has her own identity. But their professional lives can both be categorized in the sports department, because they are athletes in their own right.

Ayesha posts news updates and discussions about her fitness more on social media. She is beautiful in appearance and loves going to the gym and the secret of her looks is that Ayesha takes good care of herself. Exercising is known to help those suffering through divorce because rather than go through a deep depression struggling from societal pressures and the stigma from divorce, getting out of bed and going to the gym helps with releasing good endorphins which divorcees will need during their dark moments. We discuss this point below.

Her divorce from her first marriage was not disclosed. Ayesha Mukherjee fell in love and was married to an Australian businessman before marrying Shikhar Dhawan and their relationship lasted for 10 years. They also had two daughters but they got divorced in 2012.

In 2012, after Ayesha’s first divorce, she met Shikhar Dhawan through Facebook.

So, yes if Shikhar Dhawan and Ayesha Dhawan met each other through the power of the internet, maybe you can meet a celebrity and get married to them too!

For the first time, Shikhar notices Ayesha on Facebook when he was scrolling through Facebook when he saw pictures of Ayesha. Later it was revealed that Harbhajan Singh is their mutual friend on Facebook. Dhawan sent her a friend request. Ayesha had said in an interview, ‘Because I have always loved cricket, I was a friend of some old cricketers on social media. Shikhar saw my picture there and tried to add me. She said that after five minutes of accepting the friend request, Shikhar started chatting with her. She was quite surprised to see this.

After this, the conversation started between the two and later both of them decided to get married. On 30 October 2012, both of them tied the knot of marriage and began what they thought would be a blissful marriage, despite the cricketer’s parents being against this idea. We discuss their point of view down below.

6. Shikhar’s Family Was Against Ayesha’s Marriage:

There was a difference of about 10 years in the age of Shikhar and Ayesha. She is older than Shikhar, due to which Shikhar’s father was against this marriage in the beginning. But after his mother Sunaina agreed to the marriage, his father also agreed to the marriage. After 2 years of marriage to Shikhar, Ayesha gave birth to a son named Zoravar. Shikhar also adopted two daughters from Ayesha’s first marriage, whose names are Aaliya and Riya.

7. Ayesha’s Income and Net Worth:

According to online sources, Ayesha Mukherjee’s exact information about her salary and net worth are not disclosed. But she lives a lavish lifestyle and has an estimated net worth of around Rs 75 crores.