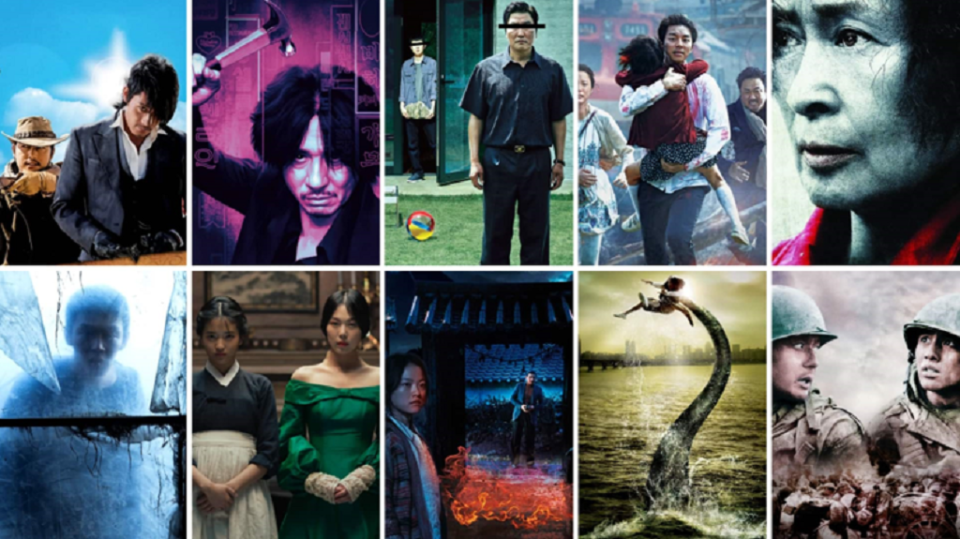 Korean movies have always been loved by us due to the actor’s on-screen chemistry, weird violence and unique storyline. Some of the biggest Korean movies like Busan have received international festival awards while others are popularly watched by global citizens. Among thousands of Korean movies, we have shortlisted some of the best Korean movies which you must add to your bucket list to binge-watch this year.

If you have watched Zinda, you will know about the Oldboy movie story. This one of the best Korean movies to watch this year also has an epic scene where a corridor fight takes place in one of the movie sequences. The storyline of the film is about a man who has been imprisoned for 15 long years without knowing about his captors and explanations. One day he is set free without knowing his answers. Though his revengeful attitude is fuelled and he had to find all the answers in five days.

This is another one of the best Korean movies which is based on the story of a mother whose son has been convicted wrongly. To prove her son non-guilty, she searches for the horrific murderer who kills a young woman.

Poetry is a Korean movie directed by Lee Chang-dong. The story is about a 60-years old suburban woman who shows an interest in poetry. She struggles with a disease named Alzheimer as well and has an irresponsible grandson with her.

Pieta is about sharing a mysterious relationship between a middle-aged woman and an enforcer working for loan sharks. The movie is directed by Kim Ki-Duk. Pieta is more about Christian symbolism besides sexualism which will create an unsettling feeling in you.

The Man From Nowhere

Directed by Lee Jeong-beom, The Man from Nowhere is an action-thriller. In 2010, this Korean movie was on the highest-grossing list. The story of the movie is about a pawnshop keeper who had a violent past. He involves with an organ trafficking racket and drug dealer to save a child.

War Of The Arrows

War of Arrows is another action-thriller movie which is set in the 17th-century style when Second Manchu invaded Korea. The storyline involves a Korean named Robin Hood-esque archer. He seeks to set free his sister from getting enslaved by the Dorgon’s rule of Prince.

Written and directed by Son Jae-gon, My Scary Girl is a romantic/black Korean film that can leave you in splits. The movie is about a man who finds a weird secret about his girlfriend that she was hiding from him while in the refrigerator.

Welcome to Dongmakgol is one of the best Korean movies that is based on the stage play by Jang Jin. The story is about a situational war comedy set during the 1950 Korean war. This was the time both South and North Korean soldiers along with American pilots meet in a secluded village. The residents of the village are unaware of the outside world like war.

Peppermint Candy is directed by Sung-Hyun and was chosen to be the opening film in Pusan International Film Festival showing in 1999. The movie won many awards. The story is about key events a protagonist has to go through including a suicide attempt. The movie reveals the events in reverse chronology and provides the reason behind every action of the protagonist.

My Girl and I

This is one of the best Korean movies are liked by hardcore romantic movie lovers. The film is directed by Jeon Yun-su and is a remake of a Japanese movie named Crying Out Love, In the Centre of the World that has been adapted from a novel named Socrates in Love written by Kyoichi Katayama.

Miracle In Cell No. 7

Directed by Lee Hwan-Kyung, Miracle in Cell No.7 is a comedy-drama about an ill man who is wrongfully convicted on grounds of murder. He develops a bond of friendship with hardcore criminals in the prison and they assist him in meeting with his daughter by breaking her in.

The action thriller movie Sympathy for Mr Vengeance is directed by Park Kwang-Hyun and is the first part of the trilogy, the Vengeance. The film is about a laid of mute and deaf factory worker who kidnaps his boss daughter. He does this to gather money for his sister’s kidney transplant surgery.

Oasis is more about building a sensitive relationship. The movie is directed by Lee Chang-dong who is talented enough to make his audience cry for sadistic sequences. The story of the movie revolves around a convicted person belonging to a hit-and-run case and his daughter who suffer from cerebral palsy.

Another Korean movie based on friendship is Bleak Night that has been written and directed by Yoon Sung-Hyun. The story is about a group of friends studying in a high school, how they reach a point from where they are unable to return and how one of them dies. The story is mysterious and about how friends suffer after the death of one student.

A Man Who Was Superman

A Man Who Was Superman is one of the imaginative and magnificent Korean movies filled with comic sequences. The story is about a snobbish producer who directs a documentary about her neighbour’s intriguing behaviour believing himself to be Superman.

Castaway On The Moon

Castaway on the moon is one of the romantic Korean movies which has a fantasy twist in it. The romantic comedy film has a love story of a suicidal man who is castaway on Bamseom of Han River. He fells in love with an acrophobic woman addicted to Cyworld.

I Saw The Devil