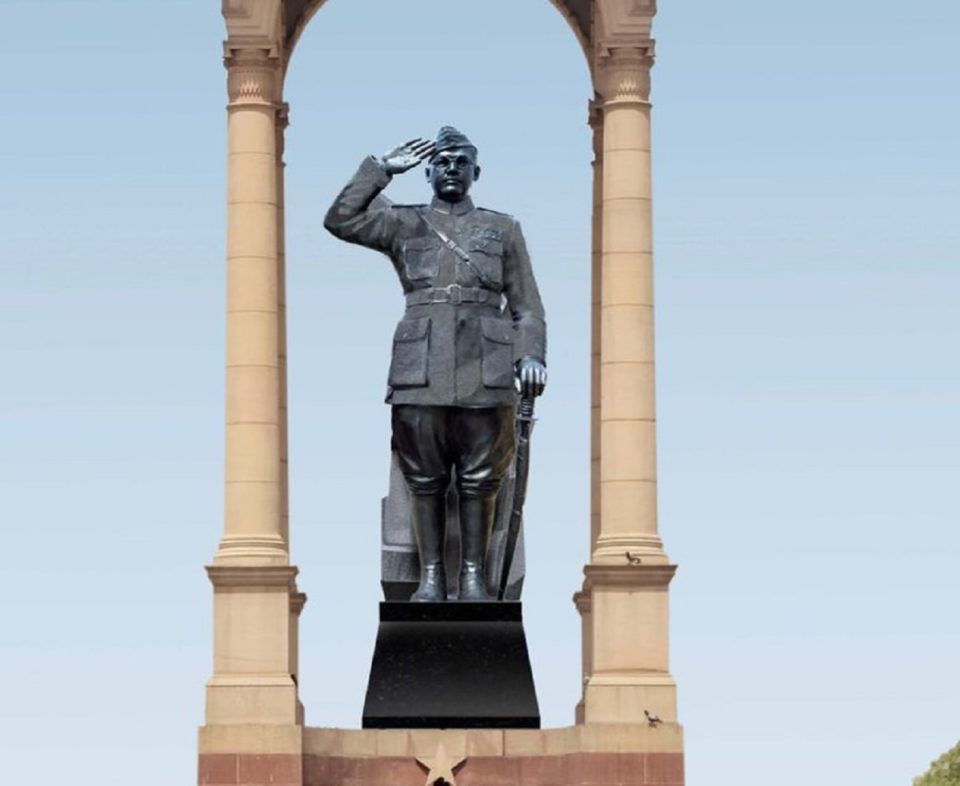 The New Delhi Municipal Council (NDMC) on Wednesday approved a proposal to rename Rajpath as ‘Kartavya Path’. Prime Minister Modi will inaugurate Central Vista Avenue on the 8th of September, 2022. Most of the offices and districts in New Delhi will be shut to anticipate a large number of gatherings post-inauguration in the city. This day can be marked as a big day for the prime minister as he will be inaugurating the newly revamped Kartavya Path which is a long stretch from Rashtrapati Bhavan to India Gate. The ramp is decorated with red granite, canals, greenery and many more.

The government declared Kartavya Path as a symbol of the power of India having public ownership and empowerment. The great makeover also has the statue of a great Indian freedom fighter Netaji Subhas Chandra Bose below the India Gate canopy. The 28-feet tall statue of Bose is part of the Centre’s Rs 13,450-crore Central Vista Project that consists building of a new Parliament building, residences and offices for the ministers, prime minister and vice-president. The south and north blocks and the secretariat buildings flanking Rashtrapati Bhavan will all be converted into museums.

Prime Minister Modi announced in January that the statue of Netaji will be built under the India Gate canopy which was built in 1936 having a statue of King George V. On the 125th birth anniversary of Netaji, the prime minister unveiled a hologram that depicted the statue’s dimensions. In July, the hologram was switched with statute work.

Rajpath is now officially named Kartavya path which was earlier called Kingsway. It is been marked as an important road in India where the Republic Day parade takes place on the 26th of January each year. At Vijay Chowk, it passes through the Sansad Marg and the Parliament House of India can be seen on the right side when we walk from the India gate. This is the place where funeral possessions of major political leaders take place in India.

Most of the buildings beside Rajpath had been designed by Lutyens and Sir Herbert Baker. The road was earlier called Kingsway to honour Emperor of India George V. He visited India in 1911 and officially proclaimed to move to the capital city of India. After India got independence, this road was renamed Rajpath since it means Kings Way in Hindi. The Central Vista Redevelopment Project refers to this road as Central Vista Avenue in documents but the formal name Rajpath has not been changed yet.

About the newly constructed statue of Netaji Subash Chandra Bose

The 28-feet tall statue of Netaji has been carved from a monolithic block of granite. It weighs more than 280 metric tonnes and was transported from Telangana to the capital city of India. The statute has been carved in two months while The National Gallery of Modern Art (NGMA) under the Ministry of Culture, prepared the design for the statue. “According to NGMA Director-General Adwaita Gadanayak, the black granite picked for the statue was meant to be reflective of Bose’s “very strong character”.

To bring a stone 100 feet long, a special truck with 140 wheels was made that helped in the transportation of the rock travelling 1,665 km from Khamman to New Delhi. The statute has been hand-sculpted while all the tools and techniques are traditional. A team of 25 sculptors were appointed for the task and led by famous artist Arun Yogiraj.

Yogiraj belongs to a Mysuru palace family and is the son of noted sculptor Yogiraj Shilpi. He is an MBA and worked with a private firm for a few years before taking sculpting as a full-time job in 2008. One of the best works of Yogiraj is the 12-feet statue of Vedic scholar Adi Shankaracharya at Kedarnath. He is renowned for creating portrait sculptures and started working on Netaji’s statue in Delhi on June 1. Yogiraj told The New Indian Express that the “PM Adi Shankaracharya’s idol very much” after which the two were supposed to meet. He added, “…I started working on a two-foot Bose statue on my own, which I presented to the PM in April. After the meeting, came another piece of good news; I was given the assignment of national importance – the statue of Bose,”.