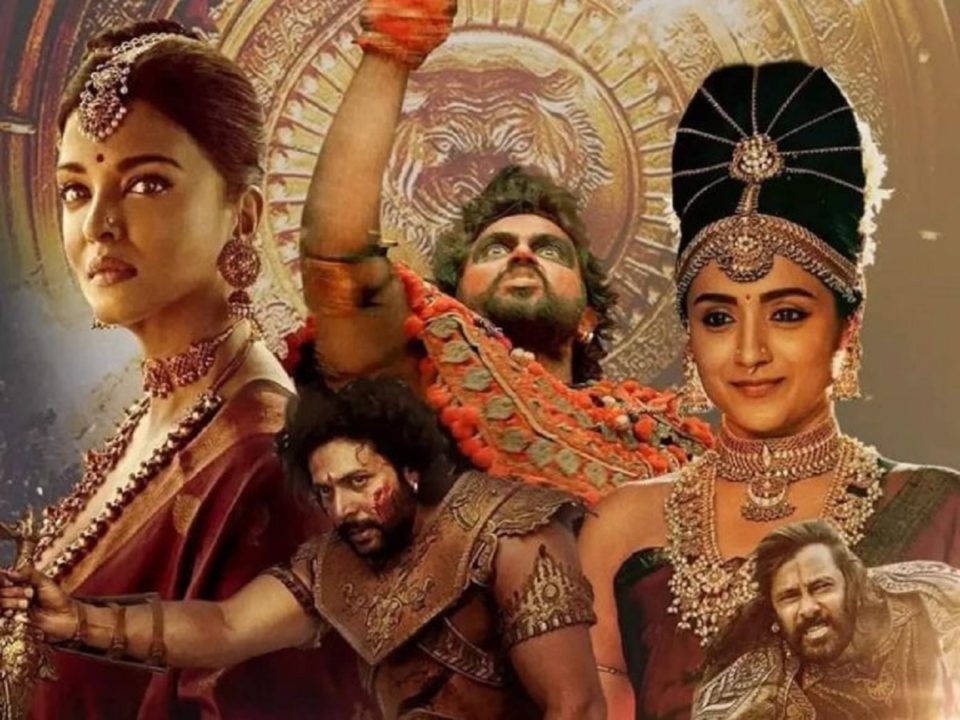 If you are unaware of the story behind Ponniyin Selvan and do not want to read a book comprising more than 2000 pages, here is a quick glance at the Ponniyin Selvan storyline, its main characters and other facts. Ponniyin Selvan is a famous Kalki Tamil novel series that will be screened in theatres all around the country this month and hence, many people are curious to know whether the story of Ponniyin Selvan is real or not.

Well, the story is completely fictional and based on a story that was written in the first half of the 1950s. Ponniyin Selvan had been compiled in five volumes which throws light upon the Chozha history. Although many movies, comics, books and animated series have been adapted from Ponniyin Selvan in the past, a film by Mani Ratnam is expected to be the most important portrayal of Kalki Krishnamurthy’s work.

Ponniyin Selvan has been used by many directors starting from 1958 when M G Ramachandran decided to make a film on the novel. He bought the film rights to the novel for 10,000 rupees at that time but before the shooting began, he met with an accident and was unable to continue with his project. A 32-hour animation film was also made by a Chennai-based animation studio named Rewinda Movie Toons. It started making films in 2008 but took many years to complete.

In 2019, legendary filmmaker Mani Ratnam decided to restart Ponniyin Selvan’s movie production and expects it to be completed in two series. The first will be released on 30th September 2022. Mani Ratnam’s movie will have many superstars like Vikram Karthi, Aishwarya Rai Bachchan, Ashwin Kakumanu, and Vikram Prabhu among various others. The film will be released in five different languages.

What does the title Ponniyin Selvan mean?

Ponniyin Selvan means the son of Ponni or the darling of Ponni. In Tamil Nadu, you will find the river Kaveri which is also known as Ponni. When Arulmozhi Varman was five years old, he accidentally falls into the river while the royal family was out for a picnic. Varman is saved by a woman who is assumed to be mother Kaveri by all and hence, the boy is named Ponniyin Selvan. This incident had been marked important and used many times when unravelling royal family secrets.

Who are the Chozhas in Ponniyin Selvan?

The Ponniyin Selvan series is set between 900 and 950 AD. It refers to the events faced by the Chozha kingdom who was ruled by Sundara Chozha (Prakash Raj). Sundara Chozha is virtually imprisoned by the influential Pazhuvettaraiyar brothers. Even his family members find it difficult to meet Sundara without their permission.

The elder brother Periya Pazhuvettaraiyar (Sarathkumar) is also the kingdom’s chancellor while the younger brother Chinna Pazhuvettaraiyar (Parthiban) is the chief commander where the emperor stays in Thanjai. They grew into such power as the Pazhuvettaraiyar clan proved their loyalty to the Chozhas in battle and the king cannot lose such significant allies.

Kandradithan was Sembiyan’s husband and older brother of Arinjaya, Sundara Chozha’s father. Since Sembiyan and Kandrathinan did not have children for years, Arinjaya was crowned after him. Despite the fact that Madurantakan was born to the couple very late in their marriage, it was decided that Arinjaya’s son, Sundara Chozha, would succeed him.

Chozhas worshipped Shiva but did not persecute Vishnu devotees or people following other religions such as Buddha during their reign. Sembiyan and her husband were no exception to it and they raised Madurantakan as a man of God but he changed his mindset and destiny.

The conflict over the Chozha kingdom’s succession is the subject of Ponniyin Selvan. A comet appears in the sky at the start of the tale. This one is taken as a warning that a member of the royal family will pass away. It is believed that Sundara Chozha would soon pass away because he has been ailing for a long time. Sundara Chozha’s successor, Aditha Karikalan, should take over, but despite being praised for his bravery in combat, the crown prince is also infamous for his irrational behaviour. The public favours his younger brother, Arulmozhi Varman.

A person who thinks Arulmozhi will make a fine monarch is Princess Kundavai, who is renowned for her sharp political analysis. She is preparing Kodumbalur clan member Vanathi (Sobhita Dhulipala), a bashful princess, for marriage to Arulmozhi. Madurantakan is married to Chinna Pazhuvettaraiyar’s daughter and is an uncle to Sundara Chozha’s kids, but he is younger than them in age.

He is preferred by the Pazhuvettaraiyars to succeed Sundara Chozha because it will give them more authority. Other Chozhas supporters are involved in this plot, as is the Pazhuvettaraiyars. The Pandyas are desperately waiting for vengeance at the same time. Aditha Karikalan murdered their monarch, Veerapandiyan (Nassar), and they vowed to exact revenge. They are awaiting a perfect chance to topple the Chozha dynasty.

Is the story of Ponniyin Selvan true historically?

Kalki, the writer of Ponniyin Selvan always claimed that the story behind his novel was historical fiction. Moreover, many of the important characters in the story like Vandiyathevan are never mentioned in the Chozha inscriptions. But it is also true that he married Princess Kundavi. The character Nandini is completely fictional but the assassination of prince Aditha Karikalan who killed King Veerapandiyan was a revengeful act. It is unclear about the people behind the assassination in real.

Arulmozhi Varman did not succeed Sundara Chozha that should have been after the crown prince dies. Rather, Madurantakan, also known as Uttama Chozha ascends to the throne. Many theories can be applied here. Some experts believe that Uttama Chozha forced Sundara Chozha’s hand but others claim that Arulmozhi voluntarily made was for Uttama Chozha. It was alleged that Uttama Chozha participated in the plot to kill Aditha Karikalan. Later, it was determined that this was an incorrect interpretation of the Chozha inscriptions.

Kalki used several inscriptions and interpreted them in many ways to spin them and make an imaginary story out of them. This resulted in the formulation of a story full of conspiracies and intrigue, however, the Ponniyin Selvan story cannot be claimed to be completely true or false. For instance, in Kalki’s case, Madurantakan who ascends the throne is not the same Madurantakan who had a hand in the murder of the crown prince. Arulmozhi steps away from the throne in Ponniyin Selvan. It is after Madurantakan’s era that Arulmozhi is crowned king. He becomes Raja Chozha I and one of the greatest emperors in the Chozha dynasty.