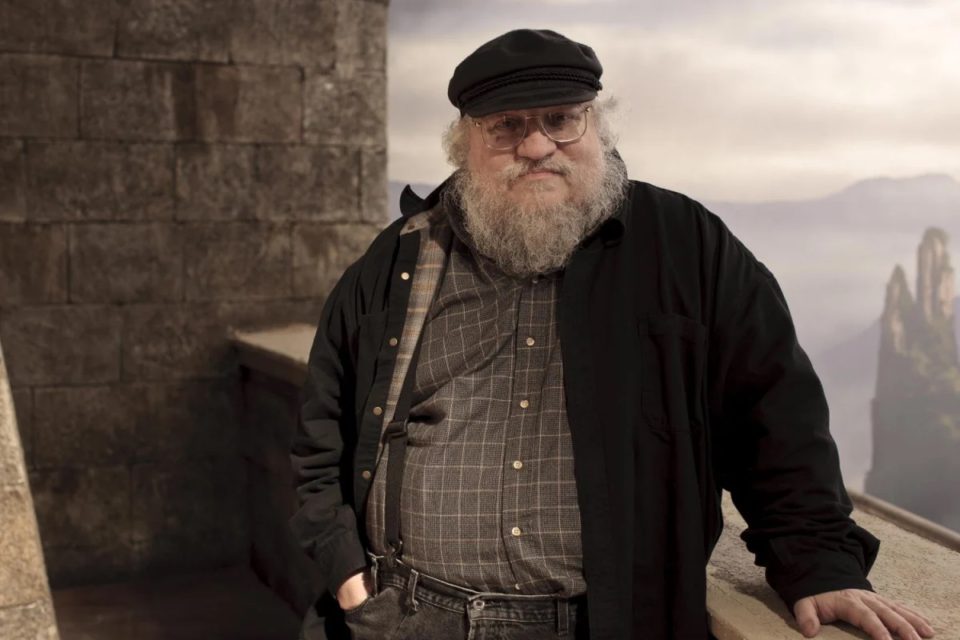 George R.R. (Richard Raymond) Martin, also called GRRM, is best known for his famous work ‘A Song of Ice and Fire which became a popular television series Game of Thrones. He wrote every episode of the series and co-produced it. Martin was born in New Jersey in 1948 and received an M.S and B.S in Journalism from the North Western University. He lives in New Mexico’s Santa Fe.

Martin loved writing fantasy, fiction and horror stories and started penning them down in the 1970s while working as a VISTA volunteer, chess director and journalism instructor. Martin had also worked in Hollywood and the television industry as a story editor. His one of famous works includes Twilight Zone. Martin is also a producer and had produced Beauty and the Beast. He garnered several awards to date as best Novelist, Short Story, Best Dramatic presentation and so on. In 2011, Martin was chosen as one of the most influential people by Time Magazine.

George R.R. Martin graduated with a bachelor’s degree in 1970 and completed his masters in journalism in 1971. He was a science fiction lover and was a high interest in fantasy stories since childhood. His first story was sold in 1971. Martin also received a good status during the Vietnam War as he offered military service by volunteering legal assistance organization in Chicago. He also volunteered for chess tournaments besides writing short fiction. He won a Hugo Award in 1974 for ‘A Song for Lya’ and in 1976, he got a position as a teacher of journalism at Clarke College in Dubuque, Iowa.

George R.R. Martin as a teacher

During a science fiction convention in Milwaukee, Martin met an English professor George Guthridge in the mid-1970s at Iowa. Martin approached Guthridge to give a look at his fiction and write something like it. Ever since Guthridge has been to the finals for both the science fiction and fantasy Nebula Award and the Hugo Award. Guthridge and Janet Berliner’s Children of the Dusk won the Bram Stoker Award for Superior Achievement in the Novel in 1998.

In return, Guthridge helped Martin in getting a good job at Clarke University since he was finding it difficult to survive with writing and chess tournaments. Martin became an English and journalism instructor at Clarke. Later, he started writing in residence at the college from 1978 to 1979.

Martin’s first full-length work was released in 1977 and was named Dying of the Light. The fiction was about a festival on a planet that was near an apocalypse. Two years later, he moved to Santa Fe to become a full-time writer. He received Nebula Award and Hugo Award for his novelette Sand Kings in 1981. Windhaven co-written by Lisa Tuttle also got released that year which is a story about a girl who gains the ability to fly.

Following it, Martin’s Fevre Dream, a vampire novel was also released in 1982 alongside a horror tale The Armageddon Rag 1983. Since the latter one did not do well, the film producer suggested Martin remake the Twilight Zone series in 1985. Martin wrote many screenplays before accepting the famous television series Beauty and the Beast as a writer. He eventually started producing modern fairy tale movies but returned to his long-form fiction in the 1990s.

George R.R. Martin’s one famous work to date is Ice and Fire which evolved as a Game of Thrones web series. It was initially meant to be a trilogy set in an imaginative world comprising Seven Kingdoms in the land of Westeros. The fantasy series have major characters revealing unique style while the plot revolved around politics and battlefield scenes of the ones who intended to rule the Seven Kingdoms. The extensions of Ice and Fire include A Clash of Kings (1999), A Storm of Swords (2000), A Feast for Crows (2005), and A Dance with Dragons (2011).

The first series was adapted by HBO that aired between 2011-2019. Martin scripted for many episodes like ‘Blackwater’ which garnered him a Hugo Award in 2013 for best dramatic representation. Game Of Thrones eventually became an outstanding drama series and Martin won many awards for it. Martin later co-created its prequel series House of Dragons which is based on 200 years before the Game of Thornes setting. He is also one of the executive producers of the show which is been now aired on HBO.

George R.R. Martin is a social person and try to be in touch with his fans. He keeps posting about his work on his website. He has an official fan club named “Brotherhood Without Banners” which aims at sharing ideas and views at the Forum of the website westeros.org. The main intention of the forum is to promote martin’s A Song of Ice and Fire fantasy series. During the yearly World Science Fiction Convention, the Brotherhood Without Banners hosts a hospitality suite that is open to every member of Worldcon.org. Martin is against fan fiction because he thinks it violates copyright and is a poor way for aspiring authors to hone their world-building and character development talents.