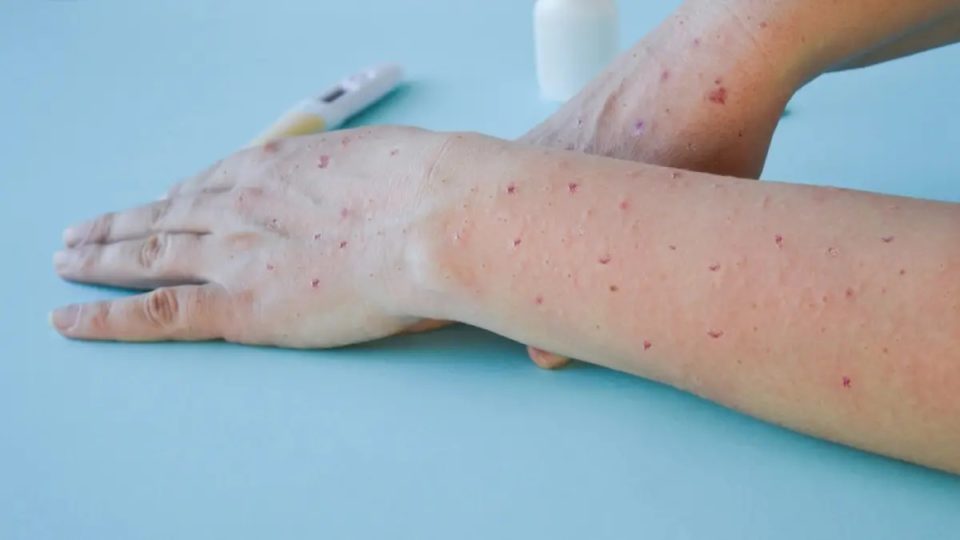 The Union Health Ministry issued health care guidelines for prevention, tests and infection treatment since tomato flu cases have spread across various Indian states, including Haryana, Tamil Nadu, Kerela and Odisha. The acute condition of the infection was first reported in Kerala and recently, Lancet Respiratory Medicine released a journal about tomato flu. It is believed that the flu is very different as it impacts hand-foot-and-mouth (HFMD) caused due to a group of viruses transmitted through the intestine called enteroviruses.

Some of the common symptoms of the disease include joint pain, fever and rash. The Lancet reported, “Tomato flu gained its name based on the eruption of red and painful blisters throughout the body that gradually enlarge to the size of a tomato,”. Although several media channels named tomato flu a ‘new virus’, the testing in the UK seems to indicate that neither tomato flu is a type of flu nor it is new to the world.

In India, this infection was first thought to be an after-effect of dengue which is commonly seen in Kerela. But researchers now claim that HFMD is caused because of Coxsackievirus A-6 and A-16. The professor of virology at the Institute of Liver and Biliary Sciences, said, “HFMD is not a new infection, we have read about it in our textbooks. It is reported from time to time across the country, but it is not very common.”

What is tomato flu?

Tomato flu is a highly contagious infection that can spread from one person to the other via close contact, especially among young children under five. Common symptoms seen among children infected with tomato flu include nausea, vomiting, dehydration, fever, influenza, body joint pain and tomato-like blisters. Although many scientists are trying to find the root cause behind the infection, it is confirmed that the flu is not related to COVID-19 even though it displays similar kind of symptoms. The flu is more like a virus or an after-effect of chikungunya or dengue fever which are transmitted by mosquitoes.

Who can catch it, and how?

As discussed, tomato flu can spread quickly among young children, mostly below five. This can be due to children at a young age coming into close contact with others more than adults. They are also at Hugh risk due to putting things directly into the mouth, nappies or because of touching unclean objects often. But this does not mean adults cannot catch tomato flu. This infection, however, needs to be controlled to prevent an outbreak.  Therefore, health officials are urging people to take additional care to prevent the new disease spread, including being in isolation for a few days once tomato flu symptoms develop.

Why is the tomato flu infection spreading now?

The disease is self-limiting, doctors usually do not prescribe a test for it. At present, tomato flu-infected people are very less and hence, every patient having a viral fever may not be needed to test for it. But we can see a dramatic rise in the number of patients and viral infections these days across the country. And after the coronavirus pandemic, healthcare services have pushed surveillance over new viruses a little further. Though, such surveillance does not mean every individual has to panic now. Rather, if they observe red rashes with additional symptoms, they must report to the nearest medical fraternity at once.

One reason for disease spread can be attributed to the opening of schools after the pandemic. The disease has now started showing some atypical presentations. The tomato rashes red in colour were previously limited to the mouth, tongue, inside of cheeks or gums only but now they can be seen on soles and palms. Many doctors have even reported such rashes in nail-shedding areas and buttocks. Some people confuse tomato flu with monkeypox but doctors say monkeypox rashes are reddish and can be distinguished easily.

Is there a treatment for tomato flu?

Many people believe that tomato flu can be developed after eating tomatoes which is completely untrue. As a result of the red, round blisters that develop on patients, this disease is called tomato fever. To date, tomato flu treatment is not available nor do we have a vaccine for it. Once who are infected with the disease are been treated symptomatically like prescribing paracetamol for fever.

How can tomato flu be prevented?

Since tomato flu is mainly occurring among children, the health advisory says that children with symptoms must be kept in home isolation for about a week until further symptoms develop. Children should also be educated about the virus’s spread and taught about some preventive measures like not touching a dirty object or hugging others. Mainly, children must be encouraged to a hygienic lifestyle to prevent disease spread. If any outbreak is detected in the nearby location, testing must be done to prevent further spread.

George R.R. Martin: The Writer of Game of Thrones and House of Dragons Series

Reliance Industries is All Set to Launch Campa Cola This Diwali

A Couple Of Things To Know About The CBD Oil Tincture