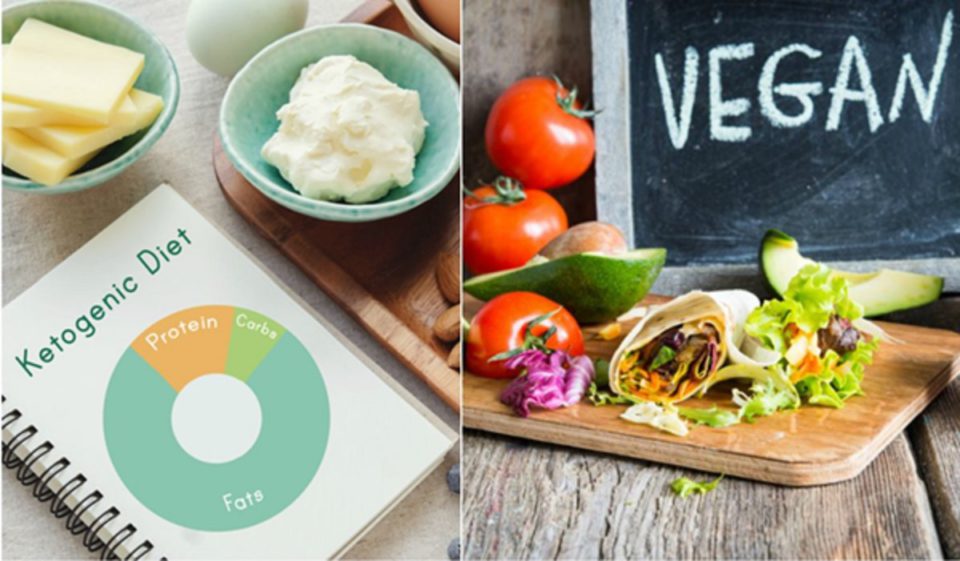 We can easily find the several buzzes on the web concerning weight loss programs. Perhaps, you must have tried a few of them but are still uncertain which one works the best for you. Several nutritional diet plans are available for weight loss, but some are more effective than others. Likewise, the two most significant diet plans that are been followed by the masses are the Keto diet and Vegan food. But which is better for weight loss? And, which one to choose for a long-term benefit? Stick around to find more about the two popular diets and which one proves more effective in weight loss.

What is a vegan diet?

A vegan diet eliminate animal products like poultry, meat and egg or food that has animal-related ingredient like gelatin. Many vegans prefer avoiding honey too. Many environmentalists support a vegan diet for ecological benefits and to cut out water footprint. Even producing meat can create increased carbon emissions besides pollution as compared to growing green plants. Furthermore, health-conscious people choose a vegan diet because it reduces the risk of chronic diseases, such as cancer and diabetes, along with cholesterol and fat.

What is a keto diet?

Keto or ketogenic diet can be dated back to the 1920s when the diet plan was used to treat children with epilepsy. Over time, the keto diet has become a more popular form of weight loss program. It emphasizes mainly food groups such as fat, carbohydrate and protein that can be consumed differently. It works on a principle where the diet is followed in order to place the body into the state of ketosis. This forces our body fat burn instead of creating carbs for energy.

Pros of a vegan diet

Vegan diets increase mindful eating habits, which is one of the reasons people choose them. As opposed to non-vegetarians, vegan diet followers eliminate various types of food from their daily diet, which makes them more selective and conscious. By consent or deliberately, vegans develop mindful eating habits while having their everyday meals.

Various research made over the year found the vegan diet to be effective in weight loss programs. However, this does not mean we need to choose vegan food only to cut our weight. But when we adopt a vegan lifestyle, we need to avoid food that is rich in calories or fat. Even many vegan experts advise taking supplements in case people has any medical deficiency. So, it is always helpful to take health expert advice while choosing any of the diet plans.

Vegan food not only helps in maintaining good health but also reduces our food costs. Many of the legumes that fall under the vegan diet plan are budget-friendly while many can be easily grown in house. Overall, they are less costly as compared to the animal-based products.

Better for the Environment

Vegan food, as discussed earlier are more environmentally friendly and thus prove better for the earth. Moreover, no animals are harmed or livestock farming is encouraged for vegan food.

Pros of the keto diet

The keto diet is a high-fat, low-carbohydrate diet that causes metabolic changes in our bodies. Whenever carbs are not ingested and stored, our body decreases its moisture contents, resulting in a temporary fall in overall body weight. After the first week or two, this levels out.

According to a few research, following a keto diet may enhance some health markers such as lower body weight, and reduced BMI. It is unclear whether all individuals on a keto diet will enjoy such advantages since there is a considerable degree of variety in how a keto diet is followed as well as the types of food consumed.

Some people who embark on a weight-loss plan do something with the expectation of losing weight in the stomach area. Consequently, we have no control over where fat loss transpires. There are some indications that a keto diet can particularly target abdominal fat.

For decades, the keto diet has been used in combination with other medical interventions to treat epilepsy, particularly in youngsters. There is a plethora of data to support the use of the eating program to aid people who do not react to the medicine.

Key differences between vegan and keto

Similarities between the keto diet and vegan food

What one is better for a long-term plan, keto diet or vegan food?

Although the keto diet offers several health advantages such as weight reduction, epilepsy, blood sugar management, and others, it is not suggested as a long-term diet. The cause is due to the excessive consumption of red meat and other fatties, processed, and salty foods that are typically off-limits on the ketogenic diet. Furthermore, research on the long-term consequences of this diet has not been well investigated, so it is best not to take any chances.

As far as the vegan diet is concerned, plant-based diets are generally considered to be healthy long-term eating habits. Some believe that men and women who consume more plant-based diets live 10 per cent longer than those who consume meat. On the other hand, vegetarianism is not an ideal diet, as it can cause vitamin B12, calcium, iron, and zinc deficiencies. So, it is recommended that you must first take advice from a health expert reading your medical conditions and health goals before which, you can easily select your diet plan easily and healthily.

Common Skincare Mistakes That Could Be Worsening Your Skin