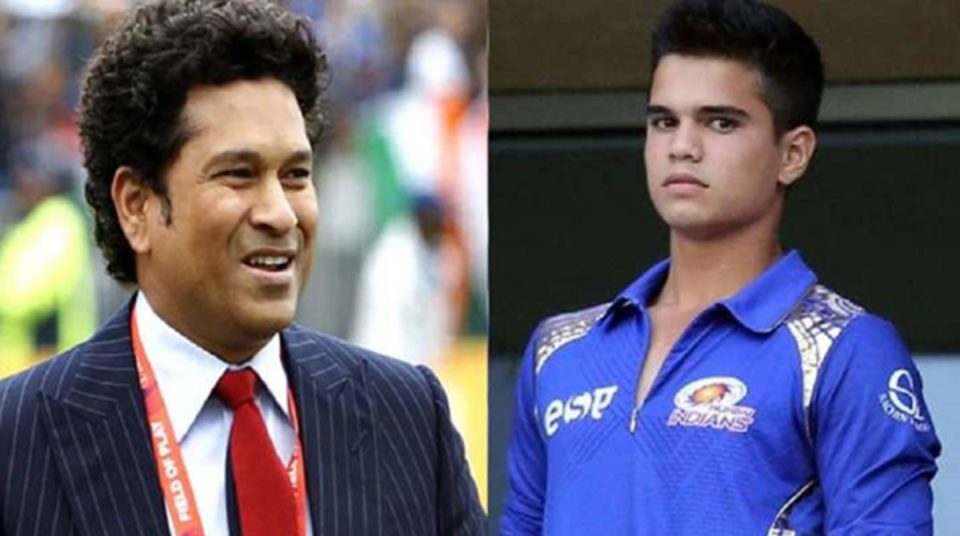 Arjun Tendulkar is a young cricketer who is best recognized for being the son of cricket legend Sachin Tendulkar. Arjun was selected for the Mumbai Under-19 one-day team that competed in the JY Lele invitational tournament in Baroda from September 16 to 23, 2017. He previously represented Mumbai in Under-16 cricket in the 2015-16 season. Arjun, a left-arm quick, has bowled in the nets in the build-up to the Lord’s Test, sending Jonny Bairstow out with an injury concern when he whacked him on the toe with a yorker. He’s also bowled in India’s nets in the past.

Arjun, a tall lanky youngster in his teens, has had the best resources and coaching to study fast bowling, and he has taken full use of these opportunities by building a flared run-up and a real outswinger’s action in the early stages of his career. For his age, he has the ability to get the ball to swing late and at a significant rate. He’s also a capable lower-middle-order batsman who can use the long handle, but fast-bowling takes precedence.

The teen has bowled in the Indian team’s nets on a regular basis, offering him plenty of experience against the finest in the country. He also made headlines when he bowled to the Indian women’s team in preparation for the 2016 World Cup final at Lord’s. Just recently, he made headlines for the right reasons when a Yorker from Arjun speared into the toe of one of England’s finest batters, Jonny Bairstow, before the South Africa Tests.

Arjun has been continuously working with Atul Gaikwad, a mentor and expertise in the aerodynamics and physics of pace bowling, on his bowling action. Gaikwad’s expertise has been put to good use at the National Cricket Academy in Bangalore because he’s been a huge help to Arjun in the early stages of his cricket career. Apart from Gaikwad, Arjun has also trained alongside his father’s teammate Subroto Banerjee, whom Indian Test bowler Umesh Yadav and Vidarbha captain Rajneesh Gurbani have praised.

Arjun Tendulkar was born in Mumbai, Maharashtra, India, on September 24, 1999. Sachin Tendulkar, a well-known Indian cricketer, is his father’s name. Anjali Tendulkar is his mother’s name, and she is a doctor. Sara Tendulkar, his elder sister, is his other sibling. Arjun Tendulkar, like most celebrities, strives to keep his personal and romantic life secret. He is said to have had at least one past relationship but has never been engaged officially. Finding out who Arjun Tendulkar is dating is rather easy, but keeping track of all his chucks, connections, and breakups is more difficult!

It is estimated that Arjun Tendulkar’s net worth in 2021 is around $3 million (₹21 crores).

Arjun Tendulkar received an annual salary of INR 20 lakhs for his debut IPL season in 2021.

Arjun Tendulkar along with his family lives in a beautiful bungalow in Mumbai. His residence is on Perry Road that is also one of the prime locations of the city overlooking the Arabian Sea.

Arjun has been trained by the greatest in the game, including Atul Gaikwad, Subroto Banerjee, WV Raman, and a slew of other legends, since the start of his cricket career. For the past few months, the bowler has been working with the MI team and delivering to hitters like Rohit Sharma, Kieron Pollard, Hardik Pandya, and Quinton de Kock in the nets.

Bowling coach Shane Bond and Director of Cricket Operations Zaheer Khan are keeping an eye on Arjun Tendulkar as he works on his game. According to a person close to the situation, Arjun has been putting in a lot of effort by bowling to the team’s best batsmen.

Arjun Tendulkar made his IPL debut this year when he was selected by Mumbai Indians for Rs 20 lakh, his initial price, in the IPL 2021 bidding. The 21-year-old is a left-arm fast bowler who just made his debut for Mumbai in the Syed Mushtaq Ali Trophy and took a handful of wickets. Arjun hit an unbeaten 31-ball 77 at the 73rd Police Invitation Shield Cricket competition, a week before the IPL 2021 auction. The all-rounder also took three wickets as MIG Cricket Club cruised to victory by 194 runs. Despite the fact that this would be Arjun’s first season in the IPL as a player, he has previously worked as a net bowler for the Mumbai Indians. Last year, he went to the UAE with the team as a net bowler.

Unexpectedly, the Mumbai Indians named a replacement for injured all-rounder Arjun Tendulkar on September. The franchise confirmed that Arjun has been replaced by Delhi seamer Simarjeet Singh. “The Mumbai Indians have added Simarjeet Singh as an injury substitute for Arjun Tendulkar for the remainder of the IPL 2021 season,” the franchise announced in a statement. “After completing the obligatory quarantine as per IPL norms,” it said, “the right arm medium-fast bowler has started training with the team.”. However, details concerning Arjun Tendulkar injuries were not provided which forced them to reveal the name of the replacement cricketer who will play for the rest of the season.

Is India the Team to Beat at The T20 World Cup?

Should You Invest in the Shiba Inu Coin That Rallied More Than 325% in a Week?