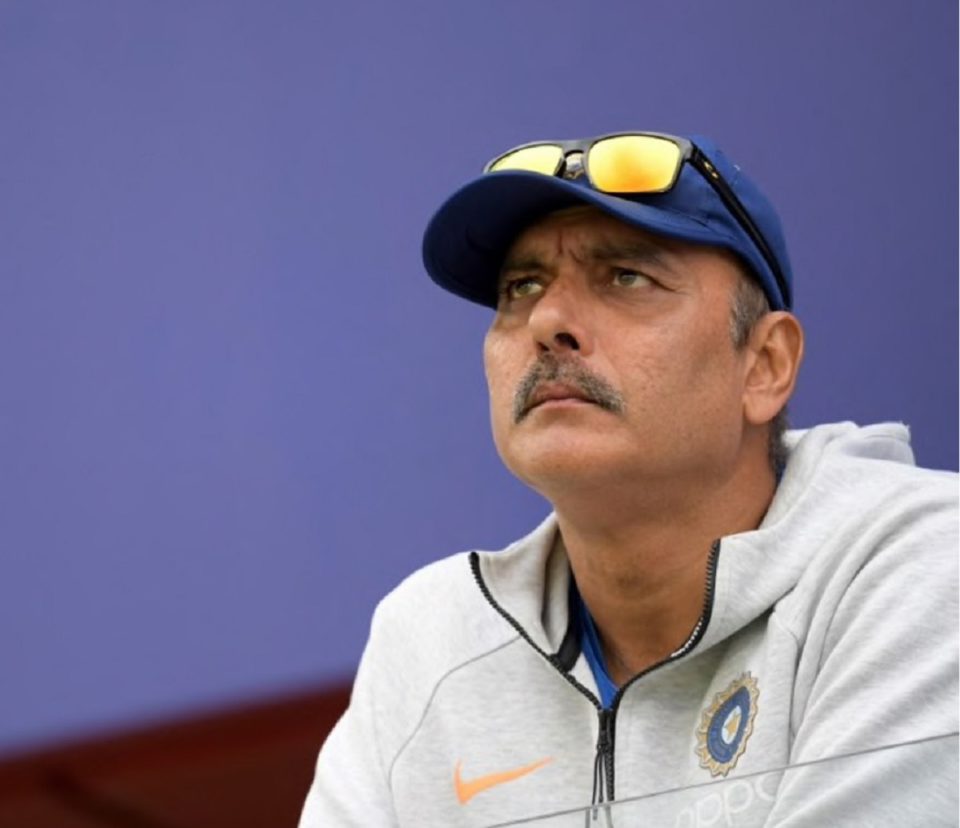 Former Indian cricketer Ravi Shastri is one of the most influential personalities on the cricket field. Ravi Shastri has been a part of many historical moments in Indian cricket. Whether he was associated with Team India as an all-rounder or a cricket commentator or coach, he remained in all three. But it all began when Shastri made his Test debut in international cricket in February 1981 at the age of just 19. After this, he made his ODI debut against England in November 1981. Shastri played 80 Tests and 150 ODIs for India in which he scored 3830 runs at an average of 35.79 and 3108 runs at an average of 29.05 respectively. He had scored 15 centuries and 30 half-centuries. At the same time, Shastri took 159 wickets in Tests and 129 in ODIs, and now after leaving the post of head coach of Team India, he has started commenting again. All of this begs the question: What is Ravi Shastri’s net worth?

Ravi Shastri: What Is His Net Worth In 2022? Is He The Highest Earning Cricket Coach?

Who is Ravi Shastri?

Famous former Indian cricketer and captain Ravi Shastri was part of the Indian team for Test matches and ODIs from 1981 to 1992. Ravi Shastri is a good commentator at present. Ravi Shastri started his career as a left-arm bowler and later he continued to excel in the team as an all-rounder.

After retirement Shashtri was the director of Team India in the 2015 World Cup. Ravi Shastri became the coach of the Indian cricket team after former veteran spinner Anil Kumble was controversially removed from the post of head coach. So far Shastri has proved his worth. Under his coaching, Team India won a historic Test series in Australia. Whereas in ODIs, India made a great record by winning bilateral series in South Africa, Australia and New Zealand.

Where is Ravi Shastri now?

At the moment, he is once again seen doing commentary in the IPL. It is also worth noting that Ravi Shastri had contributed to India’s victory many times in important matches, due to which his name is taken with respect in Indian cricket. He became a commentator and team manager after retirement. His chemistry with skipper Virat Kohli has taken the Indian team to a different level as both of them have an aggressive approach towards the game.

Most of his earnings come from the BCCI. Rohit Shastri, who plays the role of India’s head coach, has a lot of luxury cars along with a luxury house. Ravi Shastri bought this house in the year 2001. Talking about the cost of the house, it is around ₹ 110000000.

Ravi Shastri has cars from brands like Audi, BMW, and Ford. These expensive cars adorn his Mumbai home. Shastri has also received an Audi car as a reward. He received this gift for his outstanding performance in the 1985 Benson & Hedges World Championship.

A coach also plays an important role in cricket, coaches help players to get out of mental pressure. Most of the time a captain guides his players on the field, but off the field it is the responsibility of the coach. A good coach has played an important role in making a team champion in the history of the game.

Ravi Shastri has been paid Rs 8 crore per year in the coaching contract. Which is Rs 1.5 crore more than former coach Anil Kumble. After the World Cup 2019, the BCCI extended Shastri’s contract by 45 days. On 16 August 2019, he was once again appointed as the coach of Team India for two years. Ravi Shastri’s tenure was extended till 2021 ICC T20 World Cup.

As a player, Ravi Shastri played for India in both Tests and ODIs from 1981 to 1992. Although he started his career as a left arm spin bowler, he later made his mark as a batting all-rounder. Ravi Shastri scored 3,830 runs in 80 Test matches for India, which included 11 centuries and 12 half-centuries. He also took 151 wickets in Test cricket. Ravi Shastri scored 3,108 runs in 150 ODIs, which included 4 centuries and 18 half-centuries. He took 129 wickets in ODI cricket.

Ravi Shastri was born on 27 May 1962 in Mumbai (Bombay). His full name is Ravi Shankar Jayadritha Shastri. Ravi Shastri’s father was a doctor. For this reason, children were asked to pay maximum attention towards studies at home. When Ravi Shastri was very young, he used to spend more time playing gilli-danda (a rudimentary bat and ball game which bears many similarities to cricket and baseball, marbles and football-hockey).

Ravi Shastri used to enjoy more sports outside with friends. In childhood, Ravi Shastri had most of the equipment to play and when he got out in any game, he used to stop the game, then all his friends used to listen to him and give him one more chance. Even in cricket, when he got out, he used to run away with the bat. Then his friends used to bring him from home after persuading him that good let’s bat once more. These things are from when he was very young. As he grew up, he came to know that winning and losing are part of the game.

After Ravi S did his schooling at Don Bosco High School, Matunga, he tried his hand at multiple sports before cricket. He also used to play tennis when he was growing up arousing a multi-interest in sports. When Ravi Shastri was in 9th standard, the school’s cricket team was formed and his coach Mr. Desai helped him a lot in learning cricket. It was because of him that he could become a cricketer. His school team also won the championship and that was the first trophy which excited him a lot. It was only after winning this trophy that he decided that now he has to become a good cricketer and play cricket for the country. His decision later proved to be correct and he also played cricket for his country.

The college where Shastri studied has produced many good cricketers. Ravi Shastri was selected for Ranji from Bombay in the last year of RA Poddar College, when he was 17 years and 292 days old.

Ravi Shastri used to play for Bombay in his early days. Bombay also captured the Ranji Trophy under his captaincy. Shastri also played in 4 seasons of county cricket for Glamorgan.

Within 8 months of his debut in Test cricket, Shastri rose from the 10th position to the opening batsman. He got this position because of his calm and intelligent way of playing. By the end of his career, he had played at every batting position. He himself admitted that due to batting, he could pay less attention to his bowling. This affected his bowling. However, in the 1981 Irani Trophy, his record of 9 wickets for 101 runs remained for almost 20 years.

Ravi Shastri has played 80 Tests and 150 ODIs for Team India. In 1985, Ravi Shastri won the Champion of Champions trophy which took place in Australia.

No one can forget the Sharjah Cup of 1985 as India defeated Pakistan in the final by scoring just 125 runs. Shastri was the hero of that match and after that, he was India’s vice-captain for a long time when Gavaskar left the captaincy, Shastri got the captaincy in a permanent form.

Ravi Shastri was considered a very capable captain, but his image outside cricket damaged his career. Also, they used to lose form on urgent occasions. Due to this, he captained India in only 1 test match.

Shastri was dating Bollywood actress Amrita Singh in the 1980s. The two also became engaged and posed together for the cover of CineBlitz magazine in November 1986. However, their relationship soon ended.

The amazing cricketer had to retire at the age of 31 due to a knee injury.

After Ravi Shastri married Ritu Singh in the late 1990, he re-joined as a commentator on TV. In 2003, he became a partner in ShowDiff Worldwide, a celebrity management company. Ravi Shastri’s daughter was born in 2008 at the age of 46. In 2014, he became the director of the Indian cricket team and remained in the post for 8 months.

After joining the Indian team as a manager in 2007, Shastri distanced himself from commentary. Ravi Shastri was also the director of Team India from 2014-16. After this, this veteran was appointed as the coach of Team India in July 2017.

So is Ravi Shastri the highest earning cricket coach?

We can safely say after seeing his CRED ads, and various other 2022 articles that despite being away from the cricket field, Ravi Shastri’s fire continues. He is the highest paid cricket coach. Shastri gets 9.5 crores to 10 crores as salary every year from BCCI. This coach of Team India has more than one expensive vehicle. Ravi Shastri’s net worth is around 58 crores.

World: India Soars High to Become the Fifth Biggest Economy, Ahead of UK