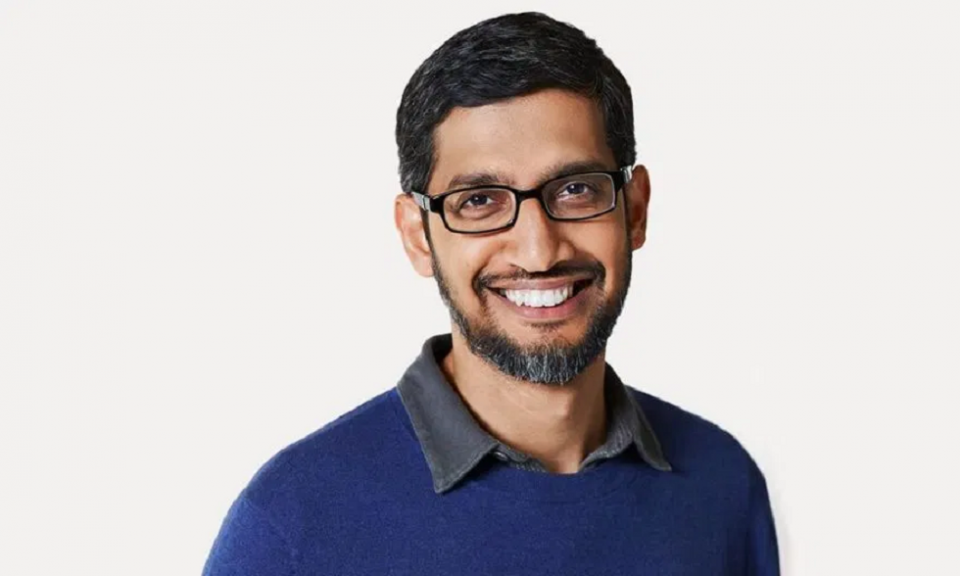 Pichai Sundararajan, popularly known as Sundar Pichai was born on 12th July 1972 in Tamil Nadu, India. He is also known as Indian-born American computer scientist and CEO of both Google Inc and its holding company, Alphabet Inc. He grew up in Madras and slept with his brother in a shabby room of his small apartment owned by his family. His father and an electrical engineer in a multinational company of Britain GEC made sure that his boys received a good education. Since childhood, Mr Pichai showed great interest in technology and possessed exclusive memory for recognising telephone numbers. He earned a degree in metallurgy and a silver from Indian Institute of Technology Kharagpur. He went for further studies at Stanford University with the help of scholarships and completed M.S. in engineering and material science in the year 1995. Thereafter, he settled himself in the US and worked for applied materials and then earned an MBA from Wharton School of the University of Pennsylvania.

How Sundar Pichai got a position in Google

After completing a short time at the management consulting firm named McKinsey & Co., Sundar Pichai approached Google in 2004. He was appointed as the head of product development and management. He worked for Google toolbar initially which included those used by Microsoft Internet Explorer along with Mozilla Firefox Web Browsers so that Google search engines could be accessed easily. In the next few years, Pichai was involved with the development of Google individual browser, Chrome that was made public in the year 2008. That very year, Pichai was made the Vice President of product development and after two years, he showed more activeness among the public. In 2012, he became a senior vice president and after two years, the product chief in both Google as well as for Android smartphone operating system. It can be said that Pichai plays a crucial role in most of the products launched by Google such as Gmail, Chrome, Google Drive, Google maps and many more. He was the one who added Android to the product portfolio of Google. In 2014, he was given the position of CEO in Google by the Co-founder of Google, Larry Page.

How Sundar Pichai became the CEO of Alphabet Inc.

Sundar Pichai showed and interest to work with a microblogging service Twitter. He was touted to be a possible CEO in Microsoft in the year 2014 but in both cases, he got large financial packages to stay with Google. He also helped Google in 2014 while making negotiations worth $3.2 billion for acquiring Nest Labs. It is then Google Co-founders Sergey Brin and Larry Page announced the launch of Alphabet Inc in 2015.  It was a surprise for the world and industry insiders that Sundar Pichai was named as the CEO of Google. In 2019, he was again named as the CEO of Alphabet after Larry Page stepped down. On 4th December 2014, Pichai tweeted, “I’m excited about Alphabet’s long-term focus on tackling big challenges through technology. Thanks to Larry & Sergey, we have a timeless mission, enduring values and a culture of collaboration & exploration – a strong foundation we’ll continue to build on,”.

Alphabet Inc was created after Google reorganised its businesses for conducting its activities in accountable and clearer ways. Google itself became a subsidiary of Alphabet and a division looking upon other Google products like YouTube, Chrome and Maps. Some other products launched by Google were also made a subsidiary of Alphabet. Many analysts believe that Pichai’s elevation as CEO of Alphabet is because of his talent and hard work. The announcement made by technology giant can also be due to stress given upon various ambitious projects like driverless cars, and biotech companies arising from its core company Google which create a business from popular search engines.

Sundar Pichai net worth from Google holdings and Alphabet

In 2013, Pichai was awarded 353,939 restricted shares of Alphabet which had 5 years vesting time. When the shares vested completely in 2018, the proper value of it was $380 million and worth much more as $450 million while the stock was traded at approximately $1300 each. He was given a grant at that time and his shares were worth $184 million. The 2013 stock grant earned Pichai a net worth not less than $100 million and an annual compensation from 2014 onwards. In 2016, Pichai had a net worth around $199 million.

In 2019 December, Sundar Pichai was announced to receive an additional $240 million grant in stock options for the next three years. Alongside, his basic salary is been raised to $2 million. If Sundar Pichai stays at Google for three consecutive years from now, his net worth could be more than $800 million. As the CEO and Director of Alphabet, Sundar Pichai total compensation is $1,881,070. However, 2 executives in Alphabet are been paid even more. Ruth Porat is presently the highest-earning executive in Alphabet with a compensation of $47,292,000.

While most of the CEO’s are paid in the form of rewards and bonuses, Sundar Pichai is paid in the form of value stocks and salary. He earns a whopping $225,961 per hour as reported by FOX news. It is believed that a common man’s salary is equivalent to the problems he/she can handle for their company. However, this 47-year-old multi-millionaire is accountable for developing and growth of many key areas of Google. The Co-founders of Google, Larry Page and Sergey Brin could earn $1 million last year and has a net worth around $56.4 billion and $55.6 billion.

With a net worth of around $600 million, 43,200 crores in Indian currency, Sundar Pichai comes in the list of the world’s richest corporate executives. Reuters states that the CEO of Google has not received an equity award since the past two years as Pichai declined them all for believing that he was being paid too generously through other means.

Sundar Pichai net worth through his property and assets

Sundar Pichai lives in a lavish house which has 5 bedrooms. He lives with his wife, Anjali Pichai and two children, son Kiran and daughter Kavya. The house is equipped with all luxury and modern features along with a tennis court and miniature football ground. The villa is spread in an area around 10,557 square feet which was built in the year 2012 in California’s Altos Hills. He owns a house in India also. The assets owned by Pichai includes a Cadillac, Tesla and Google testing car. All the cars owned by Pichai is estimated to be worth $1.3 million. He also owns a private jet.

Pichai is one of the most highly paid executives in Silicon Valley since 2015. After Sundar Pichai got appointed as the CEO of Alphabet, the revenue and the stock price of the company rose to 80% and 90% respectively.  Although he has been the man behind smooth running of the world most successful information technology companies, Pichai said in one of the interviews, “I will continue to be very focused on Google and the deep work we’re doing to push the boundaries of computing and build a more helpful Google for everyone. At the same time, I’m excited about the Alphabet and its long-term focus on tackling big challenges through technology.”

Know About Disha Ravi and Her Connection With the Toolkit Case