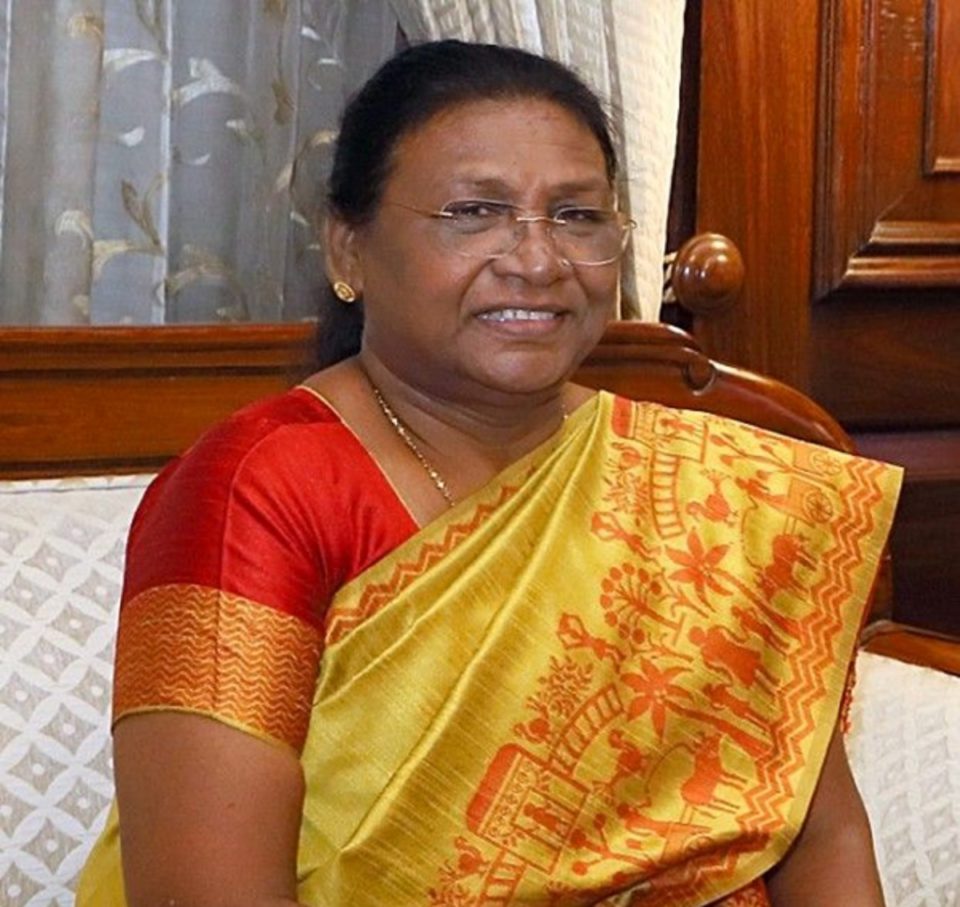 Draupadi Murmu, the former Jharkhand Governor, has been named by the BJP as the ruling National Democratic Alliance presidential candidate on 21st June 2022. If elected, Draupadi Murmu will become a 64 years old leader belonging to Odisha and the first tribal and second woman President of India.

BJP president JP Nadda said, “After discussion with all the NDA allies, we have decided to name Draupadi Murmu as the presidential candidate,”. The announcement was made a few hours post former party veteran Yashwant Sinha’s name was selected as the joint candidate for the July elections.

Draupadi Murmu was born on 20 June 1958 in a Santali tribal family in Odisha’s Baidaposi village in the Mayurbhanj district. Her father and grandfather were both village heads in the Panchayat Raj system. She is married to Shyam Charan Murmu. The couple had a daughter and two sons, both of which died.

Murmu had always been battling poverty and lives in one of the remote and underdeveloped regions in India. Being a tribal, her childhood was full of challenges. Despite all odds, she acquired her Bachelor’s Degree in Arts from Ramadevi Women’s College in Bhubaneshwar. Later, she served as a junior assistant in the irrigation and power department in the Odisha government.

Draupadi Murmu’s political career started as a vice-chairman of the Rairangpur NAC. She had also been honoured in the Legislative Assembly with the Best MLA of the year award in 2007. Her administrative skills and handling power with ministries such as commerce, transport, fisheries and animal husbandry have made Murmu a competitive and experienced candidate for the presidential elections.

Currently, Draupadi Murmu is a BJP member and an official nominee of the BJP-led National Democratic Alliance for the presidential elections in 2022.

Draupadi Murmu started her career as a school teacher before she entered state politics. She had worked as an assistant professor at the Shri Aurobindo Integral Education and Research, Rairangpur along with working as a Junior Assistant at the irrigation department of the Government of Odisha.

Draupadi Murmu was given the Fisheries and Animal Husbandry ministry in 2002. When BJP and Biju Janata Dal allied Odisha, Murmu was made the Minister of State with Independent Charge for Commerce and Transport from March 6, 2000, to August 6, 2002. The same year, she was elected as a BJP district president for the Mayurbhanj district.

Draupadi Murmu became the first women Governor of Jharkhand and the first female tribal leader representing Odisha as the Governor of the State. In June 2022, she has been nominated by the ruling party Bhartiya Janata Party as the National Democratic Alliance’s candidate for President of India for the elections to be held in July.

Draupadi Murmu’s name was considered in the 2017 presidential elections

The Prime Minister of India Narendra Modi tweeted last week, “Her understanding of grassroots problems and vision for India’s development is outstanding,”. Apart from Modi, several senior ministers like Rajnath Singh, Amit Shah and J.P. Nadda have proposed her name along with Sambit Patra, Manoj Tiwari and others.

Draupadi Murmu’s name was considered for the 2017 presidential elections as well but later, Ramnath Kovind won the game. This year, BJP has given her name ahead of the presidential elections in Rajasthan, Gujarat, Chhattisgarh and Madhya Pradesh. The four states have a total number of 128 seats which is reserved for the Scheduled Tribes. Among all, BJP had won just 35 seats in the last assembly elections.

With Murmu winning the presidential campaign, BJP can hope to strengthen its position amongst the tribal voters and get party support from Odisha. At the same time, it is also feasible that Murmu’s candidature might put Jharkhand’s chief minister and JMM leader Hemant Soren in trouble since his party is known for tribal politics.

What Is Agnipath Scheme? Check Salary, Eligibility, Term of Service and Others