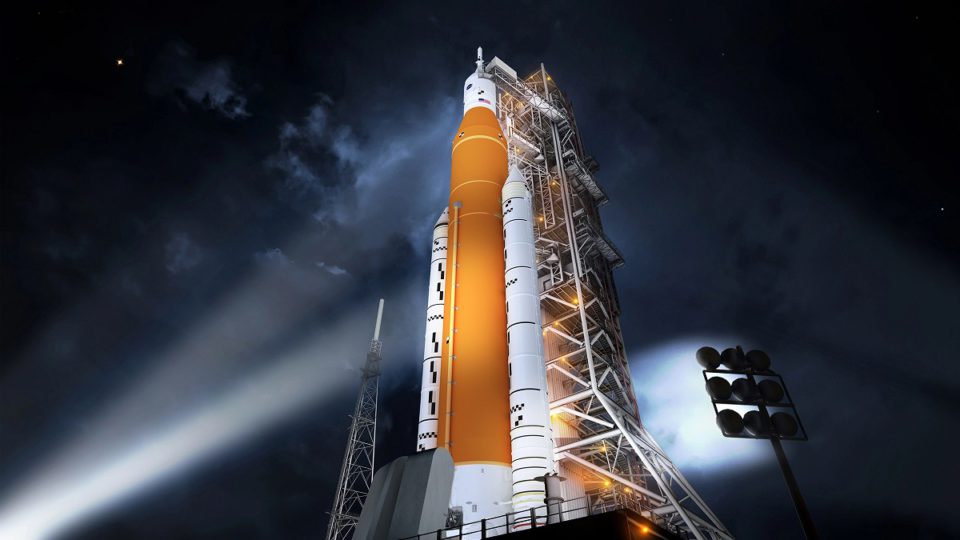 The launch of the latest mission of the US space agency NASA was aborted again on the 3rd of September. This was the second time the Artemis I mission was terminated due to some issues. Earlier, the Artemis I launch was aborted on the 29th of August. The primary reason behind the termination of the mission was the unexpected leakage from liquid hydrogen tanks that were fuelled in the rocket engine. Following the leak, the mission became riskier and the successful launch became out of range.

When the mission was aborted on Saturday, NASA released a statement, “Teams encountered a liquid hydrogen leak while loading the propellant into the core stage of the Space Launch System rocket. Multiple troubleshooting efforts to address the area of the leak by reseating a seal in the quick disconnect where liquid hydrogen is fed into the rocket did not fix the issue. Engineers are continuing to gather additional data.”

The issue was very similar to that of one which happened on 29th August last month. That day, the insufficient cooling in one of the four-engine chambers was noticed that a NASA engineer who worked for a week to fix it. Although they believed that the situation was under control, the launch mishap on Saturday due to fuel leakage called off the launch soon after.

What is Artemis’s mission all about?

NASA’s Artemis mission aims at landing the first woman and first person of colour on the surface of the moon with the help of innovative technologies. The mission will help researchers in exploring the lunar surface more closely than ever before. NASA collaborated with many international and commercial giants to establish the first ever long-term presence on the moon. If the mission becomes successful, NASA plans to send astronauts to Mars in a similar fashion.

NASA’s Artemis mission will allow them to build a base camp on Moon’s surface and in the Gateway of lunar orbit. The elements will help bots and astronauts to get information and conduct scientific research effectively. With the experiments on the moon, perhaps we might get more information about our solar system’s history or how businesses can approach further exploration in the outer world like Mars. NASA also claims that with missions like Artemis, new generations can be encouraged to enter into careers like STEM.

How will Artemis reach the moon?

SLS is scheduled to launch from Cape Canaveral’s Kennedy Space Centre using NASA’s robust new rocket. It will take astronauts in the Orion spacecraft to a lunar orbit that is over a quarter of a million miles away from Earth. For missions to the Moon’s surface, astronauts will dock Orion at the Gateway and switch to a human landing craft. Before travelling back safely to Earth, they will make a second trip to the orbital outpost and board Orion.

They will use commercial lunar payload deliveries to launch a variety of scientific experiments and technological exhibits to the lunar surface beginning in 2022 and continuing during the following ten years. NASA will send two flights around the Moon to test their deep space exploration systems before a lunar surface landing. The launch of Artemis I, an unmanned flight to test the SLS and Orion spacecraft in tandem, is currently being prepared.

From where did the name Artemis come?

NASA has always named its mission after mythological characters. In the 1950s, NASA launched several systems and rockets in space that were named after Greek gods like Saturn and Atlas whose Greek name is Cronos. Both Atlas and Saturn were not only Greek gods but also Titans in Greek mythology. Titans are considered ancient forces of nature that could evoke the vastness of space exploration. Although the Titans were famous for their power and strength, they were also dangerous and eventually defeated the Olympians who represented Greek civilization according to mythology.

In ancient Greece, Artemis was also regarded as a prime deity, worshipped from the first millennium onwards. Artemis was the daughter of the Greek god Zeus who was the chief god of the Olympians. He ruled the world from Mount Olympus’s summit. Artemis was also the twin sister of Apollo who is known as the god of the Sun and Oracles.

According to Greek mythology, Artemis was a virgin goddess of hunting and the wild. She was independent and had enough strength that inspired women to carry out every activity. Since she was the goddess of the wild and animals, she also inspires environmental conservation programs. Artemis is often viewed as an example of female power who rule to take care of the planet.

Although Artemis was very strong, she was caring and kind, especially to the women. However, some claimed that she was blamed for a woman’s sudden death, especially when she was giving delivery. With time, the goddess’s embodiment of this has diminished. Artemis has gained popularity as a symbol of female independence and power as feminism has grown.

What now for Artemis I mission?

Humans’ fascination and intention to reach the moon and beyond grew over time. This made many scientists launch multiple missions to the lunar body since 1969 when Neil Armstrong was sent to walk on the surface of the moon. With the launch of Artemis, NASA intends to begin a new era of space exploration through which humans will reach the moon and delve deep into space. Therefore, NASA is not going to give up its Artemis mission soon.

But NASA is not in a hurry and wants every element related to the mission in place for a successful launch. The space agency said, “We go when we are ready. We don’t go until then… This (launch holdbacks) are part of the space business… We have to be ready for the scrubs (calling off the launch),”. NASA Administrator Bill Nelson stated that the management team will explore every possibility about the mission’s success which will again launch in October.

All You Need to Know About Web 3.0 and What It Brings to India