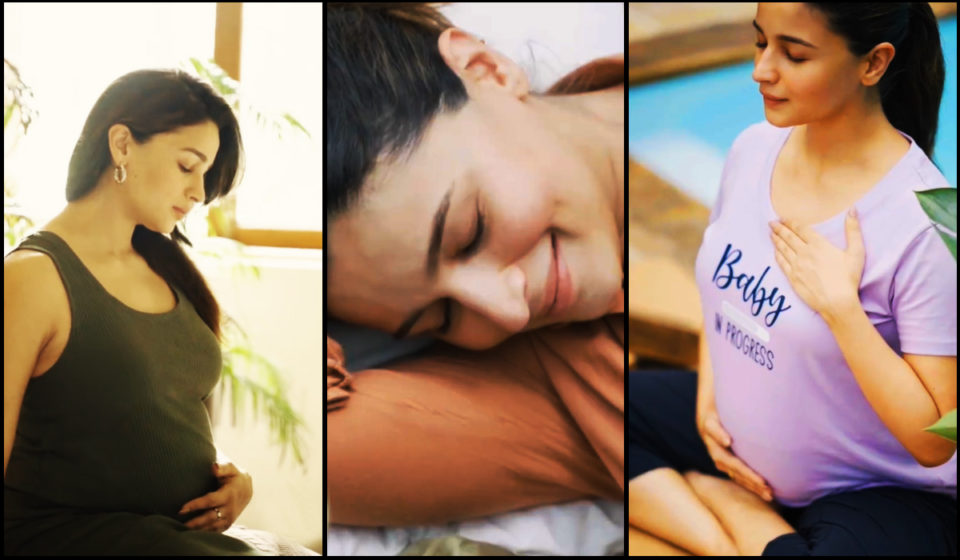 Alia Bhatt and Ranbir Kapoor are soon going to be proud parents of their first child. Until now, the couple had been busy promoting their film Brahmastra after its release.

Taking to Instagram, Alia shared a sling of pictures which she captioned, “just … love,” followed by multiple yellow heart emoticons. In the first picture, the actor dropped a candid picture in which she could be seen along with her husband Ranbir Kapoor. In the second picture, the couple struck a cute pose in which Alia could be seen sitting in front of Ranbir on a sofa kissing his wife on her cheeks.

In the third, fourth and fifth pictures, Alia can be seen along with Bhatt, Kapoor’s family members and her friends. In the last post, she can be spotted praying for her child, with her husband in the background. Soon after Alia shared the pictures, netizens swamped the comment section and dropped heart and fire emoticons. Actor Karisma Kapoor wrote, “Cuties.” Bipasha Basu commented, “Pretty Pretty.” “God bless you both,” a fan commented.

Here, have a look at the pictures:

Alia and Ranbir tied the knot in April 2022. In June, Alia took everyone by surprise when she announced her pregnancy with a picture featuring Ranbir. They were last seen together in Ayan Mukerji’s Brahmastra, which marked their first collaboration. They also fell in love while working on the film together.